Despite moving to Poland, this Wizards fan still finds a way to follow his team

Share All sharing options for: Despite moving to Poland, this Wizards fan still finds a way to follow his team

The Washington Wizards play in the capital of the United States, but fans come from all across the globe. Today, we highlight one of our own longtime community members, Kenneth Rabin, who is also known as WarsawKen.

Given his handle, Ken lives in Poland, as you might expect. However, he is a long-time D.C. resident and has a wonderful story to share.

I had a chance to do a Q&A with him recently, and our conversation is below:

BF: Hi Ken, thanks for sharing your story. Could you start off by talking a little bit about yourself? 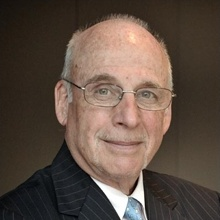 Ken: In February 2001, my first wife, Renee, died of cancer. She and I had gone to hundreds of Bullets and Wizards games over more than 25 years, and she was the one who fought our seasonal battles with the Bullets and Wizards sales team to get better seats at the then-MCI Center (we wound up in 101 L).

Our kids had finished college and lived in Adams Morgan. Our house in Chevy Chase, D.C. was too big and full of memories for me. I was executive vice president for healthcare at a global PR agency at the time, and was enough of a rainmaker (hey, I had plenty of time on my hands, other than going to Wizards games in the bittersweet Jordan years) that when I asked the company president if I could move to their London office, she said yes.

When I was transitioning to London in mid-2002, I went to Oslo to help a client at a cancer congress. I was hanging some scientific posters in the exhibit area, when I noticed a petite blonde trying to hang her scientific presentation and not doing it as perfectly as she wanted (I could tell she was fastidious, she wore white cotton gloves so as not to smudge her poster). I offered to help.

Her name is Anna and she is a Polish medical nuclear physicist. Things led to things, and we married in Warsaw in August 2003... but only after she had passed the test of coming with me to D.C. that Spring for Michael Jordan's last home game as a Wizard. We restored a lovely home in central Warsaw in 2005 and have lived here ever since.

Now, we both consult with a company that makes the liver cancer treatment technology that brought me to Oslo in the first place!

BF: What was the first memory of going to a Wizards game and the best game you have seen?

Ken: In 1975, the Sixers ABA import George McGinnis was pretty much a LeBron prototype, a big wing who could handle the ball like a guard, score from anywhere and mix it up inside. I was teaching PR at AU at the time and the kids were not yet born. Renee surprised me with good tickets to watch the Bullets play the 76ers at Capital Centre. The Bullets won, but McGinnis was thrown out of the game in the first quarter.

The sidebar to this is that Abe Pollin, ever the promoter, hyped the next Sixer home game as "Guaranteed McGinnis Night". Either McGinnis would play the whole game or the fans would get free tickets to another game. We did not go, but in the final minutes of the game, with the result decided, McGinnis went up to the referee and told him to stuff it. McGinnis was ejected and Abe was on the hook for about 18,000 freebies.

The best game I ever attended was a 1978 Eastern Conference semifinal against the Spurs, also at Capital Centre. Renee was home with our year old son, and in the early stage of pregnancy with our daughter. About five guys from our Mount Pleasant neighborhood went. The Bullets beat the Iceman and his mates in a thrilling game. The Fat Lady was there. I screamed "E-E-E-E" so loud and often that I was hoarse for days afterwards.

Ken: My heart says Wes Unseld, but my head says it was the Big E, Elvin Hayes. The man was truly a dominant player. If he had not played in the shadow of Abdul-Jabbar and had been a more outgoing personality, he might well be remembered as a Top-10 player rather than simply a Top-50 player.

BF: How do you follow the Wizards and the NBA from Poland?

Ken: A combination of Internet and Canal+ Sports. We get three NBA games per weekend in the regular season but all of the playoff games. Anna thinks I am nuts when I get up in the middle of the night to log on to Bullets Forever.

BF: With the Wizards unlikely to make the playoffs this season, what do you think are the main issues that need to be fixed on the roster?

Going back to the Bullets as an example. The team had Wes and Phil and some other nice pieces, but Abe had the guts to swap a popular and productive player (Jack Marin) for the (by reputation) brooding, enigmatic Hayes.

Assuming the Wizards cannot lure Durant or possibly Al Horford to Washington as a free agent, Ted is going to have to part with the likes of Porter and Oubre to get a bigger personality.

I would prefer pushing the Hayes analogy to the max, and trying to trade Gortat (this pains me) and Beal (S&T) plus the odd first rounder to get DeMarcus Cousins. I believe Cousins is a game changer.

Regardless, once the renovated core is decided, the talent base of professional basketball players is now sufficient that a nice supporting cast can be assembled... by the right GM.