It's time for Wizards fans to embrace the fifth seed

The Washington Wizards came up short in their late push to steal the three seed in the East. Fortunately, that might have been the best move for them going into the playoffs. That and more in this week's Sunday Summation.

Share All sharing options for: It's time for Wizards fans to embrace the fifth seed

With both the Bulls and Raptors getting wins last night against the Heat and 76ers respectively, the Wizards have essentially clinched the fifth seed. There is still a small window to pass the Chicago Bulls for fourth, if the Bulls lose out and the Wizards win out there will be a... oh you know what who cares? It's time we embrace the fifth seed in the Eastern Conference. Let's just own it, because honestly gunning for the three seed was a fool's errand in the first place.

The three seed was an obvious siren song for many fans and the team itself. On the one hand it would have led to a first round match-up against the slumping Milwaukee Bucks in the first round and home court advantage. That match-up is certainly more appealing to us than facing one of our rivals in Chicago or Toronto, and Washington has played significantly better at home this season than on the road. However, getting the three seed would have probably put a ceiling on how far we could go in the playoffs. Our likely second-round match-up would have been the 2-seed Cleveland Cavaliers, who I think are the true team to beat in the Eastern Conference. No disrespect to the Atlanta Hawks and what they've done this season, they're still a very scary team who will likely kick our butts in the second round. Cleveland has just been the hotter team since early January. Since January 13th Cleveland is 32-8, compared to Atlanta who was 29-11. Of course, I understand that 3 games is not a big difference for 3 months of basketball. However, I would argue that we still haven't even seen the best of what Cleveland has to offer. Playoff LeCron would be extremely tough to handle, and he would probably put on some of the best all-time #WizardKiller performances. I also think either Kyrie Irving or Kevin Love is primed to go bananas in their first trip to the NBA playoffs. So unfortunately, I think we're still one Kevin Durant/Head Coach away from beating Cleveland in a 7-game series.

We currently have a 74% chance of facing the Chicago Bulls in the first round, which compared to the Raptors, is a favorable match-up for us. Our potential second-round match-up against Atlanta will require a Herculean effort from John Wall and co., but I believe it is still the easier route to a potential ECF berth. The Hawks have struggled a bit recently, at least compared to the success they had earlier in the season. They've dropped 5 of their last 12 games, including bad losses against Charlotte and Detroit. They also have the added distraction of Thabo Sefolosha and Pero Antic's current legal troubles. Don't get me wrong, I realize it's far-fetched to think we could take a 7-game series from Atlanta but that's what the playoffs are all about.

Enjoy it Washington fans, for all we know it could be another 36 years before we see a Wizards team this good. 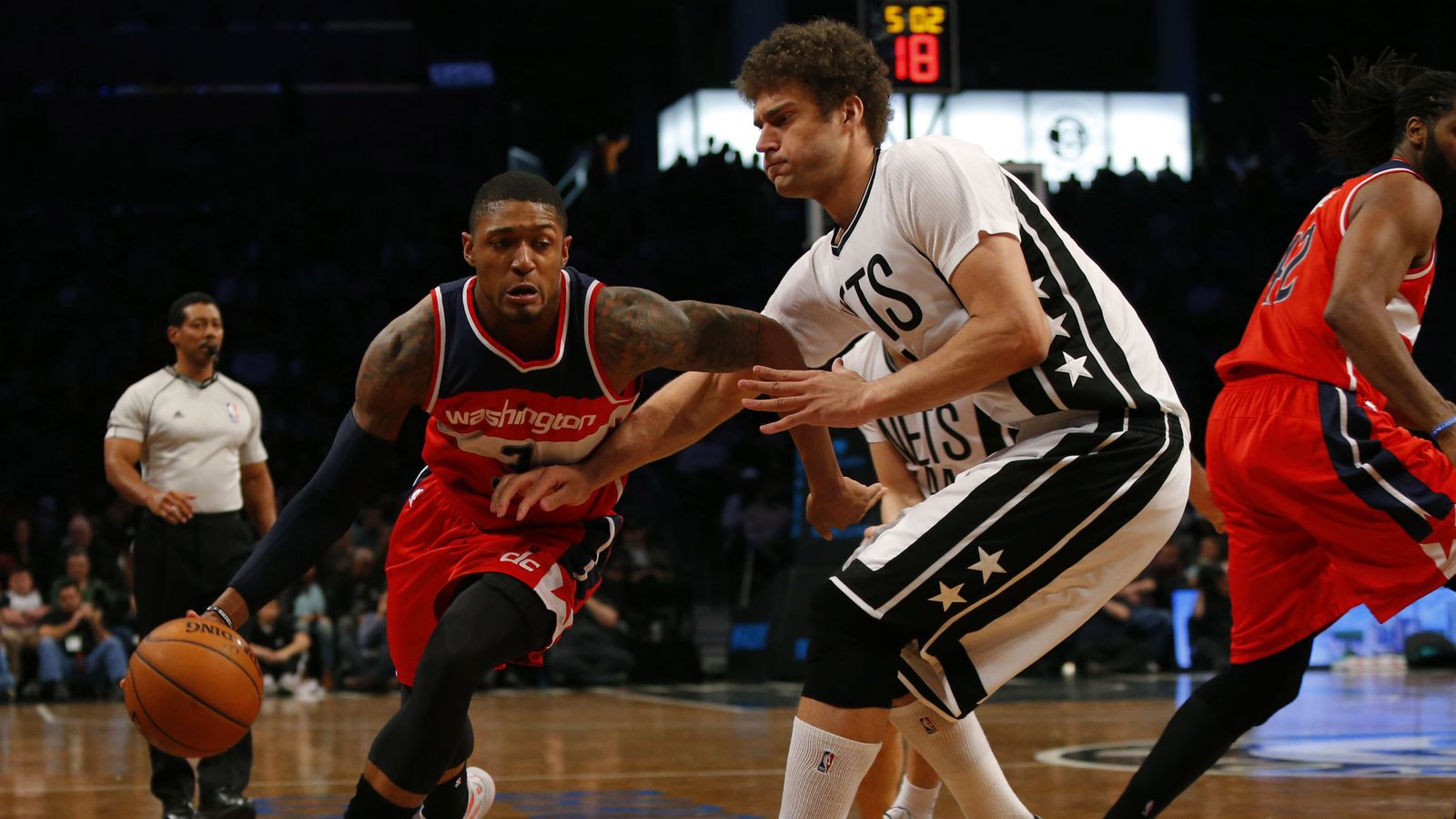 Bradley Beal's return from injury has been somewhat rocky. His three-point shot was not falling the way it used to, and his confidence seemed to be at an all-time low. His future was for the first time beginning to look uncertain with the Wizards, who may have balked at the idea of giving him a max contract come free agency time due to his slower than expected development. While these last couple weeks are a small sample size, it can give us some confidence that Beal can still be a worthwhile max-contract guy.

In his last seven games, Beal has averaged 19.1 points per game which is well above his season average of 15.2 per game. The interesting aspect of his increased scoring has been that for a majority of it he hadn't been shooting the three-ball confidently. In the 17 games since his return before this week, he only has two games where he hit more than two 3's. Furthermore, he only made 33% of those attempts (21-64). This week we saw a much more confident and accurate Bradley, who went 3-3 on Wednesday for 21 points and 3-4 on Friday for 24 points. Let's hope the shots keep falling for him into the postseason, and we see a reemergence of 2013-14' playoff Beal. 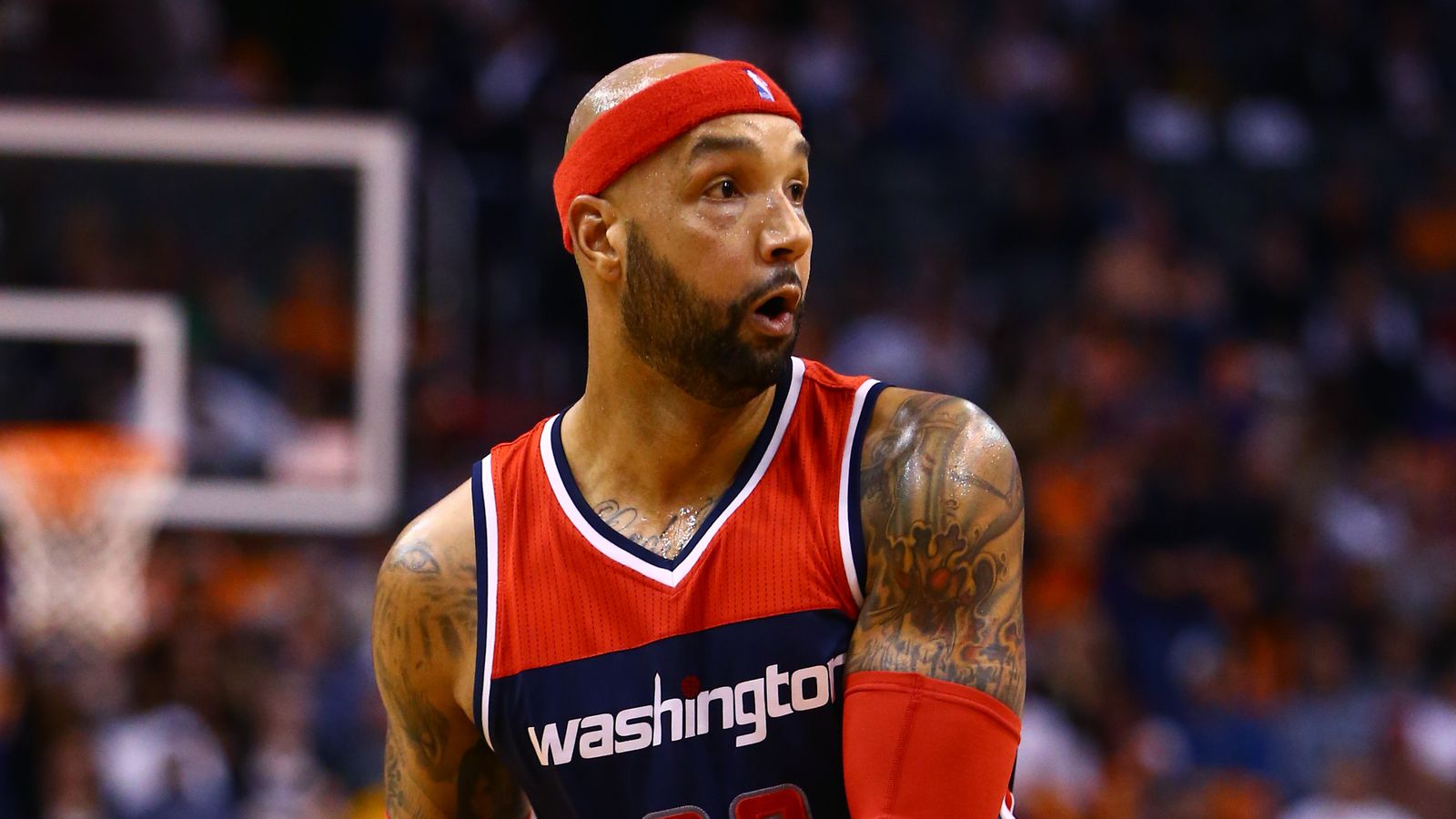 With the news of Nene's injury, Drew Gooden becomes perhaps one of the most important players on the Wizards roster going into the playoffs. Our own Jake Whitacre wrote about how Drew Gooden's spacing alone is worth quite a bit to the Wizards offense, which is very encouraging. What's less encouraging is Gooden's lack of production this week despite playing weaker Eastern Conference teams. In his expanded playing time, Drew was mostly invisible on the court. During Washington's rout of Philadelphia, he only managed 4 points in 25 minutes and didn't take a single three-pointer. On Friday against Brooklyn it was even worse. In 15 minutes of play he scored just a single point. What Jake says in his article is true, Gooden's mere presence is of value to the Wizards. However, in the playoffs we will need more than just his spacing to get past the first round when Nene is on the bench.

This past week for the Wizards was sparse to say the least. Washington only played two games, and both were against sub .500 teams. It was a great opportunity to gain some ground on Toronto and Chicago in the standings while still get rest for key starters. Unfortunately, Washington was only able to accomplish one of those two goals. 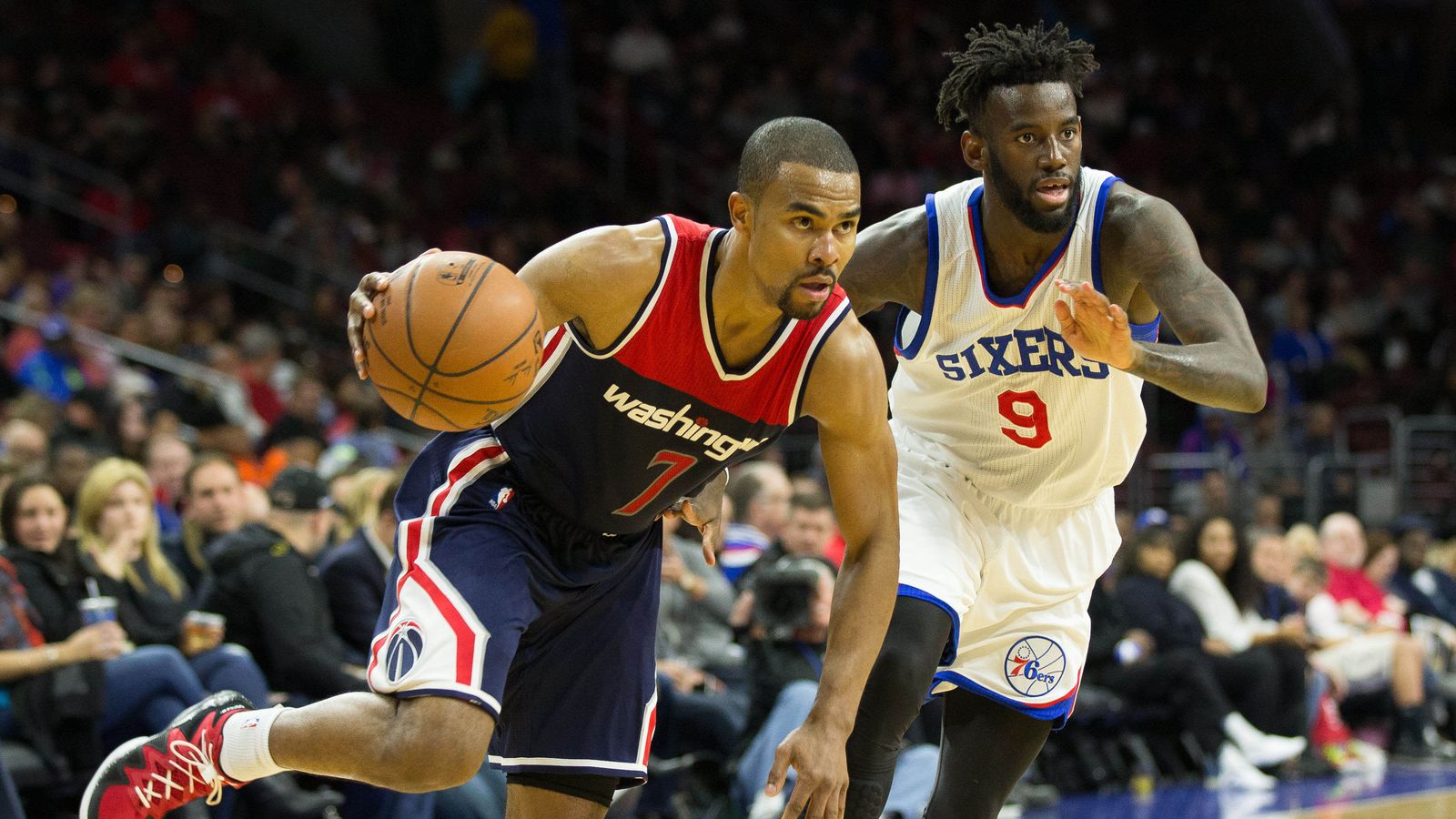 Wednesday's game against the hapless 76ers allowed Randy Wittman to take a chance and rest both John Wall and Nene. Resting John snapped his iron man streak at an impressive 208 games but was the right call with the playoffs coming up so soon. A fresh legged Nene would have been a welcome sight in the first round too. The gamble paid off for Wittman, who saw his back up point guard Ramon Sessions lead the team to a franchise record 65.3% shooting from the field.

It was encouraging to see Sessions (19 points and 7 assists) as well as Will Bynum (10 points and 7 assists) excel while getting more run than they're used to. Bradley Beal led the Wizards with 21 points and a perfect 3-3 from long range. Marcin Gortat chipped in 18 points and notched 6 assists for the first time since December 13th, 2013 against the Hawks. Probably the only disappointment on the Wizards side of the ball was Otto Porter who had just 3 points in 24 minutes of play. This game could not have gone any more perfectly. Plus, we got to check in on John Wall's bow tie game: 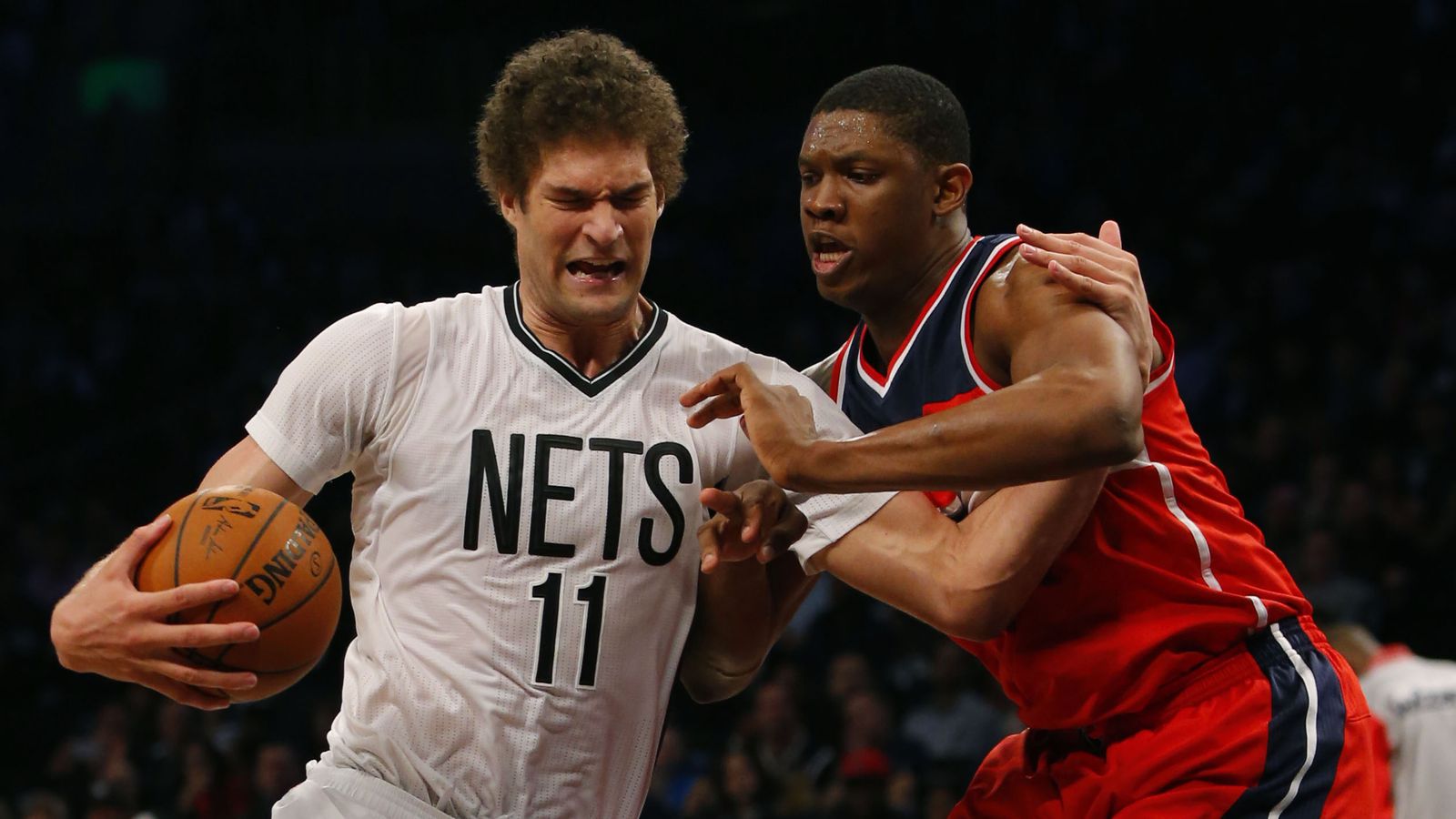 While Wednesday's game against Philadelphia was the most perfect outcome you could ask for, Friday night's game was a completely different story. In my last summation I predicted that the Brooklyn Nets would just have more to play for and the Wizards wouldn't fare well, and that's exactly what happened. Before I get into the many reasons this was a horrendous game for the Wizards let's start with some positives:

1. John Wall was able to rest once again.

1. LITERALLY EVERYTHING ELSE THAT HAPPENED

Besides Beal and Gortat, not a single Wizards scored in double digits tonight. Ramon Sessions notched 10 assists but only managed 2 points in 34 minutes. Washington went from 35 assists on Wednesday to an unimpressive 23 assists on Friday. Otto Porter registered a NEGATIVE FORTY in the +/- column! Worst of all, Nene and Garrett Temple both re-aggravated old injuries and will miss time. Very rarely will you see an NBA team have such dramatic highs and lows in a single week of basketball. #PrayforNene

This is it folks, the final week of regular season basketball. Unfortunately, the Wizards don't have much left to play for and will probably be resting starters and playing conservatively no matter what. It's a shame that that's the case because two of the last three games will be on national television, and the other will be against one of our biggest rivals. Stay the course Wittman, just keep our starters healthy and pray that Nene will be back in time for the playoffs. 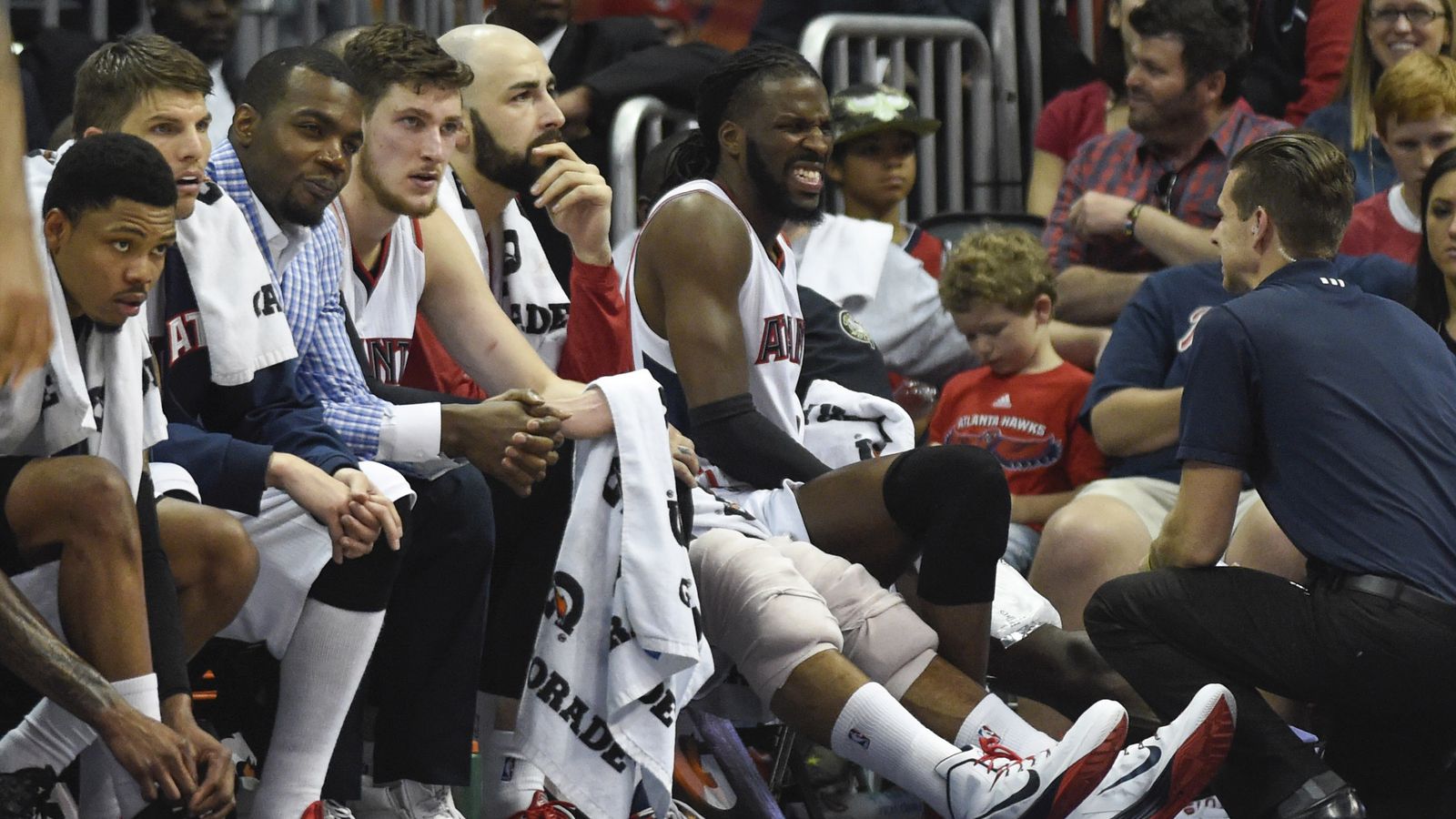 Although the Hawks slowed down quite a bit in the last month, they are back to their winning ways with a 4-game winning streak that put them over 60 wins in a season for the first time in franchise history. It's tough to say if they will be resting any starters, but Thabo Sefolosha will definitely be out after his controversial run-in with the law. The game will be broadcast on NBATV (the annual home of Atlanta Hawks playoff basketball) but will probably be kind of a snoozer. Hopefully we can see Sessions and Bynum get some more quality minutes together on the court after their disappointing play Friday. It will also be worth keeping an eye on Drew Gooden's play, who is now a crucial cog in the Wizards playoff hopes with Nene down. 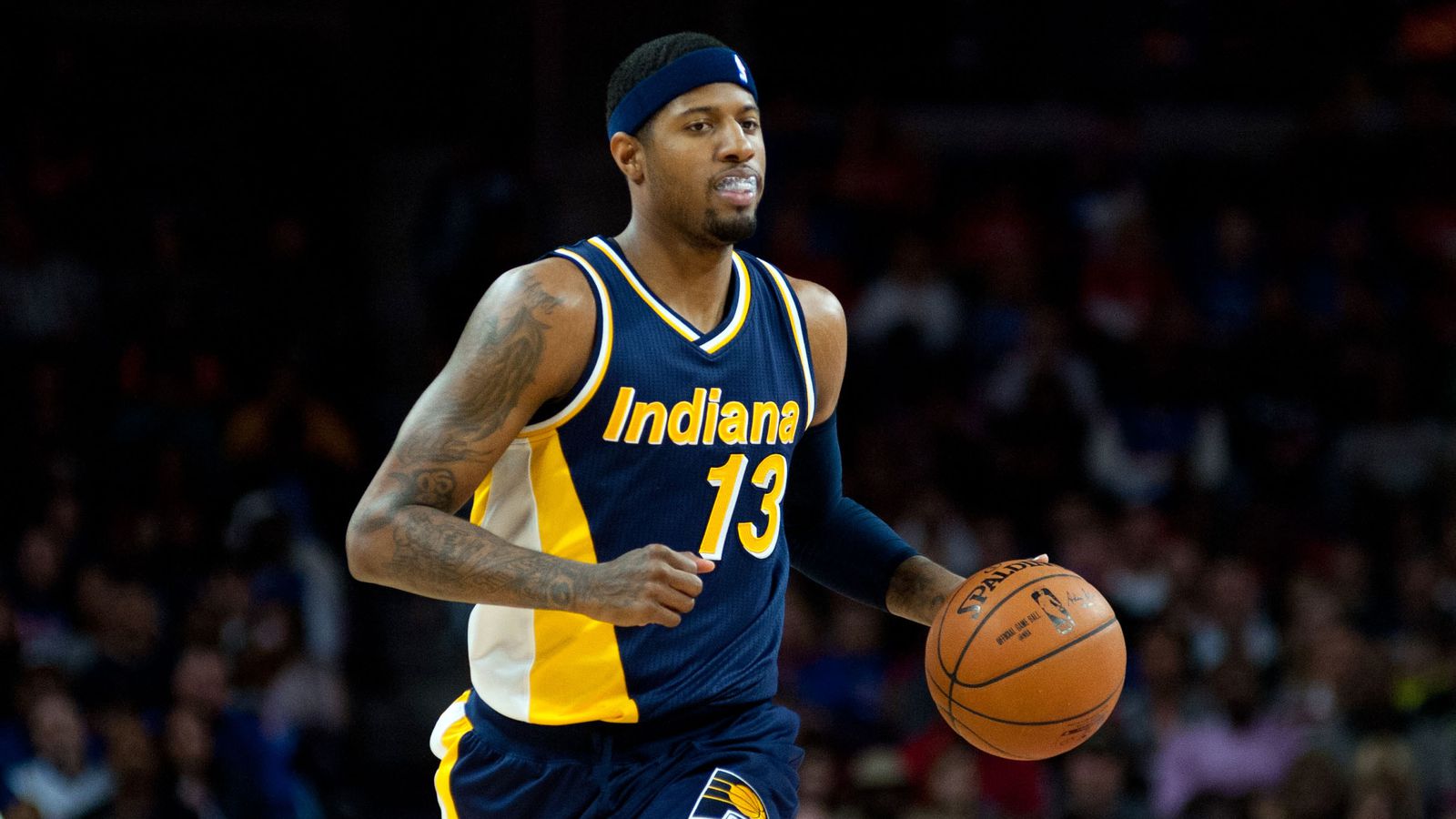 The last time Washington played the Pacers on March 25th, they were ice-cold and losing all of the ground they had made up in the standings during their stellar play in February and early March. Since then, they have heated up once more and rattled off 4 straight wins. They are still one game back on the Nets for the 8-seed, and have a difficult three games to close out the season. Their opportunity on Tuesday against us will be their best shot at sneaking into the Eastern Conference playoffs, so they will come in ready to play. To make matters worse for Washington, Paul George has returned and will likely be back into the starting lineup for the Pacers. The game will be broadcast on TNT, which is unfortunate because I predict Indiana to win this one more than comfortably with most of Washington's key players on the bench. 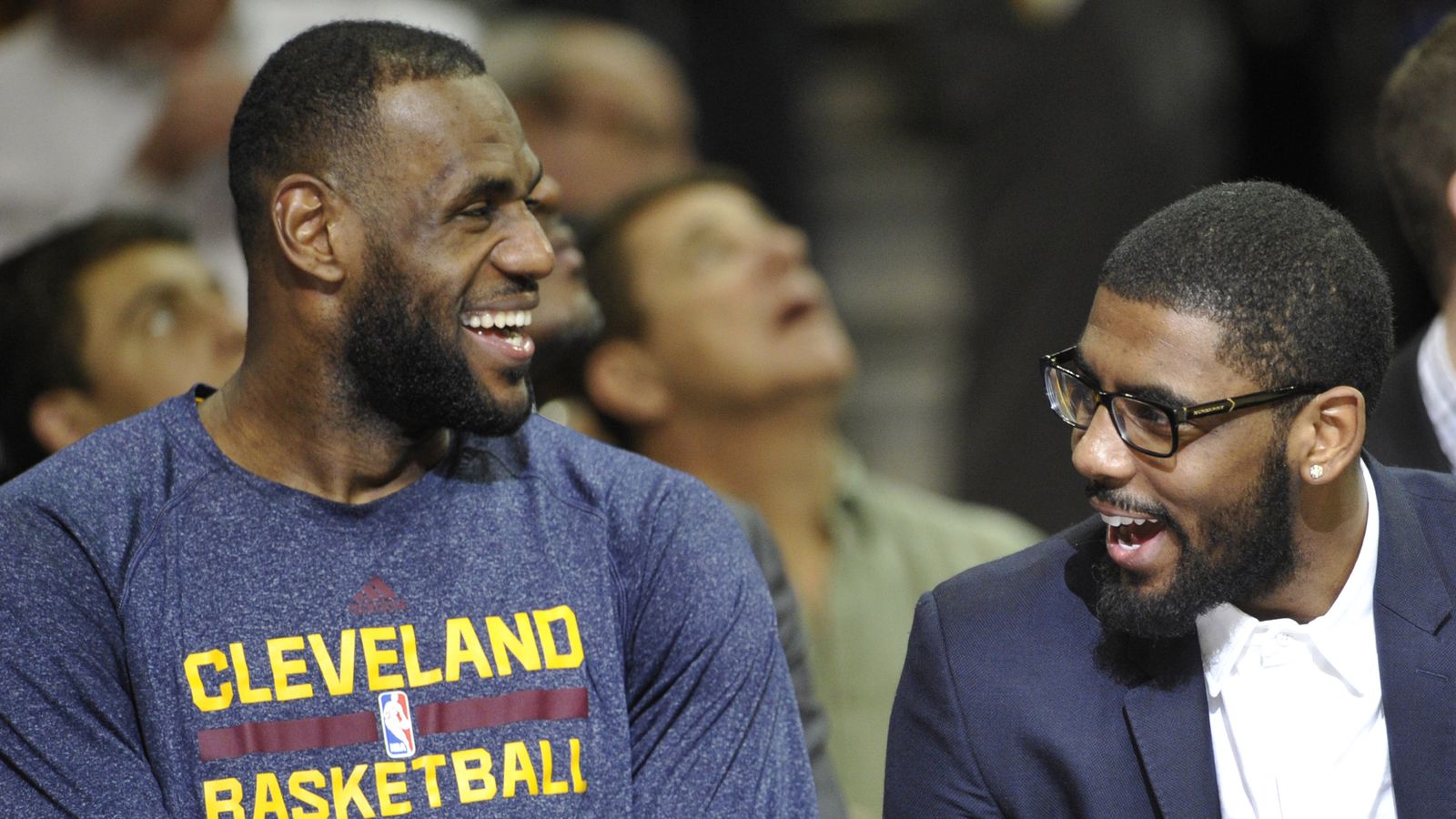 The final game of the season has the most potential to be a watchable basketball game. Of course, this one will not be on national television. There will still likely be no stakes in this game since both teams should be mathematically locked into their seeds at this point. A majority of each team's starters will more than likely be wearing suits, but that doesn't mean that the teams like each other any more. I'm hoping the Ramon Sessions run bench mob will still bring it and be competitive. After all, this is still a game against the Cavaliers. This is the team that thinks Kyrie Irving is a point guard, that won the draft lottery 3 of the past 4 years, trolls us on Twitter, and has sent us home early in the playoffs so many times. Let's take a statement win into the playoffs fellas.

In Case You Missed It:

The Wizards aren't the only Washington team going to the postseason. Congrats Caps!

Caps clinch! Playoff hockey is back in Washington. pic.twitter.com/kyp9tnpsVc

Marcin Gortat is shooting 76.3 percent from the field so far this month.

Kevin Seraphin can be a cold-blooded dude.

Give your suggestions for a Wizards 2015 Playoff Shirt! 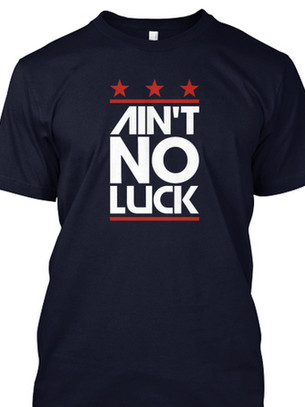 Our Photoshop department is on point.

Bring on the Bulls. pic.twitter.com/CHSLsKpmQS

Thanks to gavalon55 for summing up exactly how I felt about Nene's injury.

If he's not able to play and we end up facing Chicago in the first round, we'll be in big trouble. By the way, I think it might be the #SoWizards tag that we need to fire up again instead. *sigh*