The Polish Hammer arrived in the Nation's Capital right before the regular season and put together a very strong season. Can the Wizards live without his contributions, or is he an essential piece?

Marcin Gortat came to Washington Wizards in a trade with the Phoenix Suns right before the beginning of the 2013-2014 regular season to be their starting center. How did he fill the void?

What were our preseason expectations?

Mike was not particularly wowed by the trade when it first happened, and neither was the rest of the BF staff in the days after that. The Wizards traded for a big man that was not as good as Emeka Okafor defensively, and the move also confirmed that Kevin Seraphin or Jan Vesely were not viable options to take his place. Many hoped that acquiring Gortat could at least keep the Wizards competitive and wondered if he could be a good pick and roll partner for John Wall, considering that he was very effective with Steve Nash in Phoenix. Gortat wasn't as effective once Nash left and there was less shooting on the floor for Phoenix, so there was skepticism that he would fit in well.

Gortat played as well as we hoped, if not better. After some early hiccups, he was able to revitalize himself playing alongside Wall, as the two became a very strong pick and roll combination. Umair has a visual breakdown of it here and Mike asked the man himself about it here.

Here's a video below which shows just some of their best highlights:

Gortat's production gradually improved over the course of the 2013-2014 season.

Thanks in part to Wall's influence, Gortat generated more shots at the rim and shot a higher percentage than he did last year. Here's his 2013-14 shot chart. 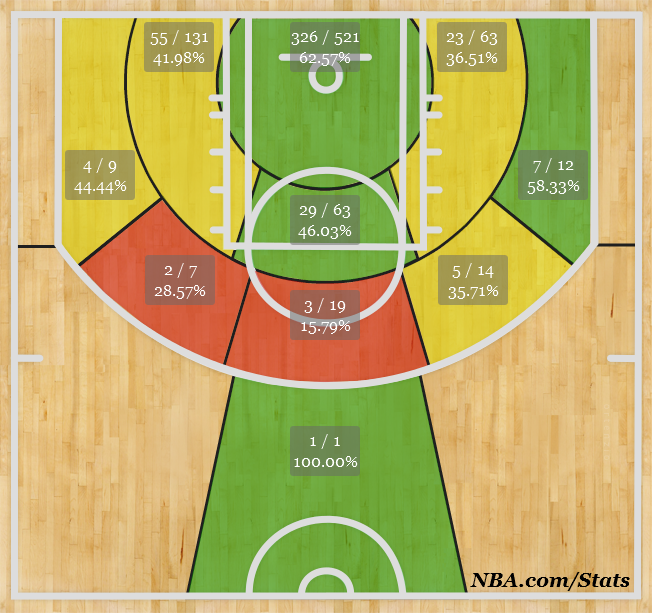 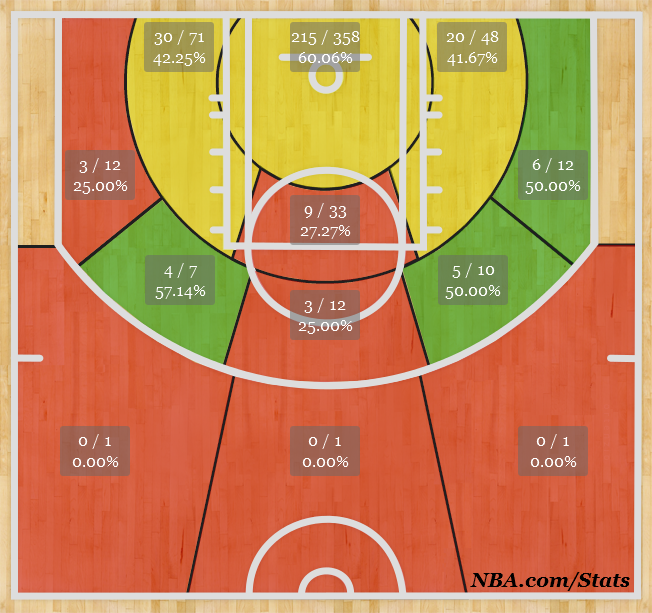 He was durable, provided consistent production and did exactly what the Wizards hoped when they acquired him.

How did his performance in the playoffs compare with the regular season?

Gortat played well overall during the playoffs, but he did some inconsistent moments. His best performance was during Game 5 of the second round against the Indiana Pacers, when he scored 31 points on 13-of-15 shooting and grabbed 16 rebounds. But he also shot under 50 percent from the field in six of the Wizards 11 playoff games and was benched down the stretch during two close games: Game 5 vs. the Bulls and Game 4 against the Pacers.

Gortat will be one of the top centers available in free agency this summer, so he's going to get paid a salary higher than the $7,727,280 he was paid in the 2013-2014 season. Should he leave, the Wizards' pick and roll game is bound to take a hit. In addition, the Wizards will lose a guy who's tough (he doesn't have a problem with NBA players fighting like their NHL counterparts) and funny (he gave a video breakdown of his huddle crashing in Boston).

Many of us were lukewarm about Gortat's arrival because the trade seemed like move made out of desperation to get the team into the playoffs. However, he developed good chemistry with Wall and was a major contributor toward the Wizards' playoff run.

Amin made a case for the Wizards' needing to keep their core intact for next season, and I agree that there needs to be continuity for any team to be successful. The Wizards have a backcourt that figures to be here for years to come, but we don't know which low-post players could also be in that same mold. Based on his performance this past season, Gortat has made a strong case as to why he should remain in a Wizards jersey and continue to play alongside the "House of Guards" this fall.

Speaking for myself, I definitely hope he's re-signed this summer.