With the season officially behind us, it's time to take stock in what the Wizards have accomplished this year. Our player evaluations begin with Trevor Ariza.

We'll be evaluating each Wizards player, as well as head coach Randy Wittman, over the next couple weeks.

The Wizards' season is finally over, and while I never expected it to get this far, I can't help but feel it ended too soon. I know I'm not the only one who feels this way, either. But I had a freaking blast this season following this team, and I bet you did, too.

This team has a lot of hard decisions to make this summer, and perhaps no decision will be more difficult than deciding how to handle Trevor Ariza's impending free agency. Ariza impacted this team in ways that none of us could have predicted (at least, not to this level), and how the team moves forward in its relationship with him will have repercussions on this team going forward for the next few years.

What were our preseason expectations for Trevor Ariza?

Ariza was going to continue his bench role behind Martell Webster after the latter had a career year and was inked to a multi-year deal for the entire mid-level exception. Then, after the Wizards drafted another small forward in Otto Porter, Ariza's future on the team became less clear.

By October, the expectation for Ariza was that he, Okafor and the 2014 first-rounder were going to be three very valuable trade assets before the deadline. By November, he was the only asset left, he was only one of two small forwards on the roster (as both Porter and Chris Singleton went down with injury) and he had won the starting spot from Martell Webster.

The unstated goal for Ariza: to play well and look valuable in case the team needs to flip him at the deadline.

How did his performance square with these expectations?

It is not an exaggeration to say that Trevor Ariza was the most consistently high-performing player on the team all year. He not only maintained his defensive value from the prior season, but he added a phenomenal three-point accuracy and chemistry with John Wall to his game that was vital to the Wizards' success this year. Defenses always paid dearly for leaving Ariza open in the corner or above the break, and if Wall was suddenly racing to the basket, Ariza was never far behind.

For the basketball analytics and efficiency purists out there, Ariza rarely did anything on the court that wasn't efficient. Sure, he'd over-dribble now and again, but over 80 percent of his shots were at the basket or behind the arc this season. When the team was behind, he wouldn't fall into the heat-check trap that sometimes tempts shooters, as Wall did from time to time this year. He would attack the basket, get to the free throw line and slow down the game to allow the team to regain some composure. And compared to the team's budding phenom Bradley Beal, who took more than half of his shots from midrange, Ariza was basically the Houston Rockets' offense all by himself.

It's also not an exaggeration to say that Ariza basically played himself out of being a trade chip this season. There was absolutely no way, by the trade deadline, that he could be moved. He was too valuable to the offense and the defense of this team to not be a part of it down the stretch. The Wizards made the right move in keeping him, despite his obvious value to other teams and his comfortable-to-absorb contract.

How did he step up (or down) during the playoffs?

He stepped up beautifully. When the Wizards needed him to have strong games, he did. Thirty points in Game 4 against Chicago; 22 points in Game 1 against Indiana (going 6/6 from three) -- he came up big for this team and its fans. As the series against the Pacers wore on, it was clear that Indiana went out of its way to neutralize his threat. It worked eventually, obviously, as Indiana advanced and Washington was knocked out. But Ariza was huge this postseason, and Washington needed him on the floor every second he was there.

If he leaves, what would the team miss the most?

The team would miss his dogged defense, particularly on the best wings in the league (the LeBrons, the Melos, the Durants),

His chemistry with John Wall, 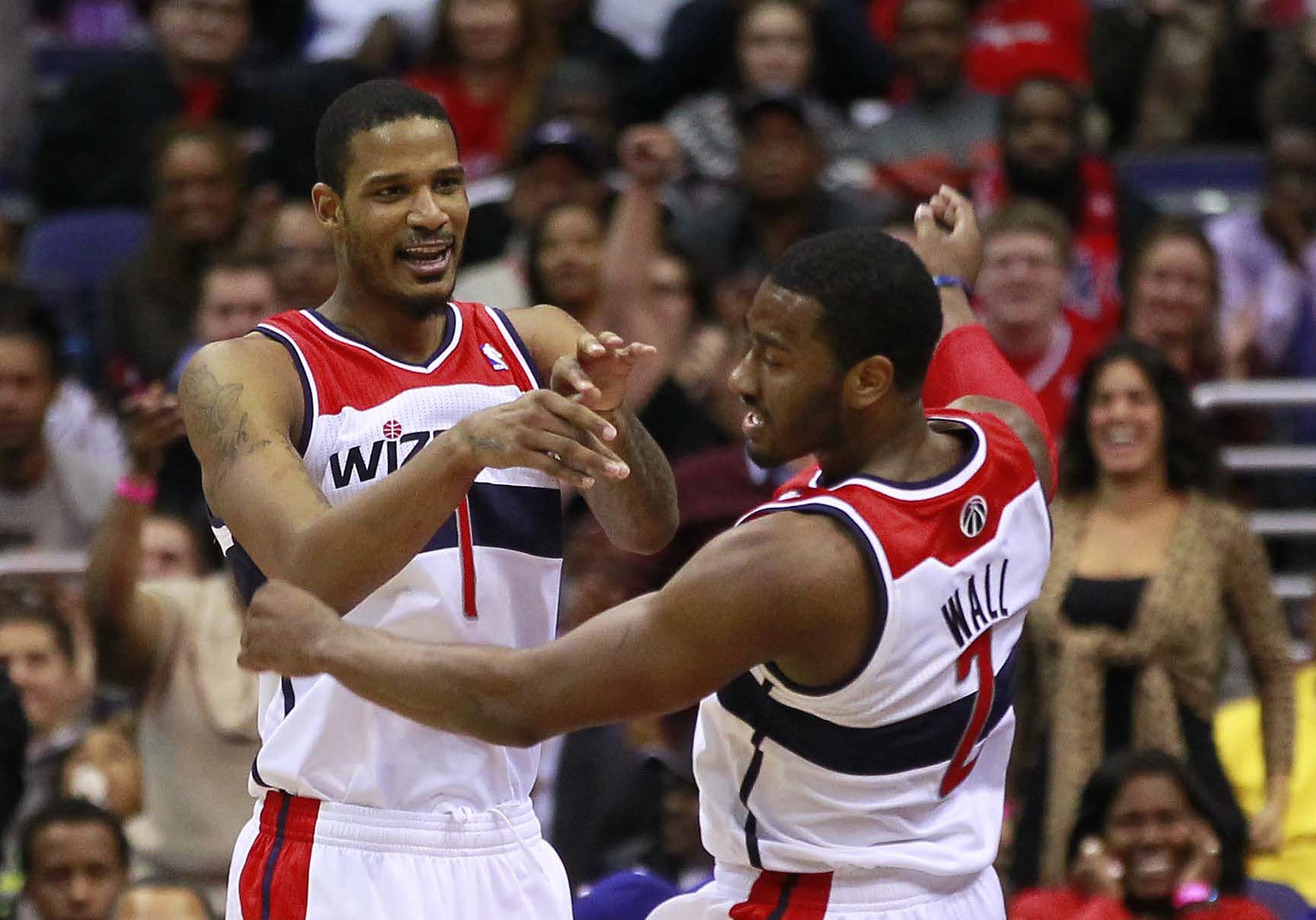 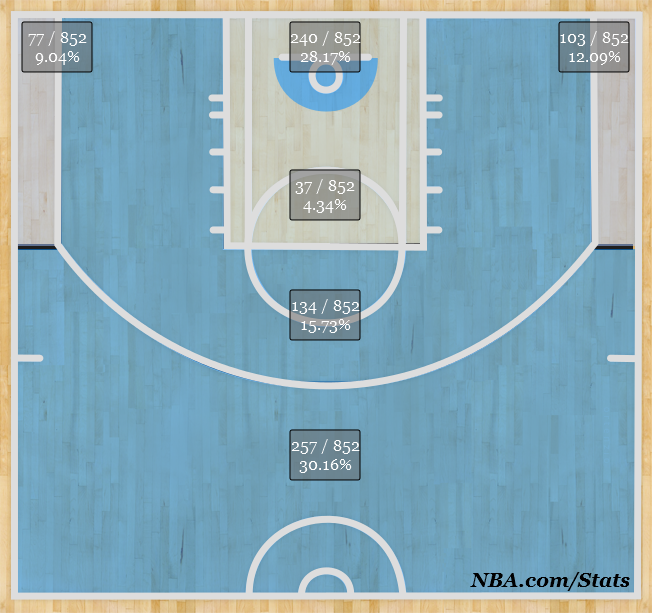 and his scorching-hot three point accuracy. 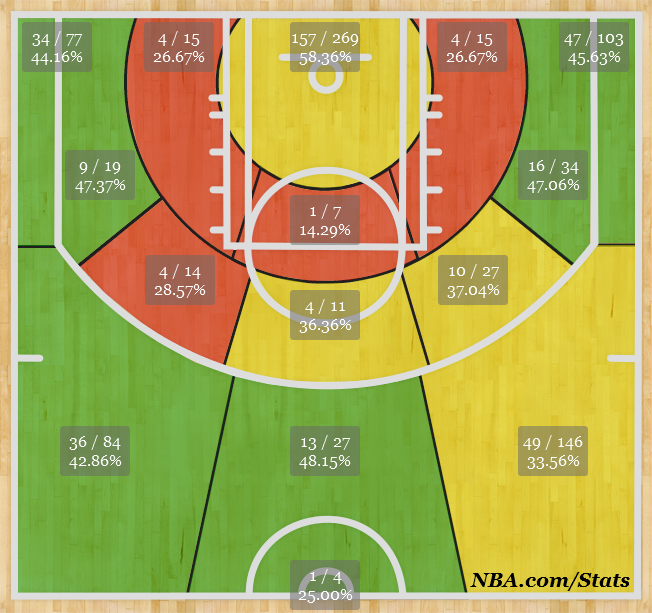 Trevor Ariza was the quintessential 3-and-D player this year, and he had fantastic relationship with everyone on and off the floor. Whatever happens this offseason, it's going to be difficult to replicate his production on both ends of the floor with someone else. Hell, it'll be difficult enough to replicate it with him back. But if he and the Wizards wind up parting ways, building on this past season's success in Washington won't be easy.