The Wizards' season ended Thursday, but afterwards, players were talking about how much they accomplished this year.

Share All sharing options for: As season ends, Wizards choose pride over grief

WASHINGTON -- Forty seconds before the final horn sounded, the Verizon Center crowd rose to its feet. For the Wizards, victory was out of reach, and this is normally when the crowd would bolt for the exits. Some made their way out, sure, but most stayed.

"Our fans, they were great," said Randy Wittman after the game. "It's too bad we could not do more for them in winning some games here because our players really liked that. They really enjoyed the support they got."

The crowd stayed there standing, on its feet, and cheered. They cheered and clapped, hooted and hollered. They let their voices be heard. As the Wizards walked off the court, you could see they were disappointed, but the remaining fans kept their spirits high for them. The crowd in the Phone Booth thanked their team for fighting hard and surpassing everyone's expectations. They were a city proud of its team and the way it battled. 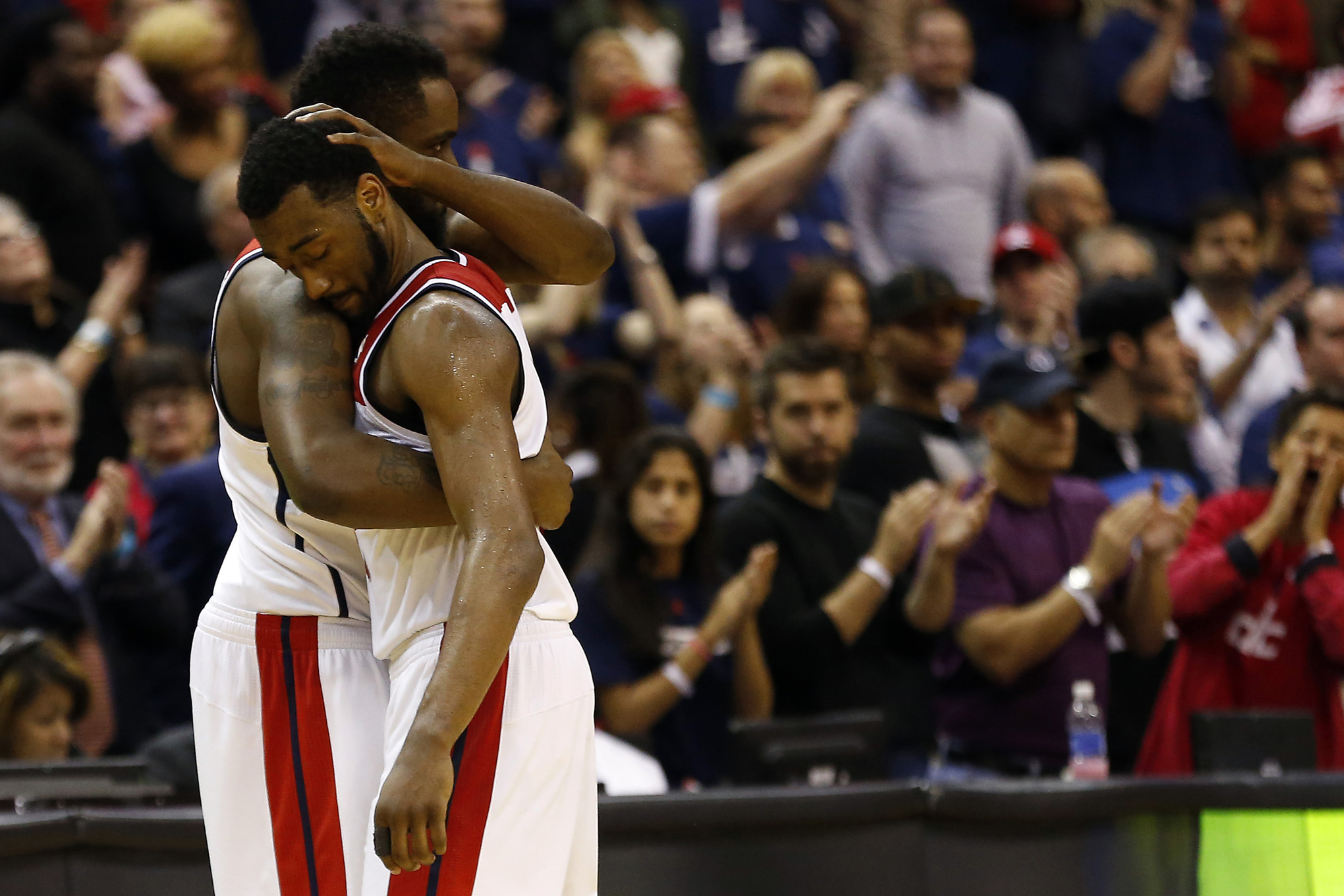 "To have a standing ovation from those fans and see how much they support us and cheer for us [was great] and [that they] were happy for the season," beamed Jon Wall. "We definitely don't want it to end, we didn't want it to end at home in front of those great fans and it was tough. It was a tough pill to take, but we just keep our heads up."

"Nobody expected us to be here," continued Wall. "When we were coming out of the game, I was just shaking my teammates' hands it kind of hit me that the season was over. You didn't want it to end.

"We got into the locker room and coach came in, you could see it before he could say a word, he was very emotional. All of us were. We knew how far we came."

"When I knew I was coming out, it really just hit me," remembered Bradley Beal after the loss. "The season was over and it really hurt. For us to be in the locker room, and see coach emotional, me and John were emotional, it sucked.

I love these guys and we've been through so much and we got this far and we were just this close from the Eastern Conference Finals. Just like that: it just ended." 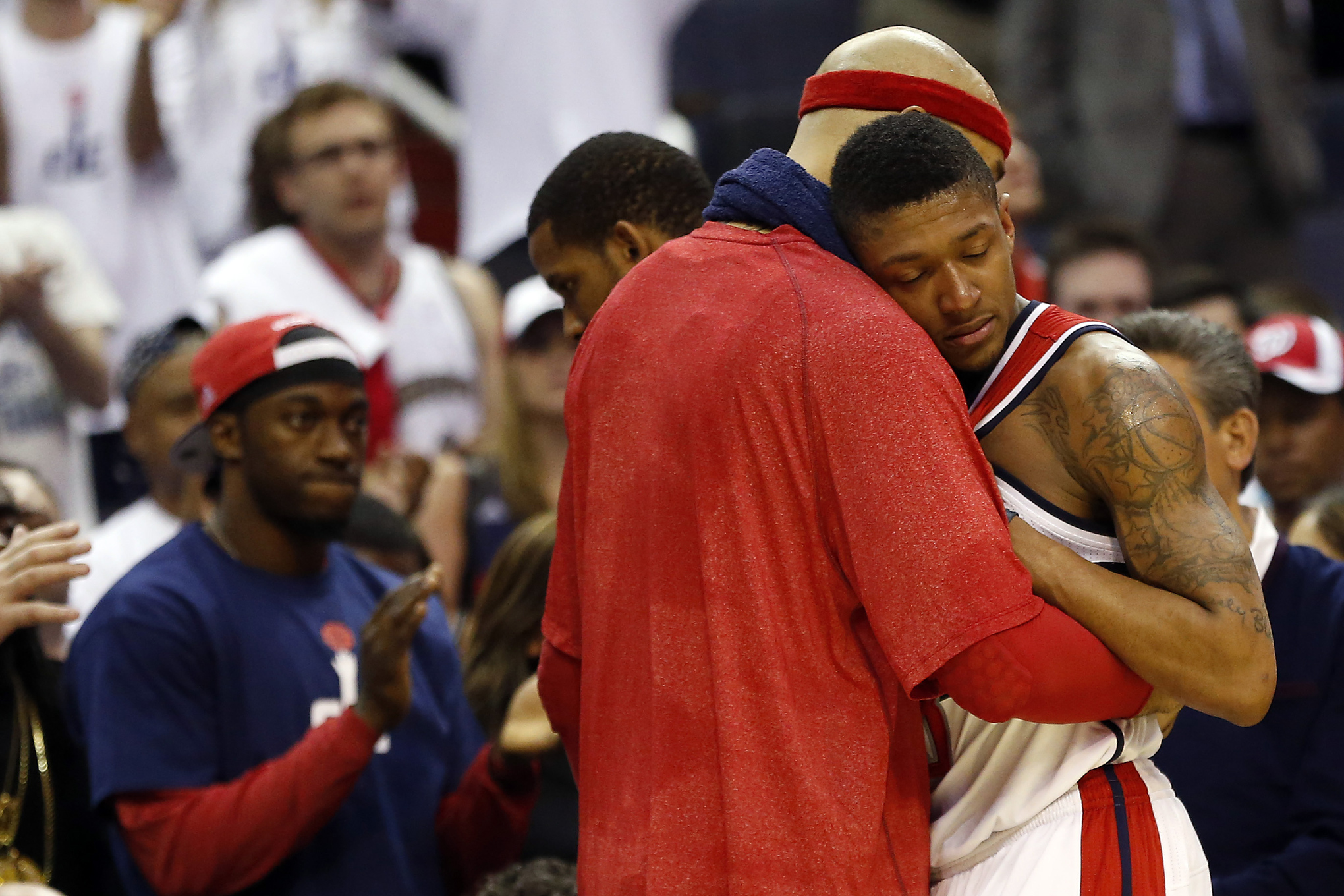 When Randy Wittman finally took the podium last night, his eyes were still a little red. The mixture of sadness, frustration and disappointment hung in the air like D.C.'s famous summertime humidity. It was thick, and it was palpable, and you could see it in the coach's face.

But just as this team has done repeatedly throughout the year, Wittman channeled that frustration into positive momentum.

"I think we all felt we had an opportunity here to do more than we did, and that is a good feeling for those guys. They are hurt in there, and when you are hurt, that means you care."

It seems odd to equate "caring" with a Wizards squad, considering all the years of unfocused locker rooms, in-fighting, stat-stuffing and general chaos that has surrounded the team. But this team seems to have finally figured out how to play for each other. The selflessness is pervasive; top to bottom, young to old, coach to player and player to coach.

"I think tonight was our 101st game of the year counting exhibition, [and Wall] did not miss a game," said Wittman of his point guard last night. "He did not want to miss a game. He was there for me for 101 starts. As a coach that means a lot."

"I could not be more proud of the group of guys than I am of these guys," Wittman said. "They gave me their heart and soul this year. They let me ride them, let me love them."

While Wall and Beal are certainly the cornerstones of the franchise going forward, it's clear that the cornerstone of the rebuild of the team's culture started and ends with Nene. His presence and example, both on and off the court, have been the rock upon which this team built its church.

"We believe in each other," exclaimed Nene about himself and his teammates.

And he wants to build on that belief going forward. Asked if he wants this team to stay together for the foreseeable future, the forward responded "Definitely. When things work, you can't take things off. You have to add."

"The only thing I'm thinking right now is that I'm so proud of my team. The way we started and the way we finished was amazing."

As down as everyone was, the Wizards were quick to continue to motivate positively motivate themselves after the tough ending to the game and season.

"This loss hurts more than anything just knowing that it all just came to an end just like that," said Beal. "But at the same time, nobody really thought we would be this far. For us to actually make it here and for us to believe in ourselves and make Indiana earn it, we should be proud of ourselves and there's nothing we should hang our head about."

"Right now," Nene agreed, "we need to put our heads up because it was an unbelievable season. We learned a lot of things. It was a tremendous experience. Sometimes you need to fail to succeed. 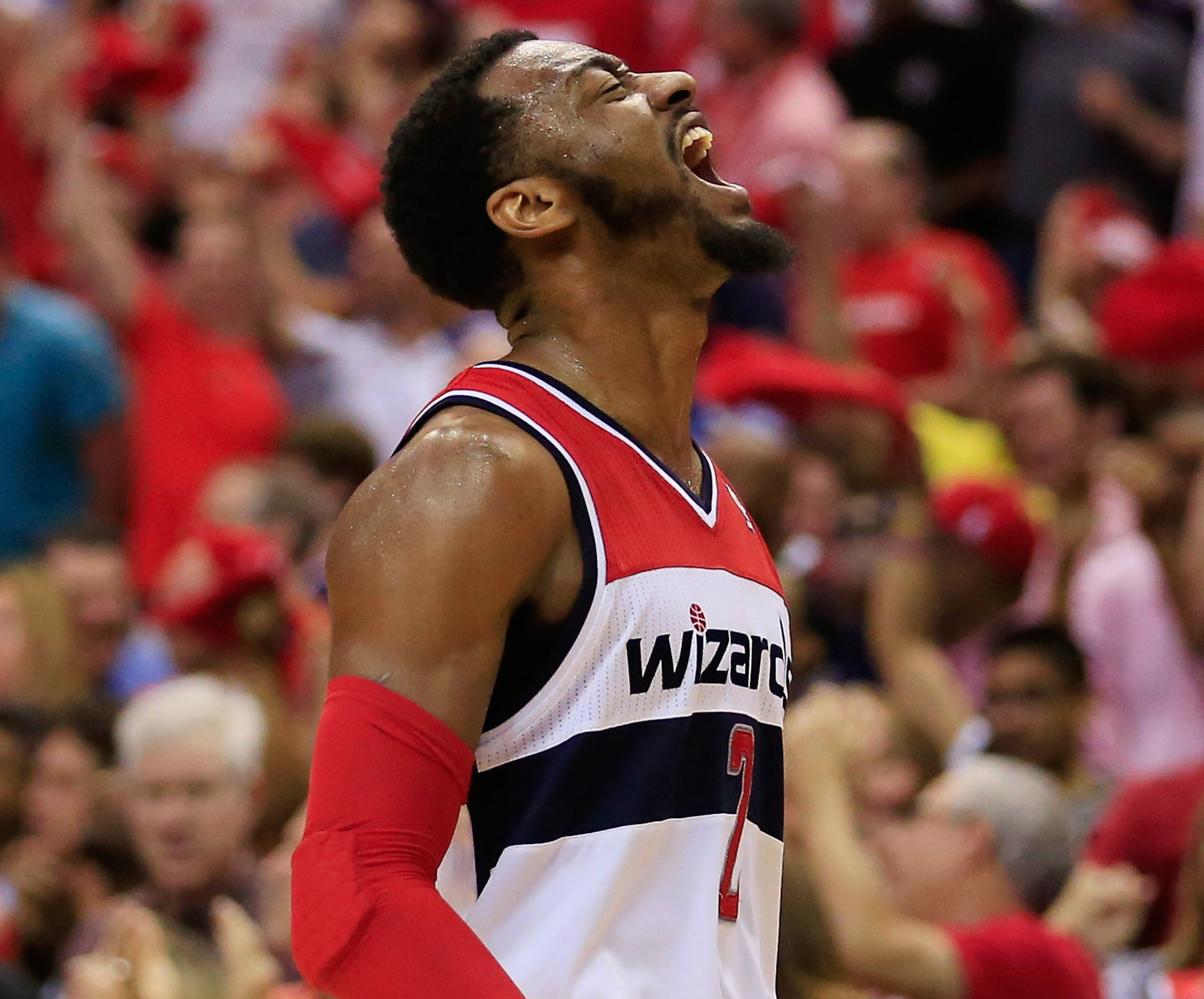