The losers of three straight, including two particularly dispiriting losses at Verizon Center, the Wizards appeared to be dead in the water heading into Game 5, down 3-1 to the Pacers. But in a #SoWizards turn of events, both John Wall and Marcin Gortat had breakout games in a dominant 102-79 win to keep Washington's postseason alive.

OK, so maybe this was an unfortunate headline. But I'm back to remind everyone that, after a thorough 102-79 beatdown of the Pacers in Game 5, the Wizards still...well, they're still in the series.

With their season on the line, the Wizards came through marvelously, especially Marcin Gortat (31 points, 16 rebounds) and John Wall (27 points, five assists, five rebounds), who each turned in a career-best postseason performance. Bradley Beal took a backseat but still played a very good game, with 18 points, eight rebounds and four assists. Trevor Ariza wasn't a force offensively (10 points), but he collected 10 rebounds and limited Paul George to 15 points on 5-of-15 shooting.

Nene was close to a non-factor, with four points, four rebounds and four assists, and the AARP unit was pretty bad this game, but it didn't matter with Wall and Gortat playing so well. The Wizards led by 30 with two minutes left in the game, and the final score only ended up being as close as it was because the Pacers went on a quick 9-0 run after Randy Wittman had pulled his starters. If you read only one thing about this game, make it the section of Mike's Bullet-in regarding Wittman and Wall's confidence heading into Game 5, and particularly Mike's take on Wittman's biggest strength as a coach. It can't be said any better.

Onto Game 6, guys. Regardless of how it goes, I think it's safe to say we should all be very proud of this team. They've made it further than basically anybody reasonably thought they could to begin this season (and postseason, really). If Indiana wins and takes the series in D.C., at least it will give the home crowd a chance to send the Wizards to the offseason with a deserved standing ovation. If the Wiz take Game 6...well, who wouldn't love their chances on the road at this point?

62 - There really is only one stat from this game, and it's that the Wizards outrebounded the Pacers, 62-23. Don't worry, I checked, and then triple-checked, and that's not a typo. The Wizards grabbed damn-near three rebounds for every board the Pacers collected.

39 - Indiana's shooting percentage against the Wizards, who themselves shot 50 percent in Game 5.

See, now if Wall's beard grew in full, he wouldn't have been so bothered by that chin-check.

John Wall now has two "around-Roy-Hibbert's-back" assists in this series. The first came in Game 1. The Wizards won that game. Just sayin'

My guy @John_Wall ain't ready to go home.. I know the feeling bra

TEACH US HOW TO DOUGIE, COLIN "@ESPN_Colin: The John Wall fans, who disappeared for a week, have suddenly rediscovered twitter."

Gortat: "When Nene goes back and barks at those two young guys, they listen"

Was planning for this to be a season-ending beer. Now, it's for a different reason. pic.twitter.com/WHTrfCGQh1

I've had bowel movements that put up more fight than the #Pacers did tonight.

Thrilled about that Wizards win. A loss/de facto series sweep would've wiped away the Round 1 sweetness. Now it's all gravy, and a Game 6.

The text of Marcin Gortat's soliloquy on John Wall after the #Wizards' Game 5 victory over the Pacers: pic.twitter.com/rLf5lGK1oG

FIRST HALF GAMETHREAD COMMENT(s) OF THE NIGHT 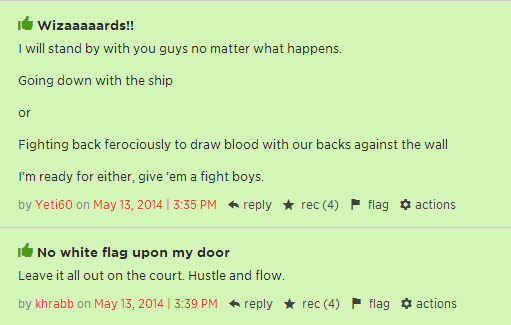 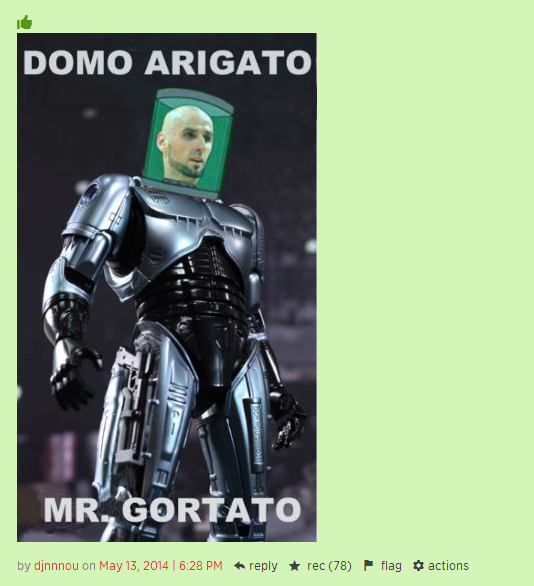