Ah, that felt good. After six long years, the Wizards are finally back in the postseason and, in all likelihood, headed towards a winning season. The guys have already done a great job covering #WizardsPlayoffs from all angles, so I won't be as long-winded in this space as I usually.

Safe to say, the Wiz put a whoopin' on the Celtics. I guess they were a little angry about blowing that Bobcats game, eh? Boston never led in the game, while Washington led by as much as 33. The final 118-92 score didn't even capture fully how dominant the Wizards were in this one.

For the game, the Wiz shot 62.5 percent. (Yup.) They assisted on 29-of-45 field goals. They outrebounded the Celts 41-to-29. Bradley Beal went 7-for-8, scoring 19 points. Marcin Gortat shot 10-for-13 en route to a 22-point, eight-rebound night. John Wall only played 27 minutes and still finished with 13 points and 10 assists. Trevor Ariza had 18 points and seven rebounds. Trevor Booker scored 10 points. Andre Miller had eight assists and Al Harrington scored 12 off the bench.

Nene might be back in a week. Gortat did this (see below for more)!!

6 0 - Years since the Wizards have made the playoffs.

8 0 - Seasons spent as a head coach since Randy Wittman has guided a team to the playoffs.

finally RT @SkyKerstein: And the #Wizards are heading to the playoffs for the first time since the 2007-08 season

WE have #Wizards playoff basketball coming to DC again.

Verizon Center crowd is on its feet. Players rejoicing on the court. Wall smiling from ear to ear. Gotta love it. #Wizards

75 seconds until the #wizards bandwagon start to fill up. #Wizceltics #allaboard

Somewhere Flip Saunders sheds a tear & takes a bit of his Subway sandwich.

Wittman and Wall hugging because, hey, playoffs. It's been 2,182 days since the Wizards last clinched a postseason berth.

And it's official, the #Wizards are playoff bound! Washington defeats Boston 118-92 to clinch a playoff berth for the first time since 2008.

a playoff seed was born

Hey guess what? THE WIZARDS ARE HEADING THE PLAYOFFS!

RT to congratulate the #Wizards on securing a spot in the 2014 NBA playoffs! #WizCeltics pic.twitter.com/TiptK6ONka

Hey. We made the playoffs. #Wizards pic.twitter.com/0K76weivWB

@John_Wall congrats to you and the #Wiz for locking up a playoff spot. Keep balling Skins we got next lil bro

So happy and proud of John Wall. Never complained about the situation in DC, overcame a lot, and led his team to the playoffs. Just awesome

Wanna take this time to THANK All the TRUE, DIE HARD WIZARD FANS... This one was for You Guys. Love You ALL!!! #wizkids #playoffs #weready

I am soooooo stoked for Playoff John Wall. East should be watchable for the playoff newbies alone.

"You can't explain the difference in the playoffs. The arena. The speed of the game" -Wittman on what he told Wall about playoffs #Wizards

For the first time in six years, the Wizards are in the playoffs. I can get used to it. pic.twitter.com/duZ2Mz2Awi

"Let me tell ya, it feels like I've been he 20 years." --Wittman on the "desperate" struggle of the #Wizards franchise.

I mean, as wonderful as the Wizards making the playoffs is, we can all agree that this is the greatest thing that has ever happened, right? Okay, just checking. 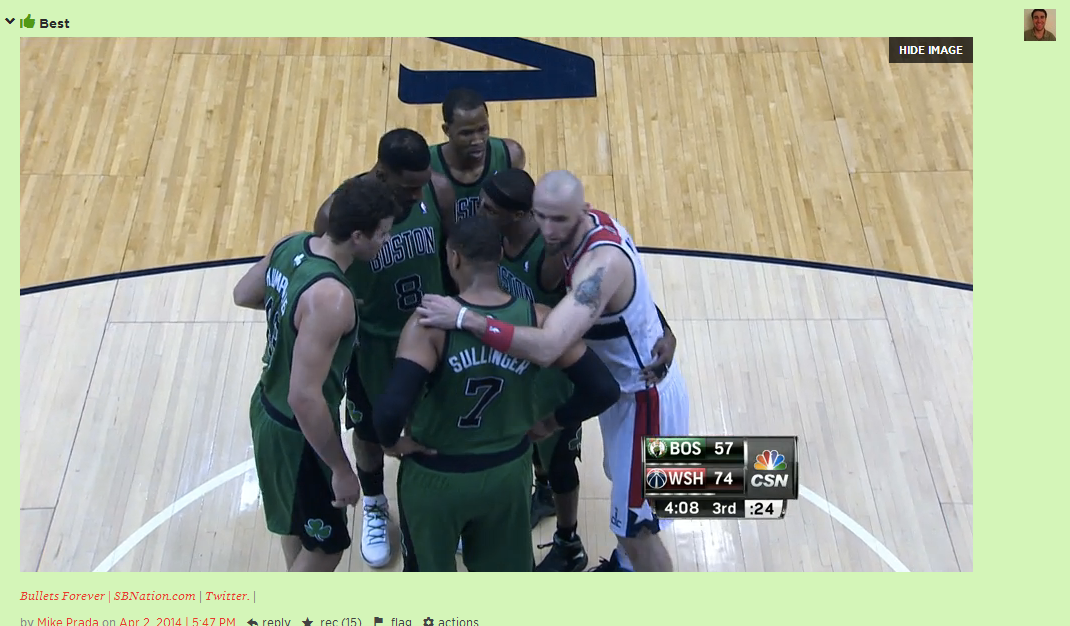 Wait, I spoke too soon. 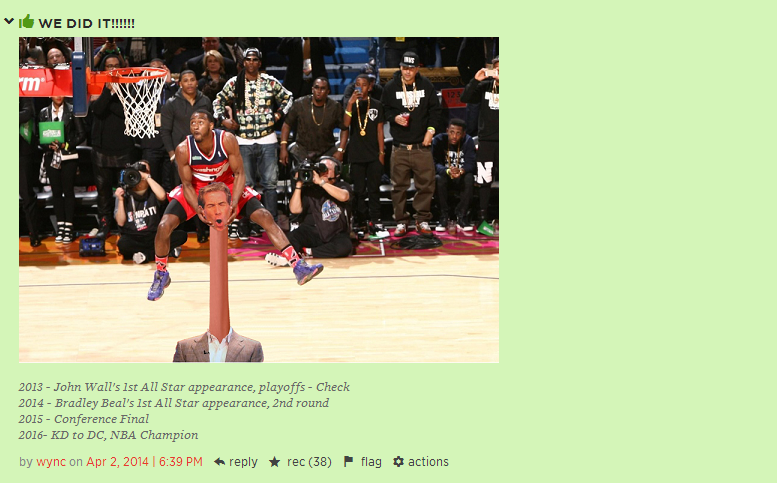 "I said, ‘Well, what do you want me to do? I didn't say it.' Smart people don't believe everything they read, and they don't believe hearsay. ... I guess Dabo believed it." -Steve Spurrier