Randy Wittman, like his team, has not sniffed the postseason as a head coach. On the night his Wizards finally got back to the NBA's second season, he was in an unusually reflective mood.

WASHINGTON -- It's likely been a few years since they greased the hinge on the door to the Verizon Center press conference room. It doesn't squeak like a rusty front gate, but it lets out a sound like an oboe at the top of its range in a jazz solo. It's long and drawn-out, somehow soft, sharp and awakening all at once. It rouses your attention like a call to arms. You were fully immersed in the final box score just a second ago, but now that you've heard it, your eyes dart up, you ready your recorder and you wait with bated breath.

After the woodwinds, the percussion starts. The slow, lumbering footsteps of a giant --thump ... thump ... thump -- heighten the anticipation. The giant sits -- thump -- and sips his water, his lips smacking like brushes on a cymbal --tsssshhh -- and pulls the microphone close -- badum.

If there's one thing we know about the giant when he speaks, it's that, even when he smiles, he's always stern. His words are predictable, consistent, relentless and strong. He commends the positive while never letting the negative out of his sight.

But on Wednesday, the night the Wizards clinched their first playoff appearance since 2008, there were no negatives. We saw a gentler giant.

"I wouldn't wish some of the struggles we went through on anybody, but it also makes it nicer to see the other end of it"-Randy Wittman

"Let me tell you," sighed Randy Wittman after the win. "It feels like I've been here 20 years."

Wittman wasn't here the last time the Wizards made the playoffs. It wasn't quite 20 years ago, but the sentiment is there. In 2009, Wittman came aboard as an assistant to Flip Saunders. That season saw the Wizards trade away a high draft pick that became Ricky Rubio for Mike Miller and Randy Foye in an effort to make a final postseason push with the Gilbert Arenas/Antawn Jamison/Caron Butler core. But instead of reaching its goal, the team imploded in a perfect storm of injuries, trades, on-court chemistry issues, off-court criminal issues and the passing of the team's beloved owner.

It's been a difficult journey for all involved, and Wittman appreciates that the struggles have made clinching the playoffs "worth the while."

"I wouldn't wish some of the struggles we went through on anybody," the coach lamented. "But it also makes it nicer to see the other end of it.

"That's why I'm so elated for some of these guys that have been year a number of years. They've heard me preach this day's coming for a while, and I think they thought I was crazy at one time. And I probably was. But it's finally gotten here."

Some may mistake Wittman's stoic consistency for craziness, and they aren't necessarily wrong. But it's this same consistency and confidence that John Wall and Nene appreciated when they threw their support behind him after the end of his last contract. They agreed with the coach that this team needed consistency to rebuild and refocus.

"We were in a desperate spot not too long ago," the commanding coach reflected as he stared directly into the eyes of the elephant in the room. "When I took over, I just tried to keep telling our guys, Ted [Leonsis], and Ernie [Grunfeld], 'Let's do this the right way and build this and teach, and one day we're going to get here.' Each year, we kept putting a piece here and there, kept developing, kept maturing. I couldn't be more happy for those guys." 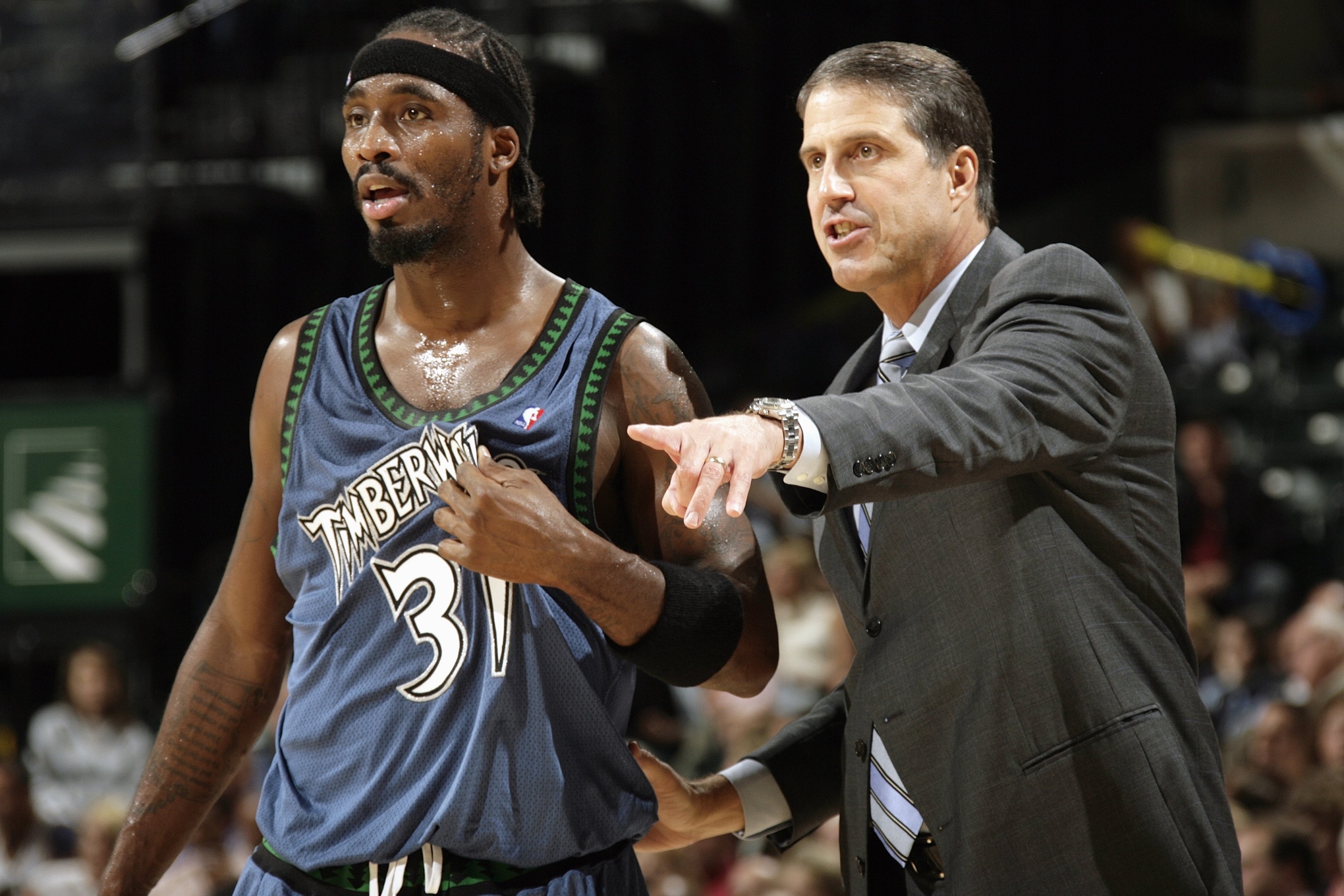 As tumultuous as Wittman's Wizards career has been, it hasn't been easy elsewhere for him either. This year will be Wittman's first trip to the postseason as a head coach and it'll be his first full season with a team over .500.

"I'm just as thrilled, too. This is an opportunity for me as a head coach," he said, smiling. "This is my first time and I'm looking forward to it."

"To be through some of the times that we were in not too long ago, and be able to say for guys like John [Wall] that've never been in the playoffs," he said, trailing off. "I keep trying to tell him that you can't explain the difference of how the arena is, the intensity is, how hard it's played, how fast it is. It's going to seem like a whole new game to these guys. I can't wait for them to see it."

We can't wait either, coach.