Fueled by Nene's #doubleblessed ascension on Easter Sunday, the Wizards beat the Bulls at their own game and stole away Chicago's homecourt advantage with a gritty 102-93 win in Game 1 of their Eastern Conference playoff series.

Now that's how you kick off your first playoff series in six years, Wizards.

Who'd have thunk the Wiz could have gone into Chicago and pulled out a 102-93 win against the scrappy Bulls with John Wall and Bradley Beal combining to shoot 7-for-25 from the field?

Nene, that's who. Matched up against DPOY-candidate Joakim Noah, the Big Brazilian dominated to the tune of 24 points on 11-of-17 shooting, eight rebounds and three assists. On Easter Sunday, #NeneHasRisen.

After Nene, Andre Miller was perhaps Washington's second-most important player, racking up 10 points in 13 critical minutes during the majority of his team's second-half comeback. Nene combined with Marcin Gortat (15 points, 13 rebounds) to give the Wiz a decided advantage in the post, something even the most optimistic D.C. fans weren't predicting prior to tip-off. Trevor Ariza was the lone Wizard feeling his outside shot, scoring 18 points on 3-of-5 shooting from three.

And though they they didn't have the best shooting nights, Wall and Beal found other ways to contribute. Beal recorded a team-high seven assists to go with 13 points, and his second-half defense on D.J. Augustin helped limit Chicago's best offensive weapon to 3-for-15 shooting. Meanwhile, with his team down 64-51 early in the third quarter, Wall (16 points, six assists, six rebounds) sparked Washington's comeback by stealing the ball from Noah and racing upcourt for a dunk.

In the end, the Wizards ended up beating the Bulls at their own game, with stifling defense (the Bulls were held to 42 percent shooting), unselfish offense (the Wiz has 21 assists on 36 field goals) and rebounding (Washington won the battle of the boards 45-to-39). In addition, the Wizards have been one of the worst teams in the NBA in getting to the free throw line, but on Sunday they got to the charity stripe 35 times, and they made 26 of those attempts (74.3 percent).

So anyone silly enough to have predicted a Bulls sweep can put their brooms away. Having accomplished their first task -- taking a game in Chicago -- the Wizards are now in the driver's seat. At worst, they will return to D.C. tied at 1-1-, and face a five-game series with homecourt advantage.

At best...well, let's not get ahead of ourselves. Just win Game 2, and Verizon should be hopping on Friday night.

48.6 - Washington's shooting percentage against Chicago, which entered the playoffs with the second-lowest opponents' field goal percentage in the league.

13 - Assists recorded by the Bulls against the Wizards, on 34 field goals. Chicago averages 23 assists per contest.

Would not surprise me if we saw Melee A Nene at some point in this series.

So @JoakimNoah may be the next Def Player of Year but Nene is eating his Poly Prep school lunch.

Just saw like four people put ketchup on a hot dog and now I've decided to root for the Wizards.

Respond with "CHICAGO ISN’T EVEN A STATE CAPITAL" RT @MrMichaelLee: Fan behind me … "The #wizards don't even play in a state!"

Please be seated for lecture. Professor Miller has set down his briefcase and coffee mug.

Professor Miller's having some trouble getting the powerpoint loaded, but as soon as someone from I.T. arrives, IT IS ON.

Andre Miller be like "PUT THE TEAM ON MY BACK. WAIT. SPASMS. Get off for a minute. Okay. Get back on. Let's do this" #WizBulls

Really like the Wizards in this series. A healthy Nene changes everything for them

Andre Miller is the One Ring. Corrupts whichever coach puts him on the floor, never wants to take him off. "My veterannnnnnn...."

I'm getting steamed up. #Wizards

Nene done run outta gas. Then he remembered who died for our sins

@BulletsForever It's hilario watching Bulls trying to check him.

IM RUNNING OUT OF THOUGHTS TO TYPE HATSOWJWGSGISMAJQLPZCHXSGANKAPDKBSJALLZYSJSNMS

If anyone in my apartment building is listening, please don’t issue me a noise violation.

Can we build a statue of Nene outside Verizon in time for Game 3?

No matter what, Randy Wittman always looks like he just got infected with the 28 Days Later rage virus.

The Washington Wizards have never lost an NBA playoff game with Otto Porter.

So wizards may take game one in which both stars were Mia. That's gotta burn Chicago's britches

But, but the #wizards are so inexperienced...

Can we all agree on calling Jimmy Butler "The Chimney" because he shoots bricks and his game is full of holes. @BulletsForever

The Bulls are really mad at the Nets right now.

Where are all the Bulls trolls predicting sweep now??? # chirpchirp #crickets

All my clothing is in a bonfire. #Wizards

I want to stand up on a rooftop and yell this: The Washington Wizards just won a playoff game!

Nice @WashWizards win in Game One in Chicago. Nene was solid. 102-93. #WizBulls

Fantastic win for the Wiz. Great to see Nene play so well on both ends. Thought Wiz did some subtle, nice things on offense.

Nene 7 made FG outside of 10 feet is a single-game career-high #WSHvsCHI pic.twitter.com/FsIu4vqM3l

STUNNING... STUNNING win for @WashWizards tonight in game 1 vs @chicagobulls. UNBELIEVABLE! See you for game 2 Tuesday YES it is on @CSNMA

Gilbert Arenas approves of tonight’s win. (via @wizardsdiehard and several others). pic.twitter.com/c9nkiNbhEB

First the #Wizards Won then Mom took care of the hair to cap this great & #HappyEaster #Love #HeIsRisen http://t.co/FaxDw6NhVi

Late tweet but Randy Wittman is undefeated in the postseason #dcRising

Most embarrassing stat ever: Kirk Hinrich has lost five straight playoff games against the Wizards.

We have done nothing yet but that a good start !!! #kslife #dcRising

2 yrs ago, @WashWizards finished 15 games out of the playoffs. Tonight, they're 15 victories from the NBA title. That's a long way in 2 yrs.

How shrewd do the Nene, Gortat and Miller acquisitions look now? They basically carried the #Wizards down the stretch in Game 1. Huge. 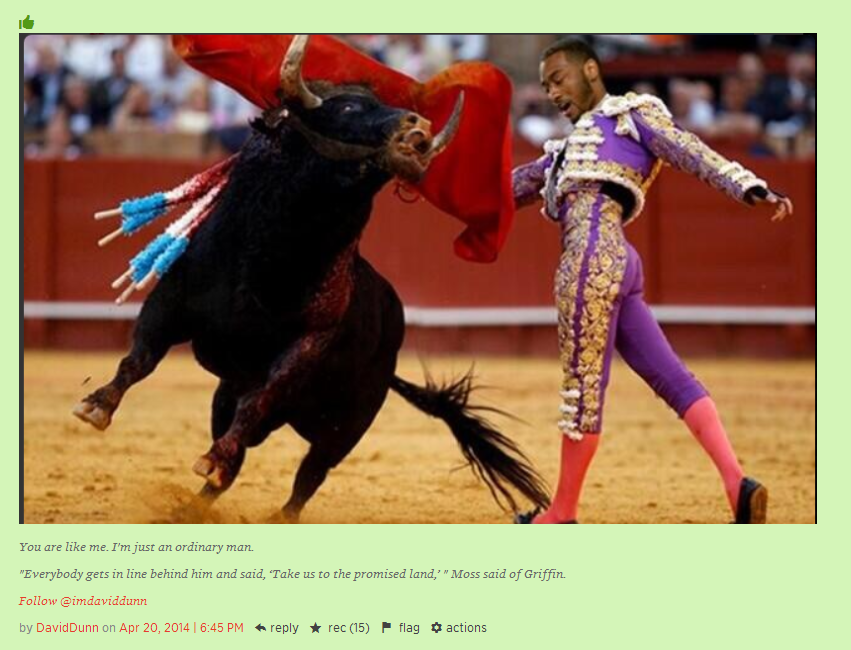