Magical Pixels, Wizards vs. Jazz: Old guys get it done

In a game that no one will remember, the geriatric members of the Washington Wizards played a key role in an easy 104-91 win over the Utah Jazz.

Share All sharing options for: Magical Pixels, Wizards vs. Jazz: Old guys get it done

Sorry Pixels are coming late today. *insert joke about today's Pixels being about the old Wizards, and the Pixels themselves being old news by now* Hardy har har.

But yeah, this game was pretty boring. The Jazz are terrible, the Wizards didn't even seem to care much, and they still won by double digits. Washington repeatedly staked out to big leads, only to fall asleep and watch Utah slowly creep back into the game before waking up and building their lead back. Snore.

Sidenote: Wait a minute, have we really gotten to the point where a Wizards win can be boring?? But I digress.

Trevor Booker didn't do much, recording four points and four rebounds in 16 minutes, but that didn't matter because Al Harrington and (wait for it...) Drew Gooden (!!) combined for 20 points, seven rebounds and five assists in 40 minutes. Gooden was particularly good, going 6-for-7 from the field. Meanwhile, Andre Miller notched six assists in only 13 minutes. This is where I'd make a joke, but Randy Wittman dropped an AARP quip during his postgame, so I'll just leave it at that.

20 - Washington scoring advantage in the paint, where the Wizards outscored the Jazz, 56-36. Sorry, but I really couldn't find a more exciting stat. This was a really nondescript game.

OK, so these are all from the morning after.

Gortat is so pumped.

So is Uncle Al. 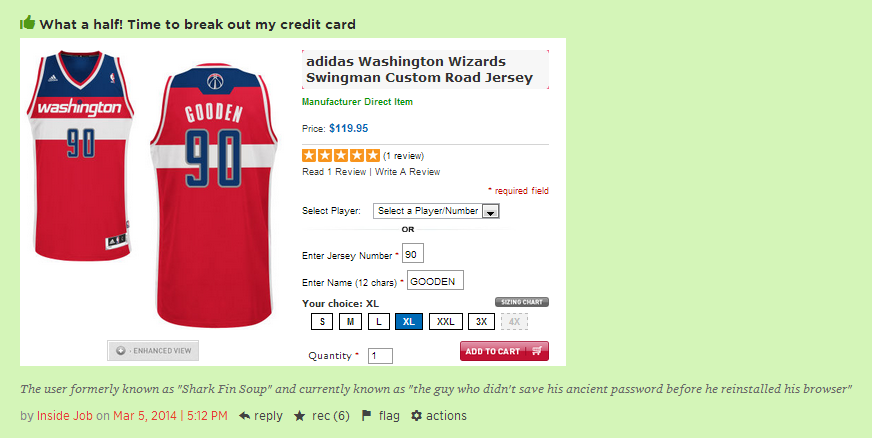 Jazz vs. Wizards: Washington overcomes its own lethargy to win, 104-91