Tattoos have been one of the most controversial topics for the Wizards in recent years. But will this product offer the ideal compromise for proponents and detractors alike?

Image and Product via Amazon.com.

The most important questions regarding the Wizards have always revolved around Body Art. Should John Wall's wage be determined by his abilities or his ink? Would Trevor Ariza be able to hit threes without a neck tattoo? Is the Gortattoo a gremlin or a leprechaun?

Regarding tats, the fanbase is passionate and stubborn. The scalawags at First St. SE are more likely to agree on a budget than any of us are to sway the opinion of a tattoo supporter or detractor. Or so I thought.

Enter the "Wizards Tribal Tattoo Sleeve." With this $10 piece of nylon spandex, you can appease both the Birds and the Beasleys. Look like a BAMF around other tatted tough guys like Guy Fieri and Selena Gomez. Or leave it at home to socialize with Jason Reid. The flexibility of this outfit-enhancer is unmatched.

I don't have any tattoos myself, so I don't know how much they hurt. However, thanks to one of those typical college experiences involving a fire and a branding iron and a couple of Greek letters and my thigh, I suppose you could say I've dabbled in body "art" (photo redacted). Although the pain stopped as soon as my nerve endings were properly Fogo de Charred, it would've probably been less painful to just wear the letters on a shirt instead.

I imagine the mastermind behind the Wizards TatSleeve had a similar epiphany. DeShawn Stevenson may not have felt his own face, but I'm sure he felt Lincoln's. If only he'd been able to throw on a totally tribal turtleneck whenever we wanted to show support for No. 16.

2. It's the embodiment of Haute Couture

Few of us are even worthy of wearing something this stylish. While most of us are too myopic to picture a tribal design beyond Maori or Samoan influence, the WizSleeve creators drew inspiration from a younger tribe. One whose bond's been forged through empathetic suffering to the tune of zero ****ing division wins in 34 straight ****ing years. The look, like the experience, is a mix of pent-up disappointment and insecurity fueled by a lifetime of failed expectations.

The tale of Wizards tattoos has always been rooted in the avant-garde. Consider Gil's stomach tattoo, where his belly-button acts as a lion's tracheostomy in order to evoke Man's detrimental effect on wildlife. Or Calvin Booth's minimalist "Cal" tattoo, paradoxically revealing his identity while masking it as the school he never attended.

But like most high fashion items, folks may call you "lame" or laugh at what they cannot comprehend. As the next advantage illustrates, such inspired design has the potential to alienate the hoi polloi. But all the while you'll know that your sleeve will be hanging in the MOMA one day, inspiring generations for years to come.

The sharp-edge, barbed design will warn potential suitors to steer clear, saving you all the time and money associated with building relationships and raising a family. It costs over $240,000 to raise a child, so think of the sleeve as one of the most cost-effective forms of birth control.

However, steer clear of this product if you're already married. It will inevitably drive your less sophisticated spouse away, and the ensuing divorce will cost you around $15,000.

4. You'll be able to control your temper

Feeling more insolent than usual? Then just leave the sleeve at home. The wonderful thing about the sleeve's non-permanence is having the power to control your bad attitude. Would Wall have criticized the officials last week if he'd left his tats at home? Of course not. We all know there is a direct correlation between arrogance and total tattoo count. That's why mostly tattoo-free players like Latrell Sprewell, Kevin Garnett, Dwight Howard, Ron Artest, and Rajon Rondo have such delightful attitudes.

5. You can create your own designs

Love the idea of wearing the sleeve, but aren't confident that you're sophisticated enough to pull off this particular design? Well, don't panic. You're only a couple sharpies and a pair of pantyhose away from joining in on the fun. Cut the 'hose to size, sketch your Hirshhorn reject, and voilà, you've got your very own TatSleeve. Just slip in on with your Wall-Star Shoes and WizThong and see how long it takes the men in white suits to bring you to St. Elizabeths.

By why stop with us fans? Imagine if Wall didn't have to choose between his shooting sleeve and an armful of Raleigh landmarks. Here are a few other tattoo sleeves I'd love to see: 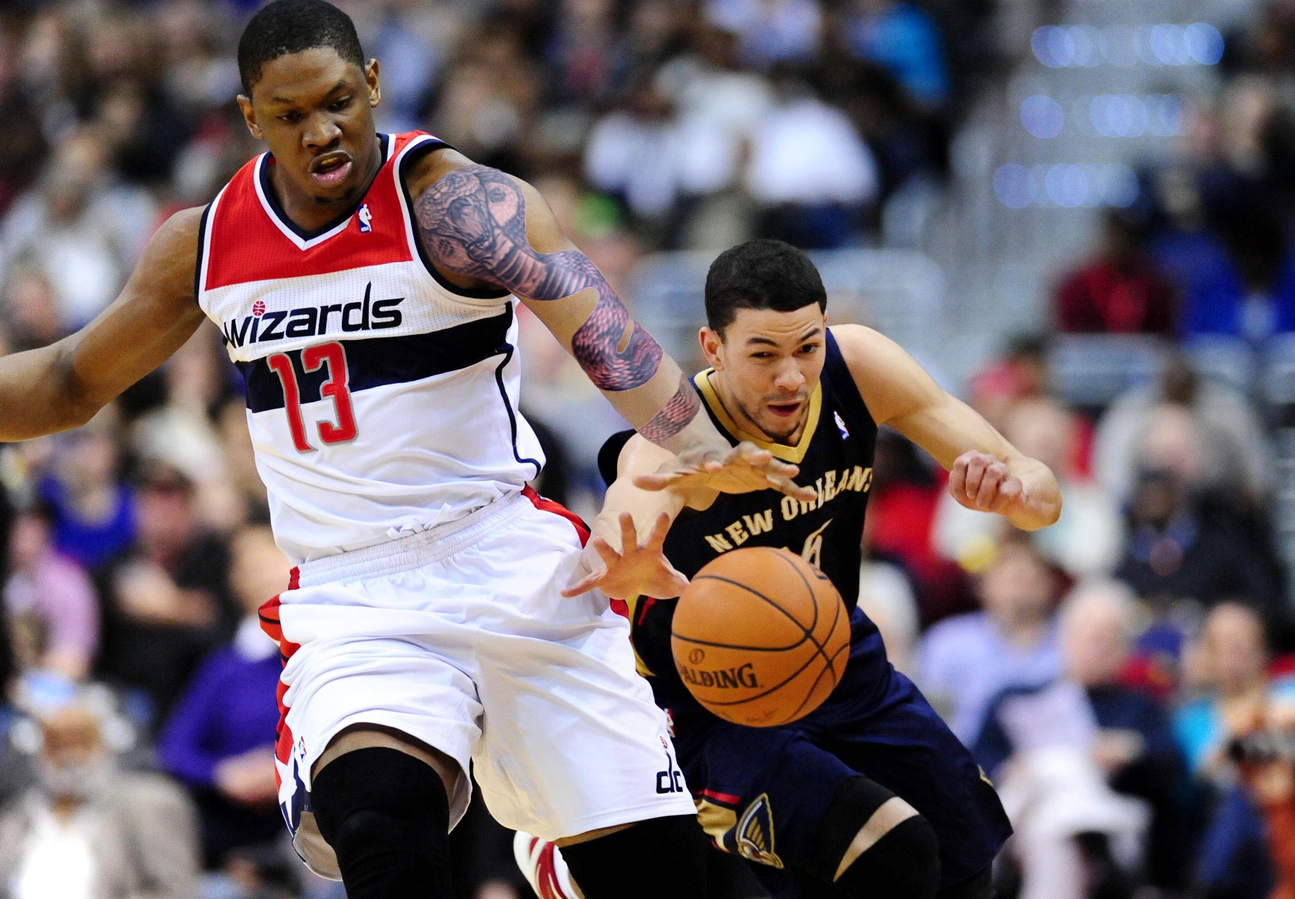 Kevin Seraphin might want to consider hiding those guns with some ink if he wants to avoid going the way of the Hibachi. And what better way than with the spitting image of Verizon Center's lost inhabitant. Opposing teams will be hard-pressed to kick our ass in the 3rd quarter if they spend all halftime worrying that the Phantom of the Verizon could be lurking behind every locker. 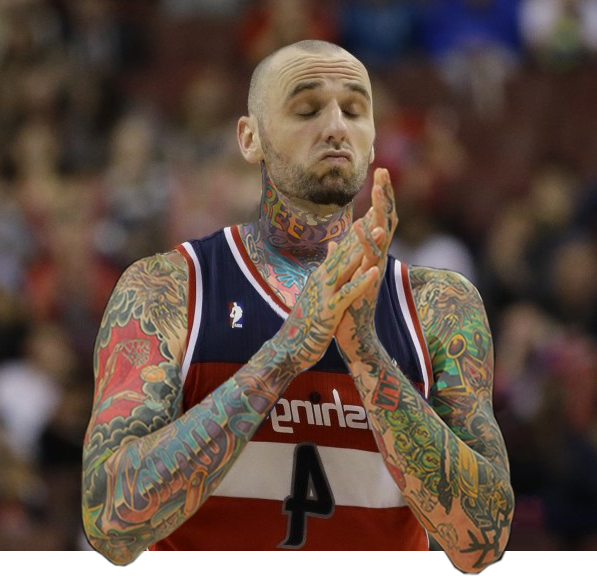 This full-body design will require the acquisition of some sizeable pantyhose to fit the HammerFrame, so the next time Gov. Christie comes to town, you know what to do. Imagine the fear in Birdman's eyes as the taller, larger Polish Machine shows him how to truly wear it well. 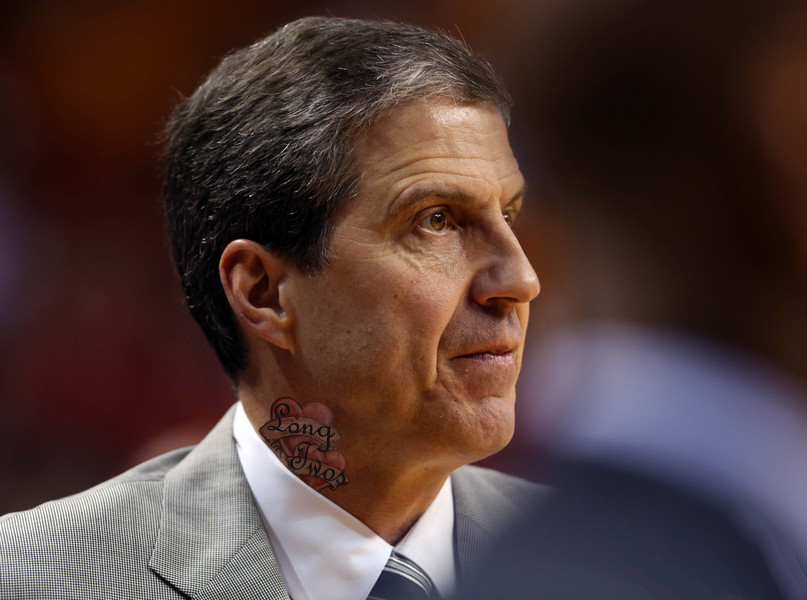 With this subtle tribal turtleneck, even Coach Wittman can get in on the fun. Coach may claim he has no preference between various open looks, but we all have our preferences.