Bradley Beal saved the Wizards from an embarrassing and potentially-crippling overtime loss to the Magic when he chased down and blocked a Jameer Nelson layup. But moments later Beal tweaked his ankle after landing on a teammate's foot, and balance was restored to the universe.

Share All sharing options for: Magical Pixels, Wizards vs. Magic: Bradley Beal saves the day, and now we pray

The universe is a jerk, by the way. It couldn't just let Wizards fans have that amazing block by Bradley Beal. No, it had to then claim Beal, and in the process unnecessarily scare the living daylights out of us.

It sounds like Beal has avoided major injury, but his grimacing reaction while laying on the baseline, coupled with the fact that he landed in a way that it wasn't initially clear on the broadcast how he'd been injured, made Wizards fans fear the worst. Subsequent replays from a better angle showed Beal tweaked his ankle while landing on a teammate's foot, which almost always means a sprain. Of course, sprains could keep a player out for weeks, or no time at all.

Remember, we all feared Beal would miss substantial time with a sprain to the same ankle earlier in the season, and he played the next game like the injury had never happened. I certainly wouldn't expect that this time, as ankle sprains usually mean some time on the sideline.

Anyway, Beal's chasedown block of Jameer Nelson resulted in a lead-changing three from Trevor Ariza, and ultimately sent the Wiz home with a 105-101 overtime victory. A loss to the lowly Magic would have been devastating to Washington, which is currently jostling for playoff position with the Bobcats, Nets and Bulls. The Wizards are tied with the Nets at 14 games back of the conference-leading Pacers, but are currently seeded sixth by virtue of their winning percentage (.523) being one one-thousandth of a percentage lower than Brooklyn's (.524). Needless to say, tonight's game against the Nets is super-duper-mega huge.

As for the Magic game, the starters really came to play. John Wall struggled with his shot for most of the game but caught fire towards the end of the fourth quarter and in overtime, finishing with 21 points, 11 assists and just three turnovers. Beal tallied 20 points, while Marcin Gortat (19 points, 14 rebounds), Trevor Ariza (21 points, 11 rebounds) and Trevor Booker (11 points, 11 rebounds) all notched double-doubles. The bench, meanwhile, wasn't of much help. Six reserves played for Washington, but only combined to score 13 points on 4-of-15 shooting.

More on Beal's game-saving block (The replay includes the call by Orlando's broadcast team; it's kind of cool to hear the shift in tone between Nelson's breakaway, Beal's block, and Ariza's three)

92 - Combined points scored by the Wizards' starting lineup against the Magic. Again, starters got it done last night.

29 - Free throws attempted by the Wizards against the Magic, who only got 10 freebies themselves.

!!! RT @ZachOliverNBA: And the proof. RT @adamosgp: Shield your eyes, kids. Air Stuff is having a stroke. #Magic pic.twitter.com/1sgr4eWvTj

We'll always have this pic.twitter.com/Q9YLRDjVSR

Otto trying to process the block by Beal in OT. #Wizards pic.twitter.com/ty7D5x8TYT

Bradley Beal taped up his ankle & walked out of locker room on his own power. Said he'll see how he feels on Sat. when #wizards host BKN

Beal was able to put pressure on his ankle and walked out of the locker room. Said he will see how he feels tomorrow #WizMagic

But this deserves an honorable mention. 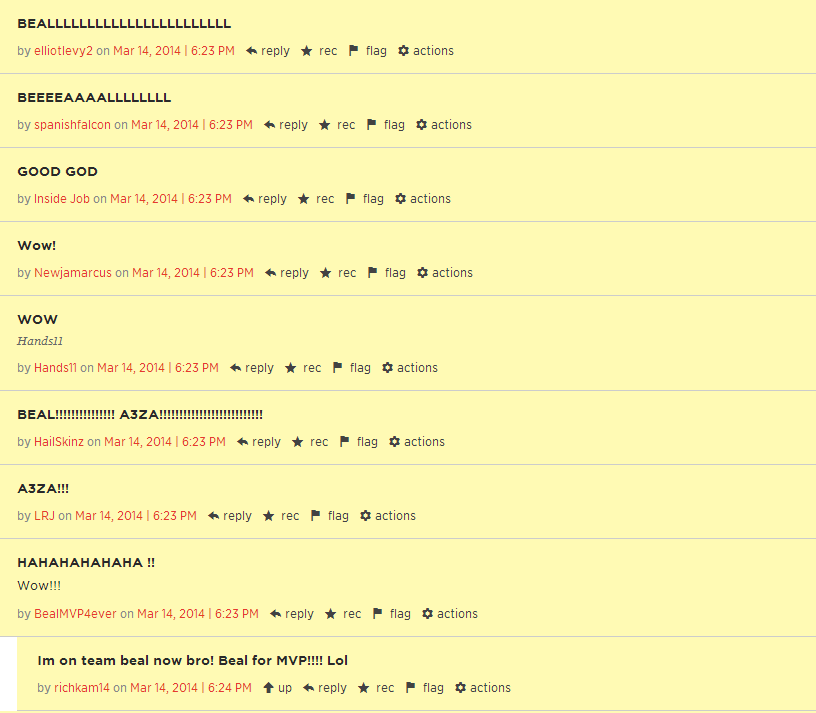 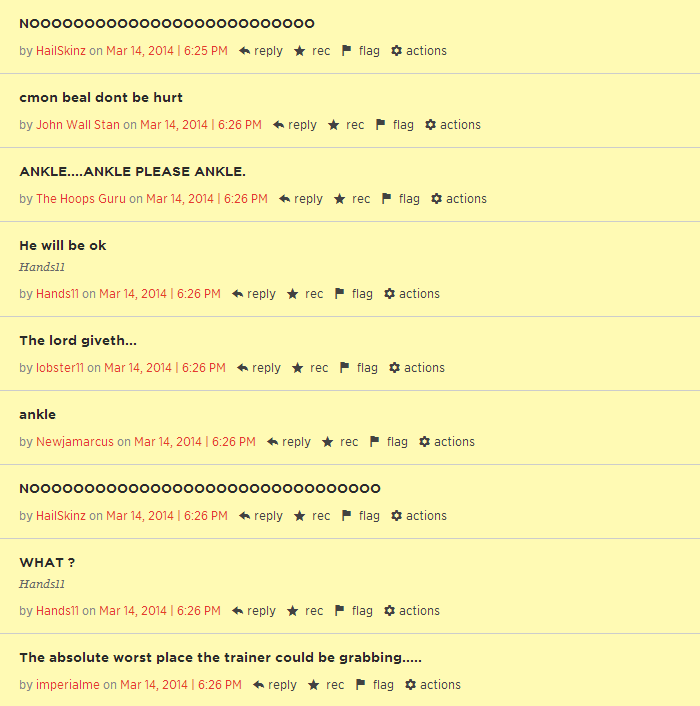 Wiz win and Beal's injury is much less severe than initially feared?

Hopefully he’ll be okay, and we can move on from this stinker. We really, really, REALLY need to win tomorrow.

Too early to tell on that front, this was just an early diagnosis