Magical Pixels, Wizards vs. Raptors: Goodness, what a game

In the best basketball game any of us have seen in some time, the Wizards avoided a season sweep at the hands of the Raptors with a 134-129 triple-overtime win that saw John Wall dominate down the stretch.

Share All sharing options for: Magical Pixels, Wizards vs. Raptors: Goodness, what a game

Is everyone still hyperventilating? Good, me too.

Wow. It's impossible to overstate how big that win was for the Wizards. Not only did it come in triple overtime against a Raptors squad that had already defeated them thrice this season, but it came on the back of the team's All-Star leader, John Wall, who called the win the best of his career.

Wall had a great game, scoring 31 points to go with 11 assists, but it was his sheer dominance at the end of triple OT that spoke loudest. Wall absolutely took over the game. We regularly remark that a player won a game 'by himself.' Well, Wall damn near did.

Mike already reviewed all this in his immaculate recap yesterday morning (which is why we've put off Pixels until today), but because it's worth going over again: With the score notted at 127-127 with 1:22 to play, Wall beautifully intercepted a pass from Greivis Vasquez on a pick-and-roll, knocking it to Marcin Gortat, who pushed the ball ahead to a streaking Trevor Ariza for an easy slam.

On the next possession, Wall stripped Vasquez, raced upcourt and found Martell Webster for a reverse layup, and a 131-127 lead with one minute to play. After a pair of free throws from Demar DeRozan, Tyler Hansbrough found himself switched on Wall, who, well, I'll just let you watch what happened further down this post. Suffice to say, Wall got the best of Psycho T, and from there it was academic.

Just a momentous, monster win. The victory was Washington's fifth in a row -- their longest in two seasons -- and pushed its record to 30-28. Not to be overlooked was Gortat's career game (a career-high 31 points to go with 12 rebounds and 4 blocks), and huge contributions from Chris Singleton (13 points, nine rebounds) and Andre Miller (11 points, 5-of-7 shooting) off the bench.

5 - Three pointers made by Washington against Toronto. Somehow, the Wiz still won.

34 - Washington's scoring advantage in the paint, where the Wizards outscored the Raptors 80-46. This probably helped make up for the lack of threes.

Yeah, there's more than usual. Let's begin at the end of the second overtime.

I DREAMED A DREAM OF BEALS GONE BY

That shot would have counted in AMERICA. #WizardsTalk

Dear Adam Silver: Please call Turner and tell them to switch to Wizards-Raptors immediately or they can find new programming in 2016.

Gortat on Thursday said he joked to Nene after his injury that now he was going to get all the shots.

Is this the game when #Wizards fans finally embrace Marcin Gortat? He's been good all year, btw.

Marcin Gortat is the best player in the NBA.

Our game thread has officially hit insanity. Over 2000 comments and counting... http://t.co/4eUWhgd6Ee

Marcin Gortat is getting MVP chants in my apartment tonight

This game is a...classic? Ducks

I don't want this game to end. I want 9 overtimes

.@PretendHunkler just noted that Gortat has clawmarks on his shoulders from the #Raptors, meaning he'll be a dinosaur zombie in 30 minutes.

Amazingly close: Last time either team led by more than 4 points in Wiz-Raptors was with 8 minutes left in fourth quarter.

Eff it. This game IS a classic. Yeah I said it, I'm owning it too #Wizards

Wall is OUR point guard.

More clutch defense by John Wall. Amazing. On that Gary Payton, ladies. Welcome to the Bay.

Yeah, get worked, Psycho T. John Wall made a joke out of him.

Jesus, is John Wall ever not doing something amazing? #Wizards

And awesome defense from Wall. Just a friendly reminder: there were actually people who didn't think he was worth the max deal

Whew. Tiring. Oh, the last time Washington played a triple-OT game, none of the current Wizards were born.

A three-overtime thriller his to the good guys. Wall puts the team on his back. Gortat came up John Candy big. Ballgame!

#WizWin RT @MySportsLegion: Who would have thought TNT would ever cut away from a Heat/Knicks game for a Raptors/Wizards game? Props to TNT.

Wall is getting tons of love on Sportscenter at the moment.

What a great comment and pic from @BulletsForever right here from the post game elation thread pic.twitter.com/tRvkWhkHuB

"Listen, I told you, I think the Wizards are gonna be the third-best team in the Eastern Conference." http://t.co/SuUjhs9Ue5

There can't be just one from a triple OT game, right? Right. Just consider this John Wall's personal highlight reel.

This deserves a sampling of elation.

BEST WIN OF SEASON BY FAR

this post count has to be a SBN record...

For this site only haha.

I will never forget J.W. face when he realized the wizards had the first pick lls

Oh, and this also amused me. 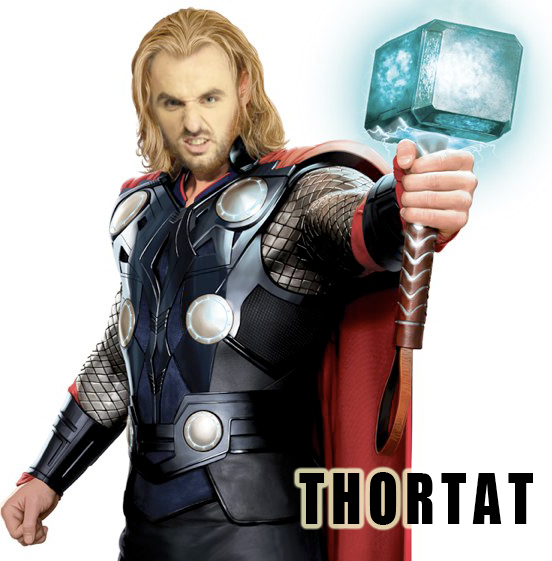