Magical Pixels, Wizards vs. Spurs: Washington falls back to .500 with cruel double-OT loss

Can you think of a more #SoWizards way to drop back to .500 and continue an eight-year losing streak?

Share All sharing options for: Magical Pixels, Wizards vs. Spurs: Washington falls back to .500 with cruel double-OT loss

It had to come to an end at some point, right? Over the last two weeks, the Washington Wizards defeated the Suns, Warriors, Thunder and Trail Blazers, so can we really complain that they finished off that Western Conference Mount Rushmore stretch with a double-overtime loss to the San Antonio Spurs, the NBA's model franchise over the past decade?

Wait, what am I saying? Of course we can complain, that's what Wizards fans do!! The Spurs were without Manu Ginobli and Kawhi Leonard last night, and the Wizards built a 17-point first half lead (seemingly) as a result. Then San Antonio lost Tony Parker for the second half due to lower back tightness, and...the Spurs went on a massive third-quarter run? Fueled by 678-year old Tim Duncan?? AND PATTY MILLS?!?!

Then what if I told you that, after the Spurs forced overtime and appeared set for a win up four with 8.7 seconds to play, John Wall forced double OT with two quick layups -- his score-tying scoop coming with 1.9 seconds to go following an incredible inbounds steal and mad four-second, three-quarters court dash to the rim -- and that Duncan fouled out less than a minute into the second overtime?

I bet you'd tell me momentum + Duncan foul out = Wizards win, wouldn't you? Sorry kids, Wizards math doesn't work that way. Tired legs betrayed Washington in double OT, when the Wizards shot 0-for-11 and were outscored 10-3, leading to a 125-118 loss, their 16th straight (!!) to the Spurs.

Sure, there's been worse defeats, way worse, but it would have been really sweet to get this one and go two games above .500 heading into a two-game stretch against the imploding Cavaliers and putrid Kings. Instead, it's back to .500 for the Wizards, a position they're suddenly far too familiar with.

0 - Field goals scored by Washington in double overtime against the Spurs. The Wiz shot 0-for-11 in 2OT.

62.5 - The percentage of San Antonio's field goals against Washington that came off assists.

43 - The percentage of Washington's field goals against San Antonio that came off assists.

Naked for John Wall. Who is with me?

Spurs-Wiz has entered the ludicrous zone.

Pop: That was one of the best wins I've ever been associated with.

Popovich on John Wall: "I don't know what else I can say about the guy...this year is a huge jump for him"

Tim Duncan on John Wall: "He’s an All-Star and he’s going to be a great one" #Wizards

A loss is a loss, but this was still awesome. (Make sure to play the audio to experience the full Buckhantz Effect.) 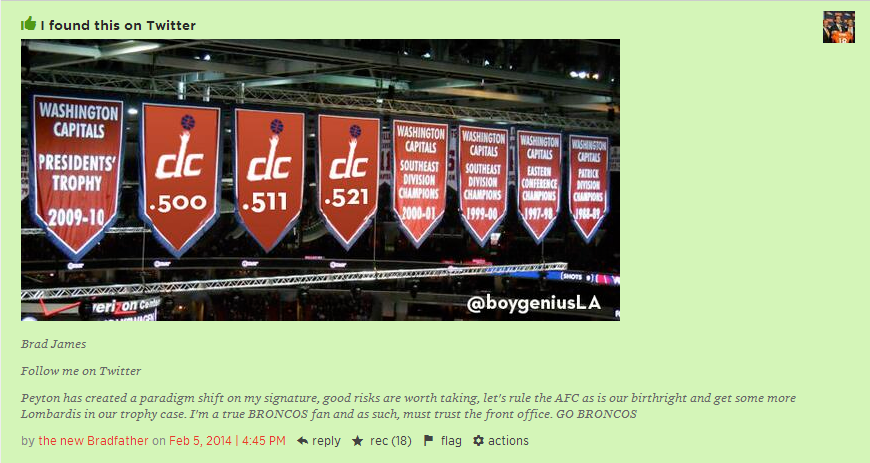