The Washington Wizards' All Star outplayed the Oklahoma City Thunder's MVP candidate in a huge home win to get back to .500.

We've known a motivated John Wall is a thing to behold for awhile now, but man.

Wall played maestro on both ends of the court in leading the Washington Wizards to a 96-81 win Saturday over the Oklahoma City Thunder, who entered the contest on a 10-game winning streak. Wall scored 17 points to go with 15 assists, six steals and only two turnovers. He hounded Reggie Jackson all night, forcing the Thunder's point guard into 6-of-17 shooting and eight turnovers.

While Washington's All Star was dominating, Oklahoma City's MVP-favorite was having a (for him) pretty ho-hum game. Kevin Durant led the Thunder in scoring with 26 points, but he shot only 8-for-21 after spending the entire month of January as hot as we've seen any NBA player in history. Credit Trevor Ariza, who also led the Wizards with 18 points, with defending Durant about as well as you can do it.

Washington got great play from all their starters aside from Bradley Beal, who struggled with his shot and still hasn't found a way to consistently contribute when he jumper isn't falling. Marcin Gortat notched a double-double with 14 points and 14 rebounds, while Nene pitched in 17 points, which included a couple thunderous dunks and a dagger three-pointer (yep) towards the end of the game with the shot clock winding down.

The Wizards are back at .500, with the Portland Trail Blazers coming to town Monday. Should be fun.

21 - Thunder turnovers against the Wizards, leading to 23 points for Washington.

38 - Durant's shooting percentage against the Wizards, after shooting 61.1 percent during the Thunder's 10-game winning streak.

Just incredible how many ways Wall changes the game in spite of his shooting. So underrated

John Wall's 15:1 assist-to-turnover ratio tonight. Is that good or bad?

1. Good hedge here by Nene 2. THIS GUY SHOULD BE STARTING PG FOR THE EAST 3. Zoinks. http://t.co/eUnoExt1fJ

#Wizards win, 96-81. That lanky French guy, Durant, is pretty good, but I don't see what all the fuss is about.

I apologize to Trevor Ariza for all those mean things I once said about him.

Welcome to Bizarro World, where the #Wizards beat up on the best team in the NBA like it's nothing and John Wall outshines Kevin Durant.

If you haven't noticed, the Wizards have been beating your favorite teams.

Congrats to Portland on their big win over the Wizards. cc @ElonGuido 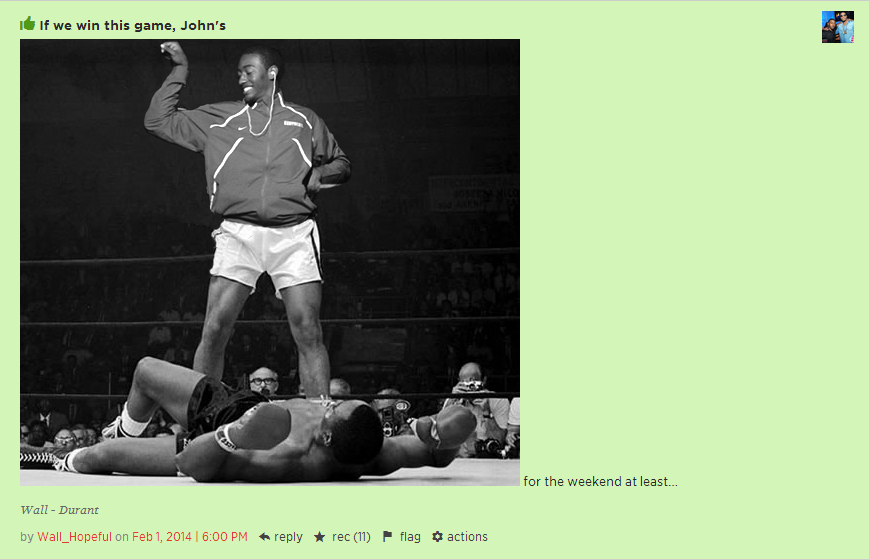