Randy Wittman's ejection seemed to breath a little life into his team, but it was far too little too late as the Washington Wizards got walloped at home by the Toronto Raptors for the second time this season.

So much for all those warm and fuzzy feelings leftover from All Star Weekend.

The Washington Wizards stunk up the Verizon Center against the Toronto Raptors for the second time this season, losing 103-93 in their first game back from the All-Star break. Randy Wittman got himself ejected arguing a call with 4:39 left in the game, at which point Don Newman decided to go small and the Wiz made a mini-run to make the final score closer than the game actually was. Following an All-Star weekend in which the Wizards came away looking as good as anyone, this was a major letdown.

John Wall had an incredible first half, scoring 19 points, but only score three points the rest of the way. Marcin Gortat had a solid game with 18 points and 11 rebounds on 8-of-11 shooting, but the rest of the team provided little. Bradley Beal and Trevor Ariza combined for 15 points on 4-of-18 shooting. Nene chipped in 17 points, but went 1-of-5 from the free throw line, where he is now shooting only 59 percent on the season.

Don't look now, but the Wizards have lost three straight, and five of six. They currently hold the sixth spot in the Eastern Conference and play the fifth-place Atlanta Hawks tonight on the road. Time to get it together.

58 - Percentage of Toronto's points scored in the paint. The Raptors scored 60 points in the paint against the Wiz.

22 - Combined shooting percentage of Bradley Beal (2-for-10) and Trevor Ariza (2-for-8) against the Raptors.

Dave Chappelle needs to come dressed as Rick James, sit on Randy Wittman's couch & say, "@#$^ your rotation!" Some nights your guys are flat

Dear #Wizards, STOP taking what the defense gives you. START taking exactly what you want. Yours, unfortunately, @JohnCTownsend

This play pretty much sums up the entire game. (H/T @Truth_About_It) 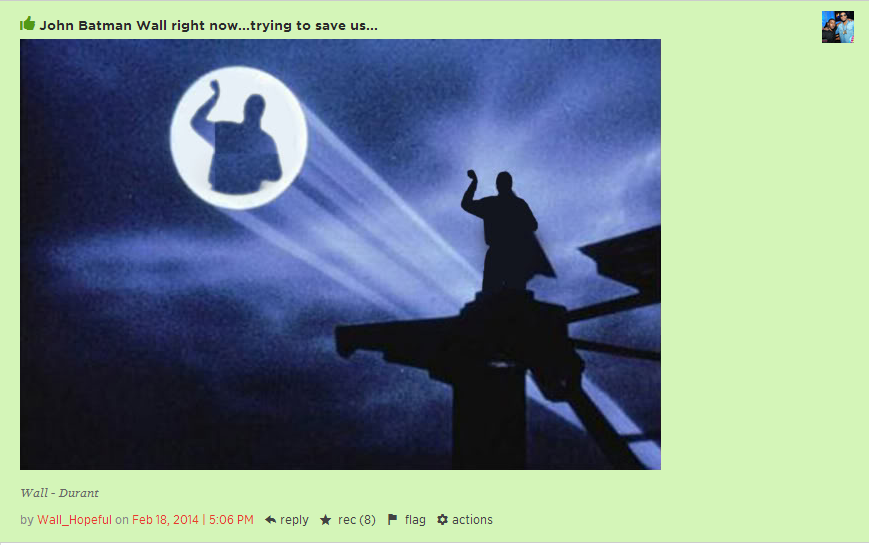