Obscurity to celebrity: Glenn Consor's rapid journey to Israel and back

The Oct. 15 preseason game against Maccabi Haifa was just another preseason contest for the Wizards. But for Wizards radio color analyst Glenn Consor, the game was more than just a game. It was a trip down memory lane.

Share All sharing options for: Obscurity to celebrity: Glenn Consor's rapid journey to Israel and back

And as I listen to the phone call from the United States with perfect clarity while in France, I hear it all so easily. I hear the young man speaking of an ongoing career that is and what it could be, mixed with his older, realistic self recounting a career that was and could have been.

That's how it goes for most former athletes. They play while they can and work their butt off until an injury derails their career. Or, they last many years playing the sport they love, hanging on for dear life as younger studs are being groomed to take over their spot sooner than later.

But that doesn't describe Washington Wizards' radio color analyst Glenn Consor. His journey was neither ruined by an injury nor a mind unwilling to let go of what has already come and gone. His two-year professional basketball career was undone by his younger self; a person willing to go to any length, across any ocean, to get paid to play the game he loves.

Towards the end of his high school years in Queens, NY, Consor had no intention of moving on to play college ball at a small city school like most of his friends were planning to do at the time. His talent deserved to be showcased on a bigger stage. He just didn't know it would be a real possibility until his senior year in high school. 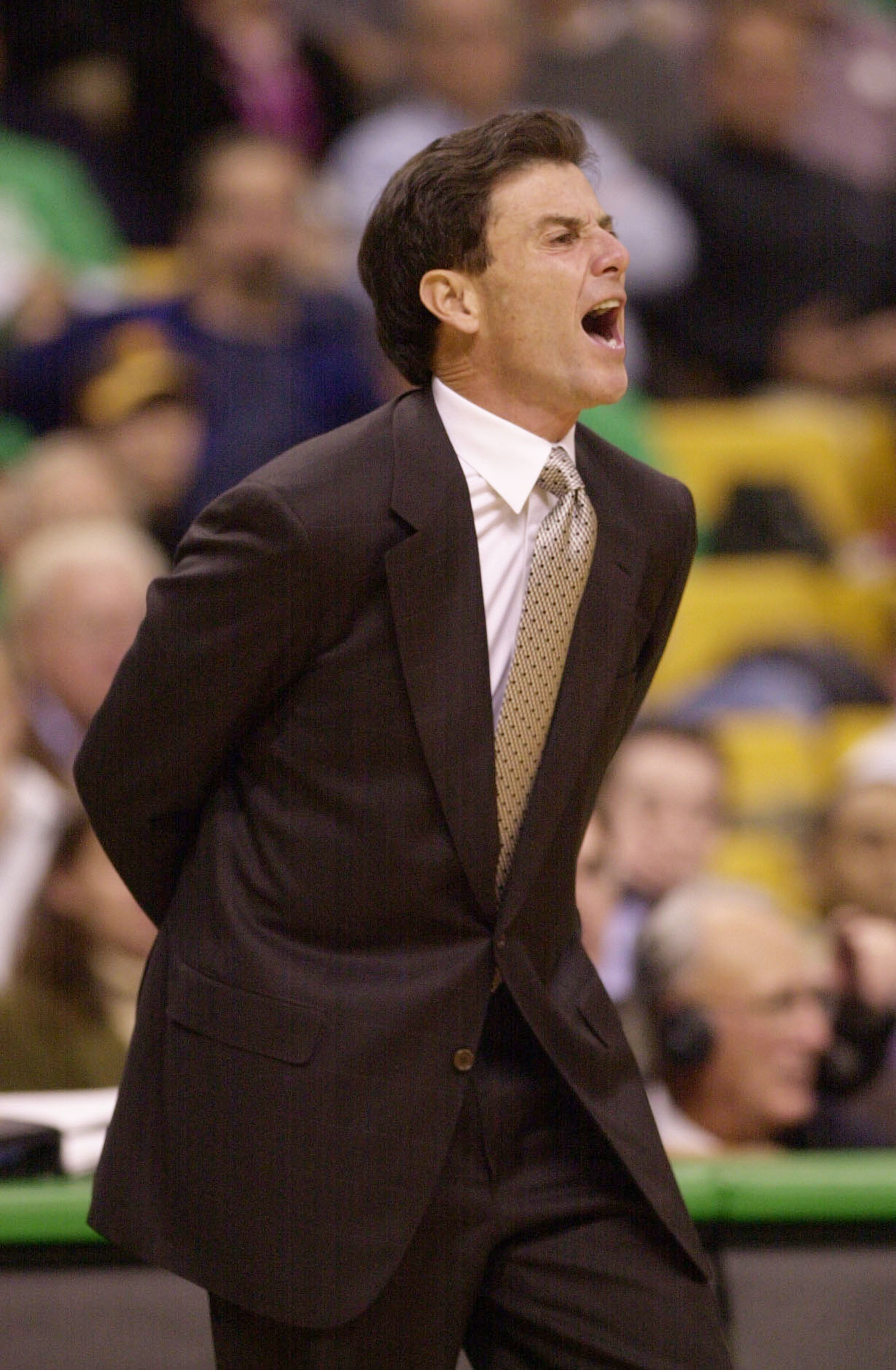 "I was kind of a late bloomer. I didn't even know I was gonna play in college until my senior year," Consor says. "All my friends that I grew up with went to CUNY [City University of New York] city schools. Back then, recruiting wasn't as sophisticated as it is now. There was like one big recruiting camp called Five Star that you would go to. I went there going into my junior year and didn't really get a lot of interest. Maybe some small schools and I didn't really know if I wanted to do that. Then going into my senior year I went back and had some really good sessions. When I got home from that summer, I had all these offers."

One of the nearly 40 scholarship offers he received from colleges around the country was from Boston University, soon to be coached by the young Rick Pitino. It was a perfect situation. Consor stayed in the comfort of the Northeast region while committing to a school that wanted him.

"I really fell in love with Boston when I went up to visit and I was gonna start as a freshman, so that meant a lot to me," Consor says. "It was a good fit all around, with sports and academics. I wasn't that far away from home."

Though his first two years at BU went well, Consor's game blossomed with the arrival of Pitino. The young head coach forced Consor to play a different, attacking style, one that would set the stage for his professional career.

"You could see right away how good he was. He taught me how to play," Consor says. "I had started my first two years at BU under another coach and I was more of a playmaking point guard, didn't shoot much. He didn't want that. He wanted me to look to score and look to attack and he developed my game."

Scouts began to take notice of his play, as well. He and Pitino discussed the future often; a future that would almost certainly involve playing in the NBA. But things didn't quite turn out as expected.

"I always wanted to get paid to play," says Consor. "And as college went on, Pitino told me I might get drafted into the NBA. He thought I would, but I didn't."

Here's some quick background: Consor is Jewish. And as a Jewish American, his heritage gave him some added exposure, in the States and abroad, that would eventually become the gateway to his professional career. A career that, as it turned out, would be played entirely on Israeli soil.

"A publication came out, like a Jewish All-American Team. And I made First-Team Jewish All-American as a junior and a senior, and then my name got out there that I was a Jewish player," he says. "And then it kind of snowballed into some the Israeli teams and they found out about it. They sent people to come watch me play my senior year and then they flew me over to try out when my college season ended."

This gave Consor Israeli citizenship, which meant he wouldn't be seen as a foreigner. This in turn meant the clubs didn't need to pay the extra cost of signing a foreign player. Why is that important to an athlete? More money for the clubs to pay them.

Despite his broken dreams of playing in the NBA, Consor had still played well enough on the collegiate level to earn the opportunity that he had always imagined for himself. He was en route to playing professional basketball.

"I wanted to go where I could make the most money," Consor says. "Pitino was contacted by a couple of teams in Israel and he told them about me. Right when the season ended, they flew me out there and I tried out for two teams and I played really well, so I created some leverage for myself between two teams."

Consor eventually signed for Maccabi Haifa on a two-year deal, with an opt-out clause allowing him to leave in case that he were to sign with an NBA team between his first and second season's with the club. All this to the dismay of his parents.

"They were really worried about safety and they'd never been there, so they did not want me to go there"-Glenn Consor on his parents' reaction to playing overseas

"They hated the decision because it was in Israel," Consor says. "Back then, like it is now, it was dangerous. They were really worried about safety and they'd never been there, so they did not want me to go there. They would have rather seen me go somewhere else."

But Consor was young and ambitious. It was professional basketball, what he had always dreamed of doing one day. And to live out his childhood dream, he was ready and willing to go to any and all lengths.

Things were going great for Consor. He just signed his first professional contract and was about to go from a hockey-loving institution to a basketball-crazy community. They fell in love with him in Israel.

"I kind of went from obscurity to celebrity really quickly," he says. "Sometimes I like obscurity better, but it was fun. I know every second I never felt like a celebrity even though they treated me that way. I always came from humble backgrounds and playing at college where it was a hockey school, I never really felt that way about myself so I was pretty approachable by everyone who was treating me a certain way."

The Israeli game came easy to Consor. Thanks to Pitino pushing him to play aggressively, he was already accustomed to the up-and-down style of play. 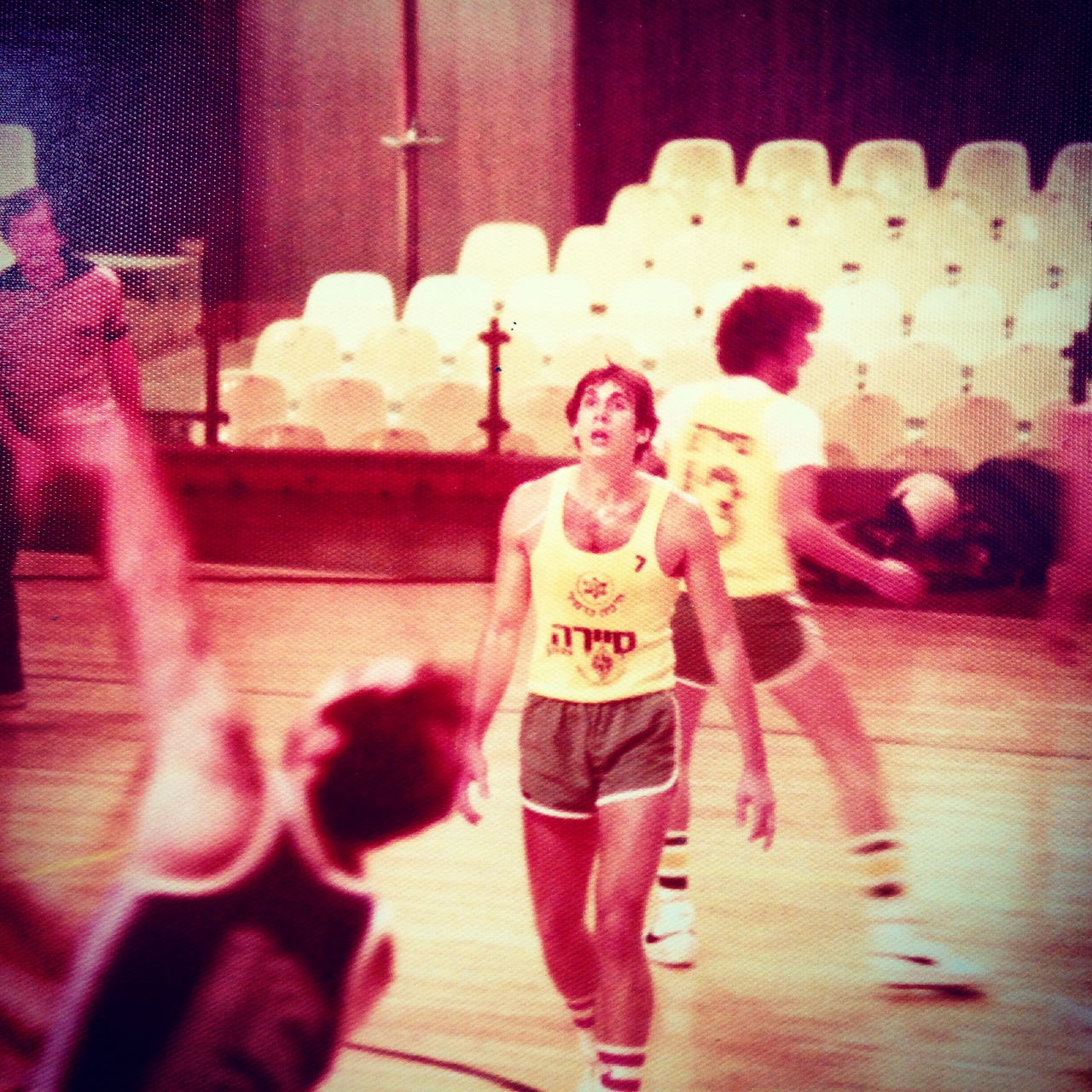 In Israel, Consor found he was free to shoot as much as he wanted.

And a path you think will lead you to the Promised Land can end up taking you to a dark cul-de-sac that'll spit you back out to where you were before, no better, no worse. It's what your mind tells you that decides where you really are. And those internal messages that every player tells themselves explains how the game goes beyond numbers in a box score.

So even though Consor was a celebrity, something wasn't there. That something is often what the outsiders can't comprehend. It's not always so easy to play a sport in a land you don't know.

"I really missed the United States and just being back home," Consor says. "I can honestly say that if I played now, I wouldn't feel the same way."

A tryout with the Washington Bullets fell flat, sending Consor back to Haifa. There, he grew close with a new American teammate and roommate. That person: current Cavaliers coach David Blatt.

But something internally still pulled at Consor. Something that might not be so understandable to those who always dreamed of being in his position, living the life that he was currently living. And the pull was strong. Enough to make him do something he regrets to this day: quit playing.

"I missed the States. Everything about the States. So I just wanted to come back and start a life for myself, start a career and figure out what I wanted to do," Consor says. "You're only young once, and just to be able to play as a professional athlete is something you can't do for a very long period of time in any sport."

What "happened" wasn't terrible, but it involved a number of years of uncertainty regarding his future. It involved numerous sales and advertising jobs. It eventually involved a job with Comcast, known as Home Team Sports at the time. It involved a tenure as an NBA scout with the Wizards and the Indiana Pacers. It involves his current job as the radio color analyst for an NBA team. It involved his loving wife and a family.

But all that happened a lot sooner than he would have preferred.

"[Haifa] wanted me to re-sign [after the second year]. In fact, I signed it but just didn't go back, so I stopped playing," Consor says.

"I decided to start my real career. I probably shouldn't have because I was so young and I was healthy."

"And I regret that. I really, really regret that because I only played two years. I don't know why, but I decided to start my real career. I probably shouldn't have because I was so young and I was healthy."

These days, he has dinner in Las Vegas with Blatt, reminiscing on the past and where their different paths have led them. The two had lost touch since the Maccabi days, but hit it off again this summer when Blatt was coaching the Cavaliers' Summer League team. It was just like old times.

"We really lost touch," Consor says. "But when we connected, it was like no time has passed."

Every player, just like every person, has a story to tell. The story is the journey, and that can't be found in the box score. That's found through the years of dreaming to make it one day, the countless hours of hard work, the days spent lonely and confused about whether this is what you should be doing, the decisions you make to put you in the situation you are currently in.

And whether you succeeded or not can't be judged by others until it's all said and done.

And even then, that's still not for them to decide.