Once again the third quarter doomed saved the Washington Wizards in a disappointing satisfying road loss win against the Charlotte Bobcats.

Share All sharing options for: Magical Pixels, Wizards vs. Bobcats: Washington actually wins a game in the third quarter

The critical juncture for the Washington Wizards again came in the third quarter last night against the Charlotte Bobcats, only this time the Wiz were the beneficiaries rather than victims of a massive run large enough to help them withstand a late Bobcats rally en route to a much-needed 97-83 road win.

John Wall had an off-shooting night, but more than amended for it by dishing out eight assists while committing zero turnovers, and Trevor Booker only played 22 minutes but still found a way to score 12 points and grab eight rebounds. Both players combined for 13 points during a 17-0 third quarter run that ostensibly put the game out of reach for Charlotte.

The victory also snapped a three-game skid to start 2014, and saw a couple key Wizards get themselves right. Both Bradley Beal and Marcin Gortat had been slumping of late, but each played great against the Cats. Beal (who must have noticed yesterday when I declared his slump official) finished with a team-high 21 points on 10-of-18 shooting in 31 minutes, while Gortat recorded 18 points and 13 rebounds, but more importantly helped hold Al Jefferson to only six points on 3-of-9 shooting.

7 - Turnovers committed by the Wizards against the Bobcats. John Wall had zero, and the starting lineup only had one (by Trevor Ariza).

13 - Turnovers forced by the Wizards against the Bobcats. Kemba Walker and Ramon Sessions, Charlotte's primary ball handlers, combined for nine.

Oh man, there were so many good ones last night, especially since there were a number of cool/crazy plays and Truth About It's Kyle Weidie was particularly strong with his Vine game.

Run the damn ball Shanny "@BulletsForever: Wait, we have to play a third quarter? Crap."

Wizards on a 17-0 run led by Trevor Booker. Exactly like we all predicted.

There should be a "Vs Wizards" hall of fame. Gerald Henderson would be making a case for 1st ballot. #WizBobcats

SPECIAL QUOTES OF THE NIGHT

We don't normally have a "Quotes of the Night" section, but this excerpt from Michael Lee's Washington Post sidebar on Jan Vesely is just too good (video of AirWolf's dunk can be seen above in the first Tweet of the Night):

The Wizards are well aware of Vesely's vast array of dunks because the Czech Republic native has rarely been shy about showing off or testing his material during and after practice.
"I know he's capable of doing some sick stuff. I stay with him after practice. We stay with each other a lot and I know he can do," Marcin Gortat said. "He's a black man in a white body. He can jump out the gym. You never see a white man jump like that."
When told of Gortat's comment, Martell Webster paused for a moment to process it.
"You know, Jan. Jan, I love the kid," Webster said. "But he's nowhere near black. At all! Have you heard his music? I think the tempo is, on average, 170 beats per minute. I don't see it guys. I don't see it."

But Wall was hoping that Vesely would've had more fun on his highlight jam. "I thought he was going to do a one-leg windmill," Wall said. "He got so much in the arsenal, he just don't try them in the game."
Wall was ready to side with Gortat's assessment of Vesely's athleticism, though. He smiled and said, "I'm going to think about that." 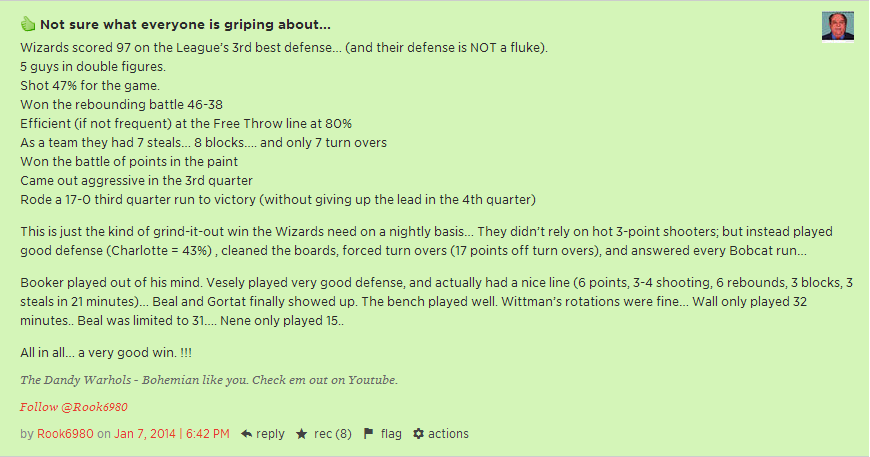 Then again, it wouldn't be Pixels without a big helping of snark.