"Look ref, I'll even tell my guys to start hacking, just call a foul on the other team for once."

Sometimes, all you need to do is look at the box score. Sure, a lot of people are going to blame Randy Wittman and his Hack-an-Andre strategy for the Washington Wizards' 110-103 loss Wednesday to the Los Angeles Clippers, and perhaps rightfully so. The Wizards were playing good defense in the second half, and trailed by only three points with more than two minutes to play when Wittman made the decision to intentionally put DeAndre Jordan at the line rather than let his team keep working to get stops.

But the fact the Wizards were even in a position to win the game that late is a testament to how well they had been playing. They shot better than 51 percent while attempting 15 more field goals than the Clippers, and yet they lost by seven. What gives?

Oh, right, the Clippers shot 42 freaking free throws, while the Wiz got a paltry 17 attempts at the line. This might have made sense if Washington had spent the whole game away from the rim, but that was far from the case -- the Wizards scored 62 points in the paint, 20 more than the Clippers. Of course, the Hack-a-Dre strategy inflated the total number of trips L.A. made to the line, but even if you take out Jordan's 10 attempts, the Clips would still have nearly doubled the number of free throws Washington took.

So yeah, I'm thinking those extra 25 free throws L.A. got might have made a difference in a seven point game. It's lame to blame anything on refs, so I guess we'll all have to settle for being mad at Wittman, but the zebras played their part last night, too.

42 - I suppose I've already harped enough on this, but yeah, the Clippers took 42 free throws. Goodness.

13.6 - Washington three-point shooting percentage against L.A. The Wizards made only three of their 22 three-point attempts. This didn't help matters.

Beal continues to star. This might be the best stretch of his season.

I'd like to buy this Wizards-Clippers game another drink, see what she's got going on this weekend.

if the ambien culd hav kicked in when Wiz was within 1, whole year would have been perfect. AAAAALLLLLLLLLLAAASSSS

@BulletsForever someone tweeted this, I think you'll agree with it pic.twitter.com/tesm8FUG3d

The Wizards will never break .500 and at this point I kinda love it. We can do this shit forever

Admit it, there was a part of you that wanted Nene to put Griffin in a chokehold and never let go. (H/T @Truth_About_It) 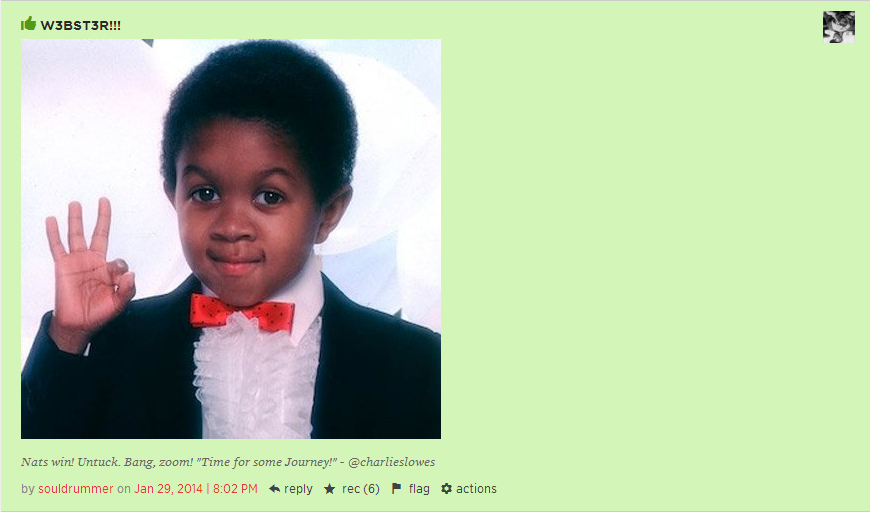