Welcome to the Wizards' season-defining stretch

Share All sharing options for: Welcome to the Wizards' season-defining stretch

It's often said that brief moments define long seasons. A big game, a crazy play, a players-only meeting, an off-the-court incident (we see you, Gil!) -- months of work can hinge on these compact events, so the cliche goes.

We're probably going to learn a lot more about this team over the next week or so. If there are instances that define a team's season, this is it for Washington: nine days, five games, five title contenders. Outright disaster or surprising resurgence, we'll know where this Wizards team is going pretty darn soon. 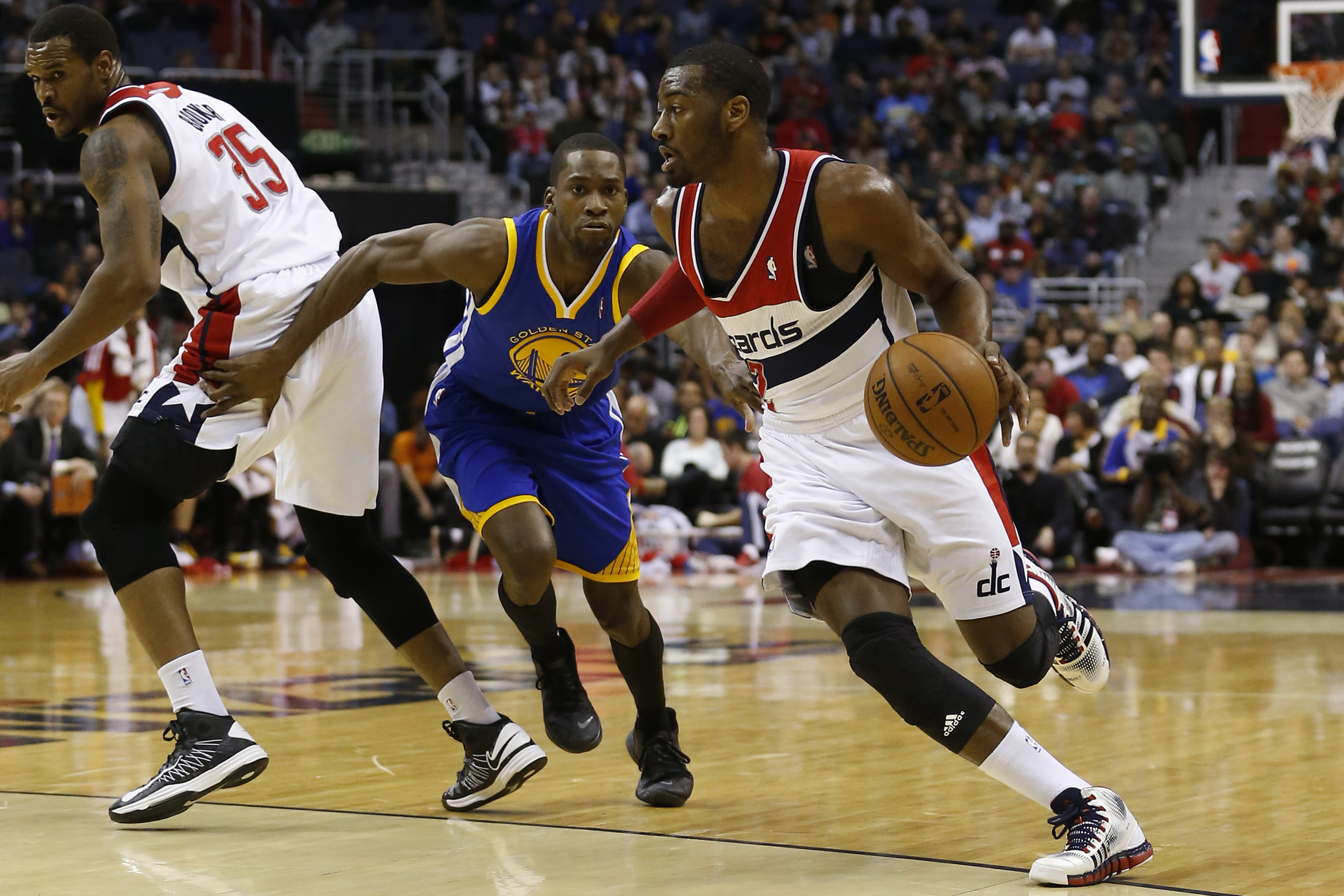 The Wizards' death march through the Western Conference begins Tuesday at Oracle Arena. When these teams played last year, Wall got ejected amidst a physical matchup -- can he rebound this time around?

Starting on Tuesday night in Oakland, Washington begins a five-game stretch that features the Warriors, Clippers, Thunder, Trail Blazers and Spurs. There are probably seven or eight teams with a realistic shot at reaching the NBA Finals this year; the Wizards will play five them in five consecutive games.

And that's probably not bad, because we currently know hardly a thing about this team other than its certain inability to win the championship. Could the Wizards be good enough to win a playoff series? Sure. They could also lose 45 games and find themselves sending a weak lottery pick to Phoenix in exchange for Marcin Gortat.

At the very least, this stretch should be able to tell us which of those two scenarios is more likely to happen. Five straight blowout losses against elite teams, dropping the team to 21-27 and possibly out of the playoff picture, would be a borderline disaster. But if the Wizards win two or three of these games, or at least play consistently competitive basketball throughout? It'll be easier to sit back and take the rosier picture of this team.

It's all left me feeling both excited and nervous about the next week or so. If things go well, support for Randy Wittman will increase tenfold, the playoffs will be a borderline lock, and we'll be able to move forward thinking about what this roster can do. A number of blowouts likely wouldn't signal the immediate ouster of Wittman and Ernie Grunfeld, but it would demand that the team start asking some hard questions about the direction of this roster.

And really, I'm okay with all of that. One of the most difficult aspects of this Wizards season has been evaluating the work of Wittman and Grunfeld, deciding whether it's worthwhile to keep trudging or simply clear house and hope other folks can support Wall more effectively. We know George Karl seems like a good idea at coach, but ownership insists upon patience and that likely means waiting until the offseason for hard decisions to be made. Between then and now, a lot can happen.

Still, a few days into February, this conversation should be much, much easier. Welcome to our defining stretch.