Man, this team loves being average.

Share All sharing options for: Magical Pixels, Wizards vs. 76ers: Riding the .500 seesaw

The Washington Wizards are back to .500...and you're already bored because you've read this a bajillion times already this season.

Okay, fine, you've now read that four times this season, but whatever. The point is, this teams loves having an even record. The good news yesterday was that Bradley Beal bounced back in a big way from a recent slump in leading Washington to a 107-99 win over the Philadelphia 76ers. Beal scored a team-high 22 points on 8-of-15 shooting (3-of-4 from three, 3-of-3 on FTs) and also led the Wizards with nine rebounds and eight assists.

That, along with 16 points in 23 minutes from Kevin Seraphin and another double-double from Marcin Gortat (19 points, 11 rebounds), was enough for the Wiz to endure a substandard box score from John Wall, who scored 14 points to go with five assists and five boards.

At 20-20 and with a Wednesday home date against the Boston Celtics, can the Wizards finally break through and end up with a winning record? We're running out of fingers to cross.

68 - Percentage of Washington field goals that came off assists (25-of-37) against Philadelphia.

41 - Percentage of Sixers field goals that came off assists (15-of-37) against the Wizards.

Verizon Center turns into Qwest Field when free chicken is at stake.

RW: "It’s not a magical thing, all of a sudden fairy dust is going to fall on us if we get over .500, we’re not going to lose another game." 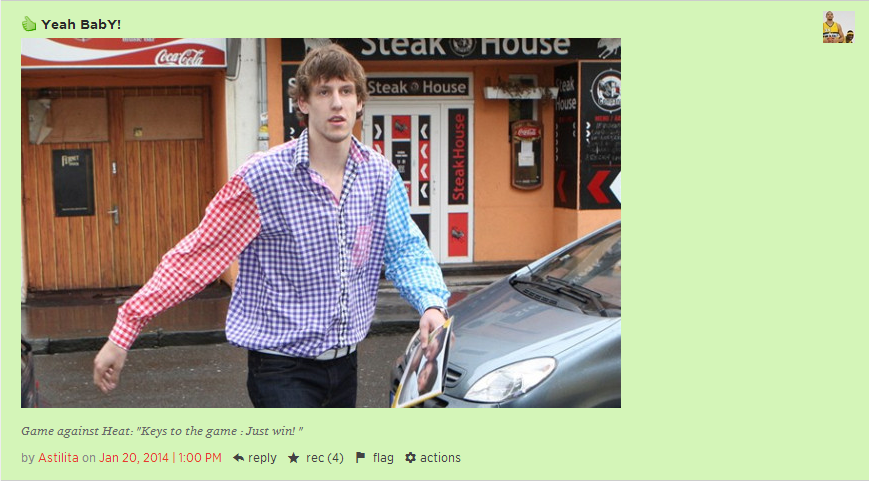 Wizards vs. Sixers: Washington hangs on for 107-99 win