The Wizards' eight-man rotation is dangerous

The Wizards have shortened their rotation and picked up a couple wins in the process, but is this the kind of thing that'll cost them down the road?

Share All sharing options for: The Wizards' eight-man rotation is dangerous

NBA seasons are marathons, not sprints. Eighty-two games is a long time for someone to get injured or for the body to wear down. You want to get to the playoffs, of course, but you also want to be at your peak once you get there, both physically and emotionally.

That's a difficult hurdle for any coach in this league to clear. They need to win to save their jobs, but they're also tasked with getting their team peaking at the right time. The delicate balance between current success and a clear future is not easy to walk.

That brings us to Randy Wittman's decision two games ago. With his team on a losing streak and tons of pressure to make the playoffs to potentially secure future employment, the Wizards' coach decided to shorten his rotation to an extreme degree. All those inconsistent young players that could use court time to develop, but don't always provide what the coach wants when they get it have been banished to the bench. Only the eight players that have proven to be reliable have seen the court the last two games.

The results have been good so far, and those eight players have, as expected, been much better than the seven that are sitting. But to shorten the rotation this early in the season is dangerous. 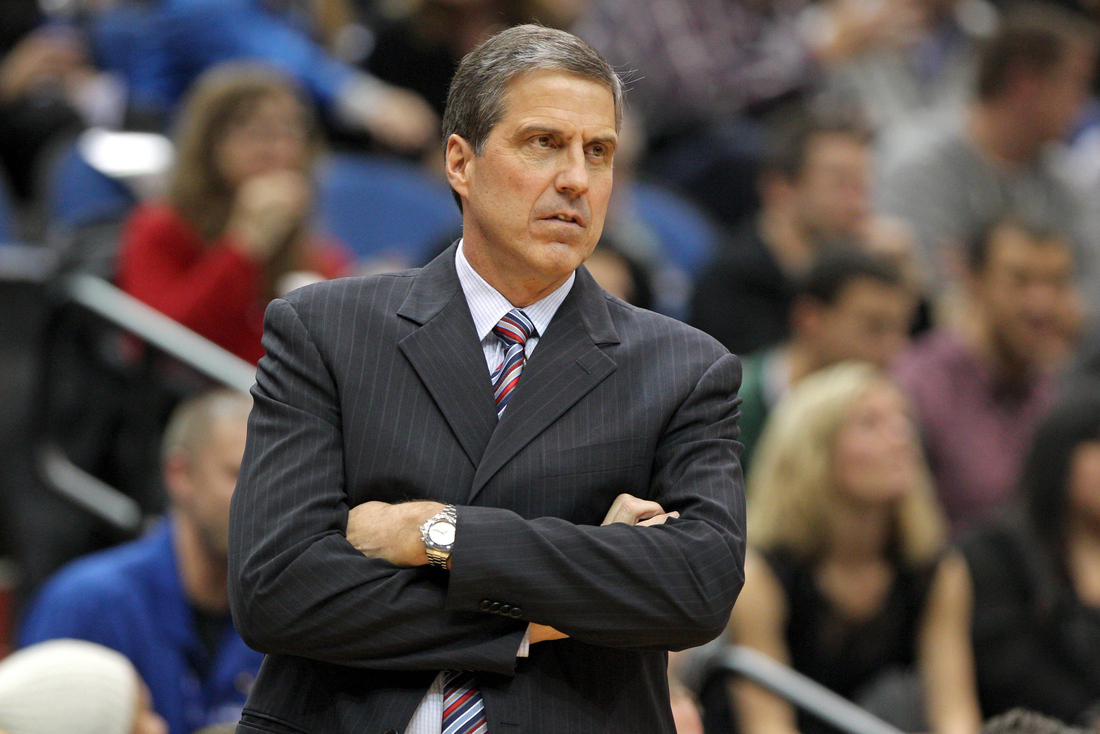 It's understandable, obviously, and there are reasons why Wittman did it. The Wizards were coming off two disheartening losses that exposed the many flaws they have. They were never going to win at Indiana, but scoring 66 points in a 27-point blowout was very discouraging. So to was the Rockets game, where the Wizards fell way behind and then collapsed after catching up. Competitive losses would have been fine, but the Wizards looked completely outclassed for six of the eight quarters in those games. Not doing something might have caused the season to fall apart.

Shortening the rotation also definitely helps hide the Wizards' lack of depth. Washington's top six has been good all season, and the emergence of Trevor Booker adds a seventh man to that list. Garrett Temple has been decent enough as John Wall's backup, and suddenly, you have eight guys. Five starters, one backup to both guard positions, one backup wing and one backup big is a rotation that makes sense for one game.

What about that wear and tear?

We harp on minutes a lot here because the Wizards have several key players that have suffered serious and/or nagging injuries over the years. John Wall, you might remember, had a bad knee injury last year. Bradley Beal, as has been harped on constantly, had a stress fracture in his leg (basically a "you're putting too much pressure on this body" injury), led the league in minutes earlier this year, then suffered more irritation in the same leg and had to sit for a few weeks. Nene is constantly in pain. Martell Webster's injury woes seem to be behind him, but he had very bad back issues for a while.

These are not players you want to stretch, ideally. Nene, for example, played 36 minutes against the Bulls and 34 very difficult minutes in a fast-paced game against the Heat. As much as it sucks to admit, given the amount of money the Wizards have invested in him and the impact he does make when he plays, that's dangerous for him. Trevor Ariza played 39 minutes against Chicago, then 35 with a 102-degree fever against Miami. Again: Fine for now, but dangerous going forward.

What happens if there's an injury?

Let's say one of the top eight gets hurt, even for just a short stretch because they are playing so many minutes. Are any of the players behind them ready to step in and keep things moving? It puts them behind the 8 ball if they aren't getting at least some minutes on the court during games. How can one expect Otto Porter to step in if Ariza or Webster get hurt if he hasn't been on the court in several weeks? He could do it, sure, but it makes the order that much taller.

How does this help Porter, et al get better?

You may wonder why this matters now, because you might think that developing Porter and even Jan Vesely and Kevin Seraphin runs counter to winning games. But there will come a point in the season when the Wizards need a lift and one of those guys will have to provide it. How can they be expected to shine when they haven't received the reps? That's a legitimate question to consider.

(Also, in Otto's case, the Wizards will need him for several years down the line, so they need to start cultivating that investment. I know, I know: This makes some queasy because it should be on the player to be worth developing. But good organizations don't leave their major investments behind for short-term gain. If Otto indeed fails, he needs to fail after being given some chances to succeed).

To go along with this, what kind of message are you sending if a player has a good game, then loses all his minutes? This is what happened to Seraphin, who helped save the Wizards against the Rockets, then lost all court time. It's easy for him to get discouraged by that. The same goes for Vesely, who had strong performances against Charlotte and New Orleans, had a couple less even games and suddenly finds himself on the bench. It's not easy for a coach to do, but that's a dynamic he needs to manage. 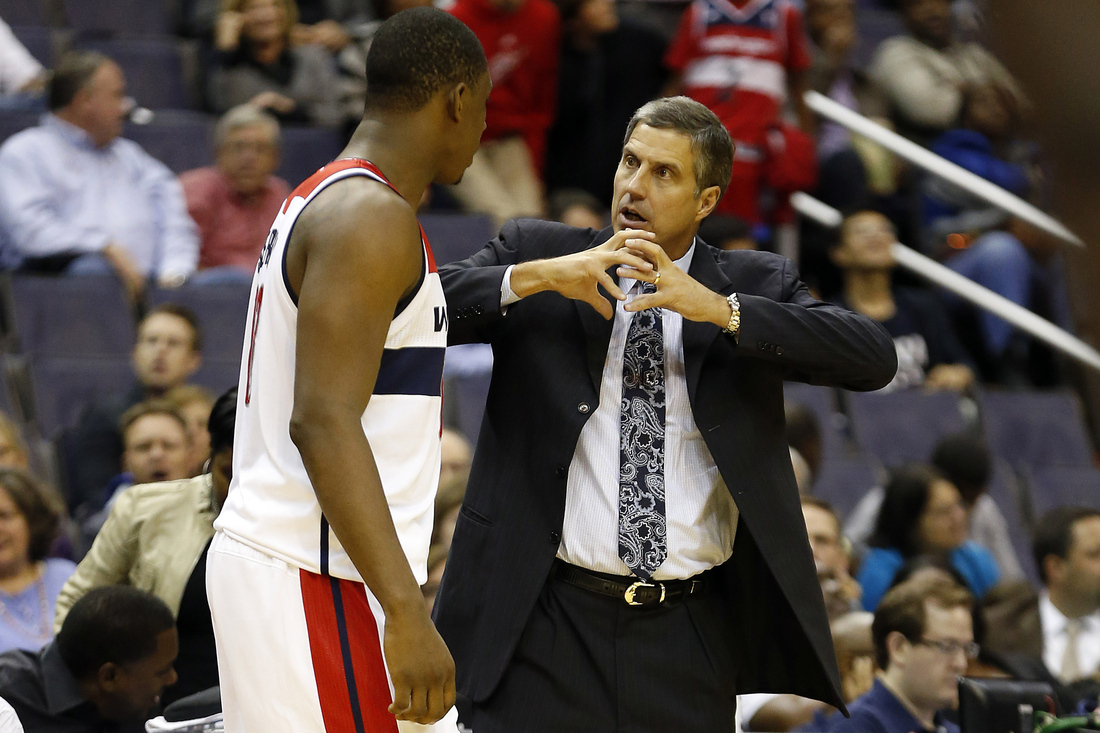 If this were the playoffs, I'd be all for this short rotation. The top eight players clearly belong there, there are longer TV timeouts, and there's no "rest of the season" to worry about.

But it's only January, and I worry that shortening the rotation now is akin to your boss taking on all parts of a task that he really should be passing off to you. Doing that might ensure that the specific task is completed effectively, but it doesn't help you do future tasks any better, potentially breeds mistrust between you and them and will only drive the boss crazy if he continues to do the work of two people.

Obviously, I'm not asking for Porter, Vesely and Seraphin to play 35 minutes a night. The top eight will still take the lion's share of the minutes. But a few minutes here, a few minutes there goes a long way toward limiting the wear and tear on the top eight and providing those three guys with some experience should they be needed to fill a bigger role.

Sometimes, the task is too important for all of those considerations to matter. I'm just not sure that winning a couple games in January qualifies as "too important."