From a Wizards' mouth to the league's ears: Nicknames!

We've already talked about what nicknames we'd like for the players to have, but what would the players choose for themselves?

Share All sharing options for: From a Wizards' mouth to the league's ears: Nicknames!

WASHINGTON -- So, we've heard some teams will be getting nickname jerseys, and we've already thought about which nicknames we'd like them to choose for their jerseys. But today at media day, I got to ask the guys which nicknames they'd pick for themselves on the back of their jerseys, should the Wizards ever get that opportunity. 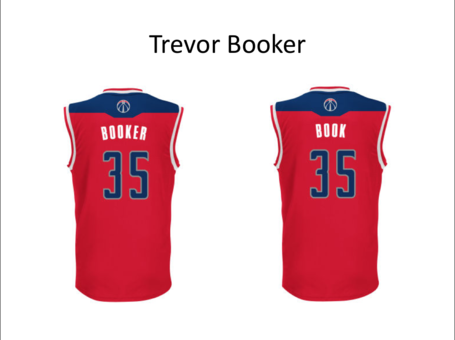 We know Trevor Booker has gone by CookBook in the past, but apparently these days he prefers the simple "Book." OK, Fair enough. 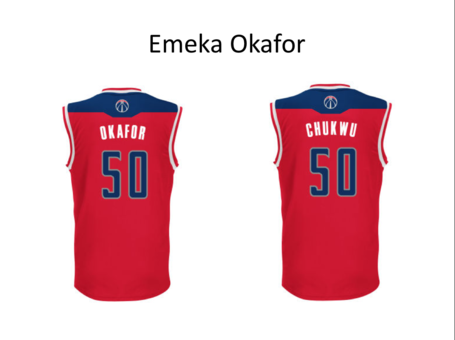 Now, onto the MENSA-level genius who we know likes real books. What does Emeka Okafor pick for his nickname? Well, he said he actually had no idea what he'd put on his jersey. He said he had a bunch of nicknames -- Mek and Big Mek being the most famous, I assume. But he said he never really had non-name-related nicknames. Even in college, his nickname was Chukwu -- the shortened front end of his actual first name, Chukwuemeka Ndubuisi. Since I preferred Chukwu to Big Mek, that's what we're going with. 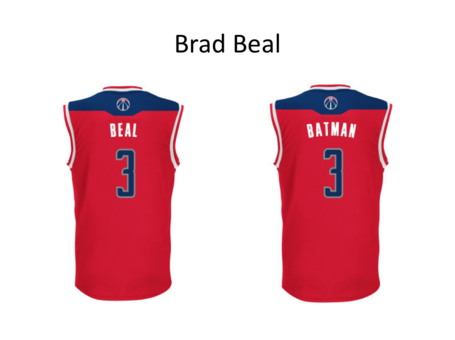 Beal had no idea how to answer this question, probably because he was being barraged with questions about "professional basketball" and "being a phenom" and "being a core player on a team that's expected to make the playoffs" or something. I know, lame, right? He said he wouldn't pick Real Deal, as his Twitter handle would have us predict. He said "something like Batman." But as we all know from Shane Battier's identical answer, Batman wouldn't be approved by the league because it infringes on copyright. Sorry, Brad Beal, you're getting Real Deal if the time ever comes, and you're going to like it. But for now, you can have Batman. 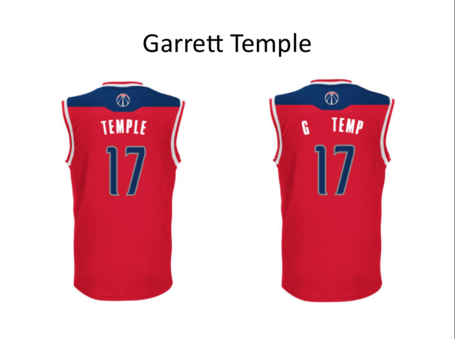 While I much prefer Jake's "TEMPLE OF DOOM" nickname for Garrett Temple, the man himself says he prefers "Temp" or "G Temp" since that's what people call him. Not a comic book character, but we've swung back to the Twitter-handle-still-part-of-my-name side. 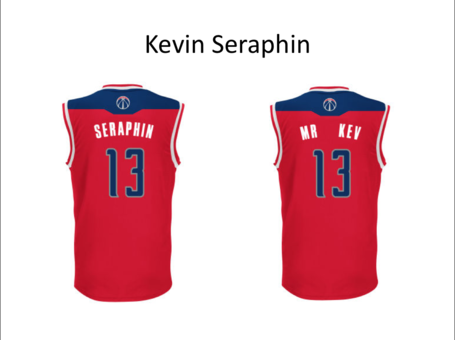 Fashionable man about town and amateur snake owner Kevin Seraphin seems like a guy who'd have a lot of nicknames, right? Well apparently, everyone just calls him "Kev." But in France, apparently, his teammates call him "Mr. Kev." Sounds grown up. We'll go with it. 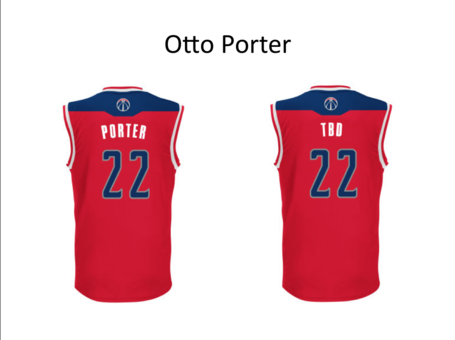 Otto Porter, the heralded rookie! He's sure to have been nicknamed by now, right? Well, apparently not. But he's such a sucker for tradition and knowing his place in the pecking order that he won't even give himself a nickname. He said he will wait until after his teammates give him one. So we'll give him a pass for now. 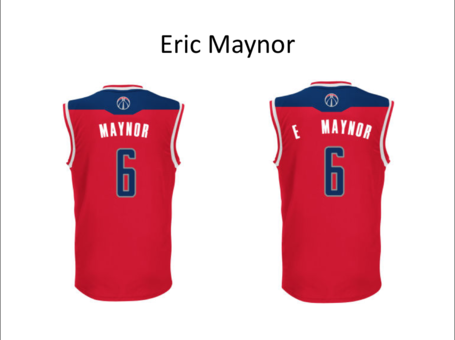 What can Eric Maynor, the new backup-point-guard-of-the-future bring to the nickname fiesta? Oh, another Twitter handle/name derivation? It's as if these grown men don't like having childish nicknames and would like for people to call them normal things. Weird. 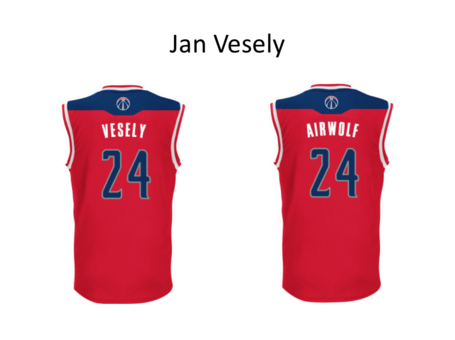 When I asked Jan Vesely the nickname question, he gave me a fantastic answer.

JV: Personally, I don't have a nickname, but on social media, there is a nickname--AIRWOLF. Maybe that.

AV: Is there anything they call you back home?

Some lessons to take away from this nickname exercise:

1) Most players have their favorite nicknames in their Twitter handles. So they're just going to use those, I guess.

2) Most people's nicknames are just derivations of their names. BO-RIIIIING.

3) The fact that Otto Porter says he can't have a nickname because the older guys haven't given him one yet is the most adorbz.

4) Jan Vesely's choice is proof that the Wizznutzz have much power in this world. All hail Wizznutzz.