The Wizards believe that spending money now on John Wall will help them win battles to spend money on top free agents in the future. Is that the right strategy in a capped league?

WASHINGTON -- As Satchel's report indicates, the biggest theme of John Wall's maximum-contract press conference, outside of his emotional moment with his family, was the Wizards selling this as the first step toward attracting big-name free agents in the future.

This is either a departure from or an evolution of the team's approach since Ted Leonsis took over, depending on your interpretation. The Wizards have essentially sat out free agency since Leonsis bought the team in 2010. In fact, Eric Maynor and Martell Webster were the first free-agent signings the Wizards made for longer than one year and the minimum in the Leonsis era. The Wizards traded for expensive veterans (Nene, Emeka Okafor and Trevor Ariza) just so they'd eat up cap space that could be used in free agency.

So to hear Leonsis say this during the press conference was interesting.

"I think [Wall's new deal will] help us to not only to keep future young players that want to be here, but when the time is right, to be able to attract brand-name, marquee free agents."

At first glance, this appears to be a paradox. Don't you need cap space to sign free agents? Doesn't giving $16 million or so per season to Wall means tying up a lot of that future cap space? How does having Nene on the cap sheet for $13 million a year going to convince a top free agent to come to D.C.?

Possibly. But what's funny about this whole discussion is that there appears to be a disconnect between folks in the league and people who write about it. 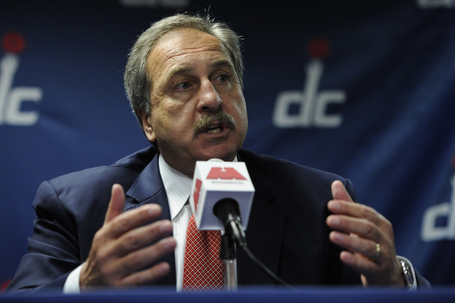 So much public evaluation of transactions is centered around the cap space they create or occupy. The downside many, including me, pointed out with the Okafor/Ariza trade was how it limited the Wizards' flexibility to make moves for two summers, preventing them from signing any marquee free agents. Teams that sit on space are commended, even if it costs wins in the short term.

Within the league, though, there appears to be more value placed on winning. Players want to win, so going to a crappy team with tons of cap room doesn't appeal to them. All the cap space in the world doesn't really do much in terms of attracting free agents for the Charlottes of the world. Current Memphis Grizzlies VP John Hollinger had a really interesting take on this when asked on TrueHoop TV about the incentive to tank.

"I think the thing people overlook .. is that it becomes so much harder to do anything in free agency when you're a bad team that I think it offsets a lot of the benefits of your expected return on a high draft pick," Hollinger told Kevin Arnovitz. "The only exception to that is if you can some way know in advance that you'll be No. 1 or No. 2 in a great year. The lottery does a lot to disincentivize that because you know that no matter how awful you are, you only have a 25 percent chance of winning that team."

This is the same Hollinger that vocally criticized the Okafor/Ariza trade in part because of the cap implications. Has his time in the NBA given him a new perspective on the issue? Which one is right? 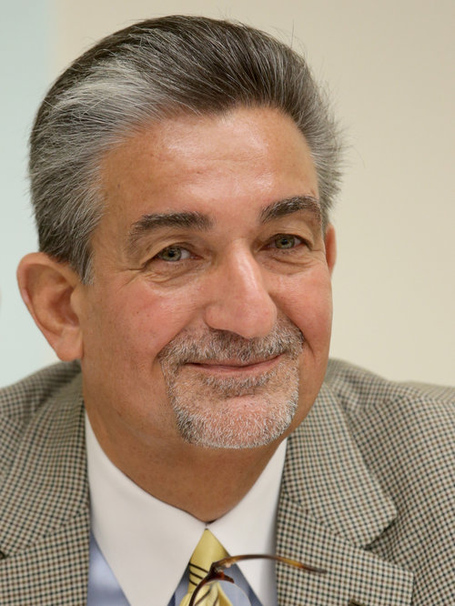 Truth is, both are, because you need to be successful and flexible. The Houston Rockets landed Dwight Howard because they a) had the cap space, b) been decent for several years even while gutting the roster, and c) because they had James Harden, a player that will "recruit" in the same way Wall said he'd "recruit" yesterday. That's the perfect storm.

But which comes first? The Wizards clearly thought success had to be the priority, even at the expense of short-term flexibility. Making the playoffs is a huge benchmark and they were willing to trade for veterans to eat into their cap room to try to get there instead of chasing free agents. The hope is that being a playoff team becomes a "signal," in Leonsis' words, to future free agents.

"Free agents only want to come to teams that they know are stable, that are making the playoffs and they think they can be additive to you to get over the next hump," Leonsis said after the press conference. "They want to know you will make the investment. We have three of the highest-paid players in the league on our team right now. We're not shy about spending. We're right at the cap, and we're over that because we amnestied Andray [Blatche]. We'll make those investments."

Then, there's the matter of creating space. The Wizards have tried to do this by relying on rookie-contract players (Bradley Beal, Otto Porter, ideally one of the currently-disastrous draft class of 2011) and timing future contract extensions appropriately -- Wall's kicks in the year after Okafor's big deal ends; Bradley Beal's would start the year after Nene's ends. From there, it's a matter of balancing success and space. The Wizards could theoretically create maximum cap room next year by refusing to pick up any rookie option and relinquishing the free-agent rights to Okafor and Ariza, which would help them acquire a top free agent, but more likely, they'll have to settle for $10-12 million or so.

They have decent space in the future as well. Going forward, Wall, Nene (three more years at $13 million a pop) and Martell Webster (three more years plus an unguaranteed fourth at the mid-level exception) are the only big contracts on the books going forward, and I would expect the Wizards to be careful about trading for long-term money to maintain that. We'll see if that's enough. It's possible that free agent may have to come in a sign-and-trade that costs the team young assets.

But with Wall's new deal, the Wizards' strategy has come into focus. Invest now, and it'll be easier to invest later. I'm as skeptical as anyone that the Wizards will actually be able to pull this off, but the plan seems to be clearer than ever.