By the end of the 2011-12 season, Kevin Seraphin looked like one of the key cogs in the Wizards rebuild. Just a year later, he's looked at as a player who could have his rights renounced by October 31. What went wrong and what could he do to extend his time in Washington?

It's hard to look at Kuhveen's body of work last year and point to just one flaw that doomed him. Despite finishing just second to John Wall in usage percentage (which calculates the percentage of team possessions a player uses when he's on the floor), Seraphin's true shooting percentage was a lowly 48 percent -- just a few points better than Chris Singleton for worst on the team for players playing over 600 minutes. His 1.2 to 2.7 assist to turnover ratio per 36 minutes was bad, but so was his rebounding rate which placed him 91st in the entire league for forwards and centers logging over 1000 minutes last season.

But that was just on offense, Seraphin's supposed strong suit. The Wizards gave up 105 points per 100 possessions with him on the floor, as opposed to 103 per 100 possessions with him off. While the coaching staff successfully hid Seraphin on defense by pairing him with Emeka Okafor in the front court, it was at the expense of the offense, which relegated Seraphin to operate as the teams' pick and pop big.

Ok, so it wasn't all bad for Seraphin last season. He vastly improved as a shooter and hit an incredible 124 out of 170 attempted hook shots. per NBA.com/stats. But he also went from being a judicious jump shooter as a sophomore to taking on a much higher workload last season, which explains his waning shooting percentages.

Much like Okafor, the top priority in training camp would be to establish both big men in the paint without having them drift along the perimeter extensively. Accentuating what both do best -- and praying that the other members of the forward flotsam make significant strides in their jump shooting in turn -- would do wonders for this offense.

But in order to entrench himself as the teams' focal point in the low post, Seraphin has to see the floor better. Seraphin's inability to find the help defender and counter what the defense is doing in the low post is maddening. His awareness needs significant improvement. If he's able to get this down pat, he'll be recognized as one of the better low-post players in the game instead of being just a one trick pony.

Here, John Wall sets a cross-screen on our old friend Shavlik Randolph that frees Seraphin on the left block. 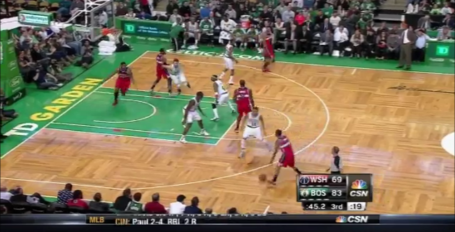 A.J. Price throws the entry pass on time and Seraphin is in a perfect situation to take one power dribble and finish through Randolph. 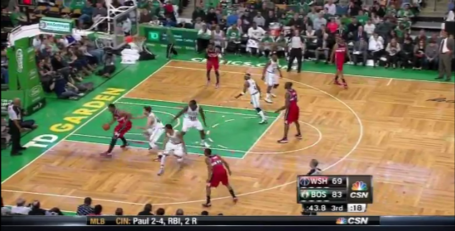 This play should end right here early in the shot clock. Instead, he waits and allows the defense to set up and react. 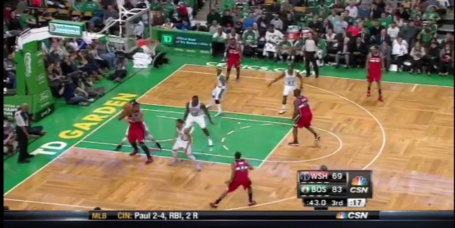 All eyes are on Seraphin now as he begins to make his move. He could take one quick step and hit Trevor Ariza at the top of the key, but predictably turns right into the heart of the defense. 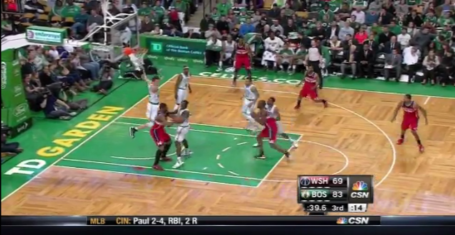 Brandon Bass collapses on Seraphin and causes the turnover. Here's the play in real time:

I lost count at how many times Seraphin did exactly this as I scrolled through every turnover he committed while posting up. It's one rudimentary flaw that he must fix in what could be his final season in Washington.