The Washington Wizards' forward gave his first interview since agreeing to a four-year, $22 million contract to stay with the Wizards.

WASHINGTON -- It didn't take long for Martell Webster to resume his role as crowd favorite in his first public appearance since verbally agreeing to a four-year, $22 million contract to stay with the Washington Wizards. Waiving to the crowd and challenging Bradley Beal to a shooting contest that never materialized at the Wizards' pre-Summer League open practice, the small forward felt right at home.

"That's just who I am. I've always been that kind of person," he told reporters afterwards. "I didn't fall into anything, that's just me being myself."

Being himself, as it turns out, also includes two new facial changes: a goatee that has gotten so long that "it's starting to get split ends" and a fro hawk that he plans to "do something crazy with" next week. The former may grow into a long beard of sorts that falls down to his chest, because "I'd honestly feel like an actual Wizard if I had that." The latter may grow more because "it's getting crazy here [as he points to his goatee], so it's only right if it also gets crazy on top."

Webster did also talk about serious things in the 11-minute interview. He hasn't officially signed his contract -- he can't officially until the moratorium ends at 12:01 this evening at the earliest -- but he plans to soon to officially cement his return back to D.C. He also admitted that he did think a little bit about his future once the Wizards selected Otto Porter in the 2013 NBA Draft.

When they picked Otto, I was like, 'I can see where they're going with it, and there may be a chance I'm may not be back in Washington next year.' -Martell Webster

"At the end of the day, I learned after my first couple years understanding the politics of the NBA that this is a business. That's exactly how you have to treat it and how you have to approach it. If they're going to make draft picks, they're going to make draft picks. If they don't want to go with you, you're not going to be hurt about it. You just have to move on," Webster said. "So when they picked Otto, I was like, 'I can see where they're going with it, and there may be a chance I'm may not be back in Washington next year.' That was the end of that. I didn't really think too much about it, because I knew I was going to be picked up regardless."

On his return trip back to D.C. on July 1: "Like I said, I came here just to do rehab. It was just for that. It was just because [Wizards trainer Eric Waters] was working with me, and I just wanted to come and get my rehab regiment. But as I was sitting in a hotel, I felt like, 'This feels right. I feel like I'm home.' So the fact that Ernie [Grunfeld] came by and talked to me and said, 'You know, this doesn't change anything,' I knew I was going to come back here. It was just a matter of moving pieces and getting things done to free up some space. But I got the job done and I'm excited about that."

On what he's looking to see from Porter in Summer League: "There are only a few young players that came into this league and just got it right off the bat. Kobe Bryant. LeBron James. Guys like that are really young and get it. We expect [Otto] to be a rookie. Make mistakes, [because] you need to make mistakes in order to learn from them. To learn how to play the game the right way, you need to make tons of mistakes. I don't necessarily want to encourage him to go out there and mess up all the time. Just understand that, if you do, it's not a big deal. It's all part of the learning curve. I can tell that he's kind of embraced that. Just watching him play, seeing how he observes the court, that's kind of his nature is to figure things out first before he dives into it 100 percent. I think that's going to benefit him in the long run." 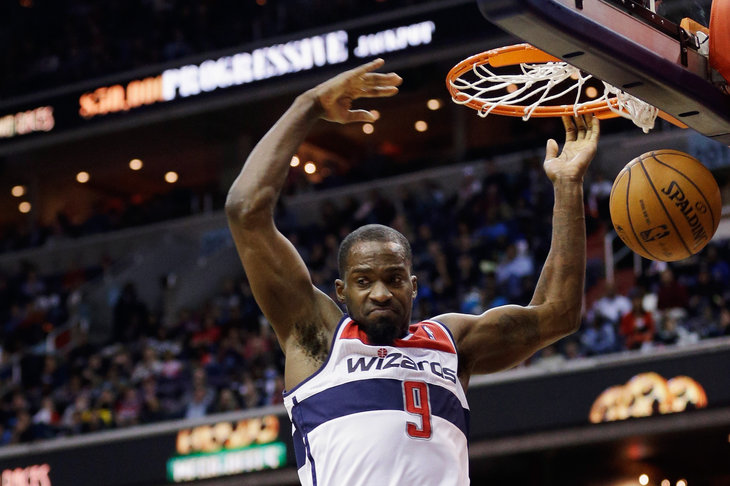 On the status of his rehab from offseason hernia surgery: "I feel great now. With the Functional Movement Screen I'm doing here, I have that all videotaped, recorded and put on a thumb drive to take home to my strength trainer in Portland and my strength trainer in Seattle. Then, we can build up a regiment on my rehab to strengthen some of the weaknesses that I have within all the workouts I have. So, it's good. I just had surgery, so it's just focusing on my midsection area. My core, where I had surgery, not only the front, but also the back. Lower back, as well as everything else. When you have the injury, the rehab is the most important thing. It's not like I'm hurt. It's just that, once you get injured and you have surgery, your muscles shut off. I didn't do anything for a month and a half, so it's just getting those things turned on and back up. That's what the rehab regiment is for."

Webster will return home to Portland, where he'll run two basketball camps for kids 6-12 years old back in Portland and Seattle. He still returns to the Pacific Northwest every summer, but after signing a four-year deal to stay in D.C., even he admitted that he's now "sees Portland as a second home," with D.C. being the first. He'll continue to rehab and prepare for training camp, just like everyone else.