What does Nene need to work on in order to bounce back from last season?

Over the next couple weeks, we'll brainstorm a list of skills for each Wizards player to improve for next season. We'll suggest one or two as a jumping-off point, but please add or modify the list in the comments section. Next up: Nene.

Everything we feared from Nene going into the 2012-13 season came to fruition. The plantar fasciitis that limited him at the end of the 2011-12 season was only exacerbated during the summer Olympics. The seven or eight weeks between Brazil's quarterfinal loss to Argentina and the start of the Wizards training camp was not enough, as his nagging foot injury kept him out till the 10th game of the regular season. Then there were the fears that stemmed from Denver's "buyers remorse" immediately after they inked him to that monstrous contract.

Nene did very little to ease those concerns. He had career lows in field goal percentage and true shooting percentage and played in just 61 games. That Wizards have signaled a reduction in Nene's playing time in hopes that he stays fresh for their impending playoff run, but unless the coaching staff sees an improvement between one of Jan Vesely, Trevor Booker or Kevin Seraphin, they might be left with no choice but to play the Brazilian big man extended minutes.

It wasn't a complete disaster for Nene last season. His assist rate was up to 19 percent -- by far the highest of his career and a remarkable number for any big man. Despite those shooting struggles and concerns over floor spacing with him and Okafor out on the floor, the Wizards were still over three points better with him playing and nearly seven points worse per 100 possessions with him sitting. This could be an indictment over the lack of depth behind him, or it could just attest to his ability as a screener, secondary facilitator and cutter.

But no matter how you slice it, concerns over his durability are real, and unless he takes the time to let his foot fully heal, we won't ever see the Nene we hoped for. It had a clear effect on his ability to drive the ball and finish through contact, which completely altered the way he attacked off the pick and pop. He settled for a lot of open jumpers, which theoretically is fine if you're given as much space as he was afforded last year 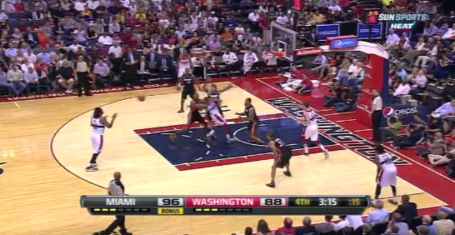 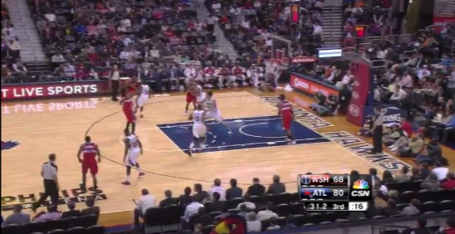 He may never explode at the rim like he once could, which is completely normal for an aging big man. But if he's not producing at the rim, the least he could do is come to training camp with an improved jumper. He cannot have another season shooting a lousy 30.7 percent from 15-19 feet.

John Wall's ability to get in the lane and force defenders to dig down on him will produce open shots all over the floor. For this offense to take the next step, Nene has to hit his open jumpers. That, and stay healthy.