The NBA Summer League: A place to experiment

The NBA Summer League is a place to test the limits of your young players. What kinds of "experiments" should we expect to see from the Wizards?

Share All sharing options for: The NBA Summer League: A place to experiment

Even with a swanky new tournament format, the results of NBA Summer League games don't really matter. Sure, everyone playing in the game is playing to win, but that's not what it's about for the teams themselves. For them, it's about process, not results.

How else to explain the Orlando Magic's decision to play Victor Oladipo -- a college small forward whose weakness is his ball-handling -- at point guard this week? The Magic probably (key word there) don't see Oladipo as their point guard of the future, but they are using the week to give him experience learning how to read pro defenses, which will in turn make him a more dynamic player because he can be trusted to run pick and roll, make the right kind of entry passes with care and shoot off the dribble when defenders go under screens. With nothing to lose, why not stretch the limits of what a player can be? Oladipo didn't always play perfectly, but in his new role, he was named to the All-Summer League first team.

I doubt we'll see the Wizards conduct an exaggerated experiment like the Magic did with Oladipo, but there are all sorts of little things they'll likely do to test the limit of their players. Last year, it was occasionally using Bradley Beal in pick and rolls, encouraging Chris Singleton to push the ball off misses himself and getting Jan Vesely in more pick and pops. One of those experiments worked out in the long run, while the other two didn't. Still, it was a way to see what the players were really capable of doing.

Here are a few things that I wouldn't be surprised to see this week. 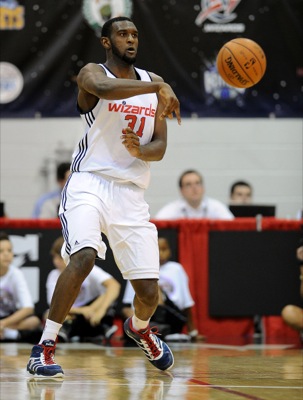 What to expect from the Wizards in Vegas

Ernie Grunfeld raised some eyebrows on here (and with me) when he talked about how Otto Porter could play some shooting guard in his Thursday press conference. If the Wizards really believe that Porter can be the second-shortest player on the court at one time ... that feels like a tough sell.

But another possibility is that the Wizards see some skills that many shooting guards have in Porter that they'd like to test out in Summer League. For example: what better way to work on his ball-handling than to have him run some pick and rolls? Why not test his lateral quickness by seeing how he chases players off picks defensively? If Porter can demonstrate that he can perform those skills somewhat adequately, it makes him an even more valuable small forward.

There's a reasonable argument that the Wizards would be better off keeping things simple, but Porter is also lauded for his versatility. Why not test how far he can take it? Given the way players are essentially now either point guards, wings or bigs, I wouldn't get too caught up on the whole "shooting guard" thing.

Chris Singleton as a 4 in a 4-out situation

The Wizards definitely need a shooting forward, and Singleton is the only one of the bunch that has actually been an OK three-point shooter before. Singleton hit 35 percent from three-point range as a rookie and 37 percent from three as a college senior. Not great or even average numbers, but there's more to work with here than there is with any of the other members of the forward brigade.

Part of the process, though, is to get Singleton to actually start shooting three-pointers again. Two years ago, he launched 127 threes and just 73 16-23 foot jumpers in 1,431 minutes. Last year, he took just 36 threes and 86 16-23-foot jumpers in 924 minutes. Why the major change in distribution? I'm not sure, to be honest. Perhaps he felt like he floated too much on the perimeter as a rookie, but it's not much better to take long two-pointers.

So, step 1 is to actually get Singleton spotting up from beyond the arc. I would like to see the Wizards invert the floor often, putting Porter in the post and Singleton on the perimeter. Also, placing three shooters on the perimeter with Jan Vesely as the only man rolling to the hoop is a wise move, for both players.

From there, it's just a matter of fixing his shot. Via Truth About It, Singleton said his follow through and foot position were the biggest issues. I'm glad he noticed his foot position, because that's a major issue from the shots I've seen on film. Singleton will begin his stance by placing his feet far apart from each other, like so. 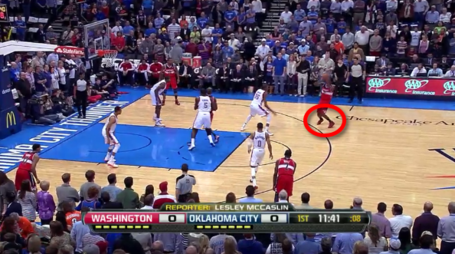 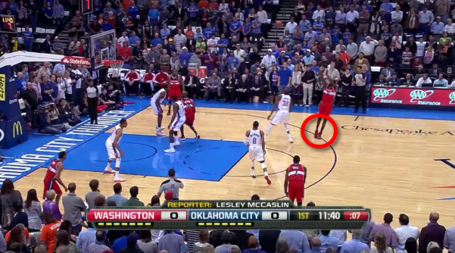 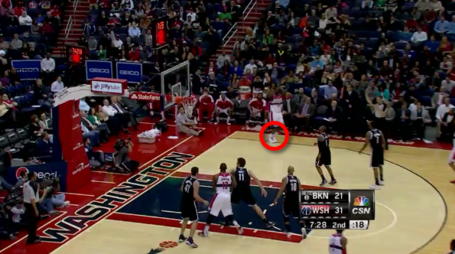 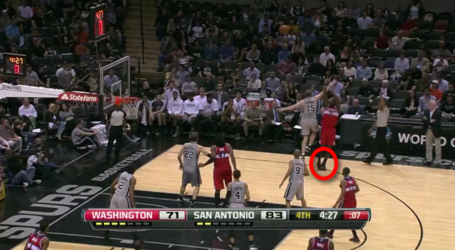 It's hard to generate balance when your feet are not jumping straight up, and often, you'll see Singleton's body respond in kind, like in the first screenshot. This explains why so many of Singleton's shots lined off the front rim. Therefore, I'm going to be looking closely at Singleton's shooting form to see if any changes have been implemented. Hopefully, the Wizards give him a chance to fire away from the perimeter.

Expect Glen Rice Jr. to put it up a lot in Summer League, especially in transition. Last year, the three wings that played the most minutes -- Martell Webster, Bradley Beal and Trevor Ariza -- got a lot of three-point looks running with John Wall. Webster and Ariza took 43 three-pointers in transition each in the 49 games Wall played, while Beal launched 23, per MySynergySports.com. Given Rice's D-League experience, I'd expect to see him launch a couple of these quick shots that may seem questionable, but could become opportunistic when he's playing with Wall on the break.

What kind of experimenting do you expect to see in Vegas?