The second round has never been kind to the Wizards, but could their fortunes change in a draft class that has less star power, but more depth than most?

Share All sharing options for: NBA Draft 2013: Finding the next second-round steal

Tomas Satoransky, Shelvin Mack, Nemanja Bjelica (Who?), Jermaine Taylor, Peter John Ramos and Steve Blake. That's what the Wizards were able to muster with a top-10 pick in the second round this past decade.

This isn't a case of the front office swinging for the fences with high upside, uber-athletic prospects or taking a conservative approach of making solid contact and just trying to get on base. This was an organizational failure of ostensibly turning a blind eye on the latter part of the draft by either draft stashing or failing to do their due diligence on better-looking prospects outside of Blake (see: Parsons, Chandler).

None of the players I'm going to mention are standout athletes that we commonly associate with high-upside players.

There are a few parallels typically tied with second-round steals. None of the players I'm going to mention are standout athletes that we commonly associate with high-upside players. Furthermore, none of them were freshman out of college, with the exception of one, Rashard Lewis, who in turn was used sparingly in his first two seasons as a professional. And most endured questions about their shooting, only to improve mechanically and prove to be exceptional shooters during their careers. Their jumpers showed improvement during their time in college as well.

Mo Williams came out of a highly successfully Alabama program after his second year and quickly saw his draft stock plummet as concerns over his average athleticism, size, and uninspiring three-point shooting weak-kneed many executives about his transition to the NBA. The Jazz cut him after his rookie year, and he quickly turned heads as he shot the ball extremely well for the Milwaukee Bucks in his next four seasons. He parlayed his increased spot up ability into his first and only All Star appearance, which led many to believe he had the potential to be a solid shooter all along due to his 80 percent FT mark in college. Who knew all he needed was repetition and a chance?

Carlos Boozer turned into one of the best mid-range shooters at his position, which shouldn't be a huge surprise given the range he showed in college as well as his free-throw shooting. He was highly productive on a National Championship team, but played out of position, struggled to finish against lengthier opponents, and was relatively slow for his size. Bet teams wish they emphasized the shooting more once he became an all-star. 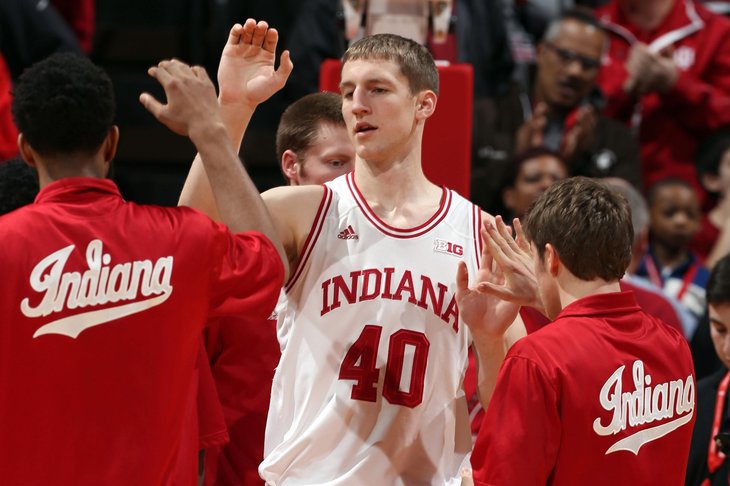 As one of the more unconventional second round steals in NBA history, Michael Redd came into the draft as a defender for the Ohio State Buckeyes. He never shot over 34 percent from three in college, and saw most of his scoring opportunities off cuts and slashes to the basket. His jump in free throw percentage proved to be more than just a mere outlier, as he became one of the most feared shooters in the league in his hey-day.

Rashard Lewis got the Aaron Rodgers treatment on draft day, and didn't take it well. Teams didn't think he was ready physically, which was the reason for him being the last prospect in the green room before finally being selected by Seattle at 32.

We all know Gilbert Arenas' "rags to riches" story. He had the talent of a lottery pick, but was stuck between two positions, made a lot of questionable decisions as a lead guard, and was an average ball handler. He shot under 74 percent from the FT line and 36 percent from three, but saw his three point shooting rise in his final year while seeing his free-throw percentage dip, sending mixed signals about his projected shooting stroke. He became your prototypical volume scorer in the NBA, putting up big numbers on a poor Warriors team, and then bolting to Washington after Golden State failed to match the Wizards offer of $10 million a season.

Pinpointing this specific mold of talent is only half the battle, though. Retaining top second-round picks has been increasingly more difficult due to them becoming restricted free agents after their sophomore season and teams being reluctant to overpay for said steals. The Cavaliers faced this dilemma with Boozer, as did the Warriors with Arenas. However, both Redd and Lewis were both able to stay with their respective teams longer because they spent their first two years riding the pine while adjusting to the game. Both avenues may look miniscule from a basketball standpoint if they're producing for your team five years down the road, but financially a draft steal could lose a lot of value if they heckle teams into paying them $10 million a year.

Oddly enough, none of these draft steals suffered from a lack of exposure, as they all hailed from big schools. In fact, three of the four players I mentioned (Lewis excluded) played in the Final Four, with Mo Williams entering the tournament on the second-ranked team in the country. These players weren't necessarily high risk/high reward picks aside from Lewis, who came out as a high school senior, instead, they consisted of combo guards, tweeners, undersized forwards and an extremely mundane shooting guard.

I think you've heard the narrative by now. This draft isn't top heavy, but features a ton of prospects that could turn out into reliable rotation players in the NBA. This talent could stretch deep into the second round, and with the right scouting, the Wizards could bolster the horrendous bench that doomed them at the beginning of the season last year.

Here are some of my favorite potential second-round picks. None of these players have spots on Bullets Forever's draft board yet.

Jackie Carmichael, PF, Illinois State (SBNation.com scouting report): He immediately jumps out as someone who could start someday for an NBA team. The scouting report on him looks eerily similar to what was written about Boozer back in 2002. He establishes nice position down low, has soft hands, and displays a nice turnaround jumper over either shoulder. Illinois State used him a lot in the pick and roll game, and had no problem using these sets to free himself up on offense - whether it was via a quick hitting jumper or a roll to the basket. At 23, Jackie doesn't have the upside you'd want, but in a pick and roll heavy league, Carmichael could produce immediately for whoever takes him.

Nate Wolters, PG, South Dakota State: He took the country by storm with his scoring, but it was the way he cleverly attacked defenses that has him poised to be a potential third guard on an NBA team. He has a penchant for reacting to how defenses are playing him. He understands angles, sucks in defenses and knows how to get his teammates easy opportunities to score. I generally try to stay away from NBA comparisons, but I liken him a lot to Jeremy Lin, who like Nate is an average athlete that needs to get stronger in order to finish effectively at the rim.

Pierre Jackson, PG, Baylor: Jackson is the prototypical combo guard that I just expounded with Gilbert Arenas. He was the first player since Jason Terry to lead the BCS conference in scoring and assists. He has a compact frame, but packs it with elite explosiveness and quickness. He can get to his spots on the court at will, can pull up and has NBA range on his three ball. He has shown a predilection for doing too much with the ball at times, and defense does serve as his most glaring weakness, but he could become an instant offense threat off the bench for the Wizards.

Isaiah Canaan, PG, Murray State: Came off a brilliant season in which he was one of the best scorers in the country due to his unlimited range on his jump shot. He mastered the art of pulling up for threes in transition and matched it with quick crossover moves and a deadly step back that got him a lot of clean looks from three. There's not many scorers like Canaan in this draft. He's undersized with a small frame which may deter NBA coaches from trusting him too much as a defender, but if he can prove to be a microwave off the bench early on with an improved sense of running an offense, he will find a niche in this league sooner than later.

Mike Muscala, F/C, Bucknell: He's on NBA radars all year, but really jumped onto the scene after his 25 point, 14 rebound performances against Missouri. Since then, he's had very little trouble navigating through a C.J. McCollum-less Patriot League. There's a chance he creeps into the first round as teams have warmed up on him due to his size and multi-faceted offensive repertoire. He can put the ball on the floor, has good range out to 18 feet and has shown a developed back-to-the-basket game. He's also a plus rebounder and got to the line frequently despite doing most of his work on the perimeter. He doesn't have much upside, but his polish offensively could make him out to be a solid rotational big in this league.

Richard Howell, PF, North Carolina State: Howell is a basketball minimalist. He knows what he does best, and sticks to it. On a team with high expectations and a bevy of offensive talent, it was Howell who finished second in scoring despite having no plays run for him. He'll have very little trouble finding a role on an NBA roster provided that he gets a chance, as a high energy big that can rebound, finish inside, and bring toughness should be good enough for a 15-man roster somewhere. Despite both CJ Leslie (SBNation.com scouting report) and Lorenzo Brown (SBNation.com scouting report) getting talked up by scouts for their potential, it may be Howell who finds the most success in the NBA due to his translatable skill-set.

Who would you like to see the Wizards target with their two second-round picks?