NBA Draft 2013: What happens if Nerlens Noel falls to the Wizards?

The Cleveland Cavaliers are rumored to be having second thoughts about drafting Nerlens Noel. What does that mean for the Wizards? Should they take him?

Share All sharing options for: NBA Draft 2013: What happens if Nerlens Noel falls to the Wizards?

Is there more room on BF for another debate?

With the Cavs being their usual selves, another rumor has surfaced regarding the rift among their front office. I cautioned everyone about taking each rumor with a grain of salt, but this current one regarding the Cavaliers seriously considering Alex Len with the first pick merits at least some discussion about how this affects the Wizards.

One has to question how much good a smokescreen does for the owner of the No. 1 pick of the draft, and it's not completely out of question that Cleveland selects Len (BF scouting report | SBNation.com scouting report) given Chris Grant's recent history. We won't get a grasp of who they will pick until they work out every player and do their due diligence, and even then it's a fool's errand to go around speculating what that front office is leaning toward. Cleveland, much like Washington, promised their fanbase a playoff berth. I'm not sure how much a stress fracture to a 7 footer does to ameliorate health concerns for the top pick, but I digress.

Cleveland picking Len doesn't guarantee that Nerlens Noel slips to the third pick, of course. Orlando's GM Rob Hennigan is said to play things extremely close to the chest and will assuredly survey each option before the clock runs out on him, even though the Magic already have several talented young frountcourt players in Nikola Vucevic, Tobias Harris and Maurice Harkless. Also, Len going one shifts the entire pecking order of the lottery, and Hennigan could trade down two or three slots with the understanding that one of either Ben McLemore or Victor Oladipo falls.

But this is also a franchise in flux; they have plenty of movable assets and not one franchise cornerstone in place. Whomever the front office deems as the BPA, I'm sure they will milk Noel for all he's worth before making a final decision.

(Of course, all of this hangs in the balance until Noel comes out with a clean bill of health. Many link his precarious draft stock to concerns about his health, despite him talking up his rehab while setting a return date for Christmas).

If Orlando passes on Noel, though. Washington will be presented with several options if everything falls in place.

I'm cognizant of the "take the BPA" crowd here. I don't care for position and I'm all for taking whoever the front office believes will help the most in bringing home the Larry O'Brien to D.C. But I think this rift will begin and end with how each member of the front office views the Wizards in proximity to contention. With Nene and Emeka Okafor so highly regarded, I anticipate the push for the upper echelon of the east will come sooner than later, if it hasn't already. 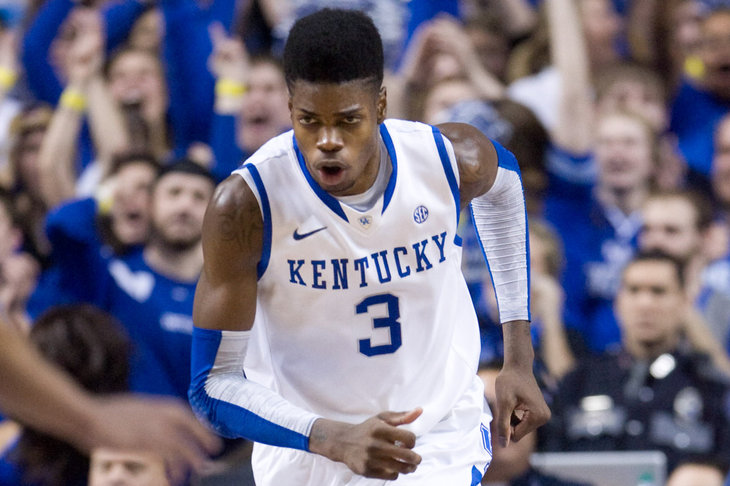 Otto Porter (BF scouting report | SBNation.com scouting report) is regarded as the safe pick, while Noel is the high upside pick a la Anthony Bennett (except with a much higher floor). Would the Wizards wait on Noel to get completely healthy, hope he bulks up and learns to play with his added weight, or will they take the more perfunctory approach, throw him into the fire and coerce him into learning as he goes? Obviously the former is the more meticulous approach to this, and the Wizards have shown an effective procedure for dealing with injuries, but it wouldn't surprise me to see them press a bit, knowing Nene is already on the downfall and Okafor's an offseason away from free agency.

We can harp on these concerns all day, but I think Noel's game-changing presence is worth the gamble 10 times over. He's an elite shot blocker, can cover more ground than anyone in the country both vertically and horizontally and more than makes up for his middling man-to-man defense in the paint with his supreme help-side defense which has become so contemporary by the successes of Joakim Noah and Roy Hibbert. There's a jitter over his offensive repertoire and how it translates ... yet he's already much farther along than both Noah and Hibbert at his age. (Hell, Roy couldn't even run in a straight line as a freshman).

But this is where I'm currently leaning toward, and it's not just because of Noel's health. At the end of the day, I think Porter is the better prospect with a better chance to impact this team both early on and in the future. While it would be great to replace Okafor down the road with a defensive ace, I believe it's harder to find a two-way wing in this draft than it is to find a defensive-minded big in a subdued role. Concerns over Porter's athleticism are overblown, and the idea that he's closer to his ceiling despite being just 20 years old is tiresome. This is presumably the last time we're in the lottery (hey, I've heard this before), and it's important that we come out of this draft with the best prospect available.

Porter thinks the game, he allows it to come to him and does so in a matter than coaches will fall in love with in the NBA.

This team doesn't need another athlete than can jump out of the gym. Porter thinks the game, he allows it to come to him and does so in a matter than coaches will fall in love with in the NBA. He may not beat you in an isolation setting each time down the floor, but there's nothing in his skill-set that says he cannot take over a game. He tore up a vaunted Syracuse zone with his shooting, and under a more freelancing system than Georgetown's Princeton offense, he could turn loose skills we never thought he had.

3. Start a bidding war for Noel

This presents the most captivating scenario because teams will be vying for Noel, ACL or not. I wouldn't explore any trade talks with teams any lower than sixth, but a team like the Suns or Bobcats would love to snag Noel to accelerate their rebuilding process. I've said it before; Washington has to come away from this draft with at least two rotation players, anything more is just gravy. 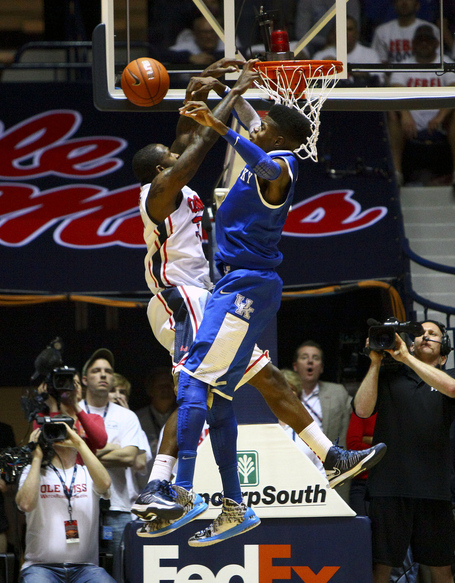 It remains to be seen the legitimacy to these rumors; it very well could just be the janitors at Quicken Loans arena talking. But all options are on the table for Cleveland and Washington. Both teams are in the make-or-break state of their rebuild (more so for Washington), one more screw up and the team will be set back another year.

I certainly wouldn't pull the trigger on Alex Len if I'm Cleveland, I think the qualms surrounding his health outweigh his upside. But Cleveland management has done an exceptional job reaching on players that fit their vision and molding them alongside Kyrie Irving. If this rumor holds true, Washington will have yet another prospect to choose from.

What do you think the Wizards should do if Noel is there at No. 3?