Nene trade verdict: One year in, still worth it

After considering all factors, the Nene trade was a good one for the Wizards ... so far.

Share All sharing options for: Nene trade verdict: One year in, still worth it

This is Part VI of a six-part series noting the impact of last March's stunning deal for Nene. In this section, we try to make as good a judgment call on the big trade as we can.

MORE: INTRODUCTION | ON THE COURT | THE OTHER SIDE | THE SALARY IMPLICATIONS | THE LOCKER ROOM | THE FUTURE

I guess the question to ask here is: Are the Wizards better off over the next few years with Nene than they would be otherwise?

There are two things to keep in mind here:

The message sent by the trade for Nene from Washington's perspective was simple: If you're not serious about basketball 100 percent of the time, we don't want you. Whether it was too harsh or poorly-executed, it hardly matters. What's done is done, and the intent has materialized into results.

Getting rid of McGee saved the headache of trying to figure out what to pay him; that was Denver's job, and it looks like the Nuggets and McGee are getting along well. No McGee also meant no personality overshadowing contribution. By all accounts, McGee is a good guy, but the fit wasn't right.

The Nene trade, one year ago 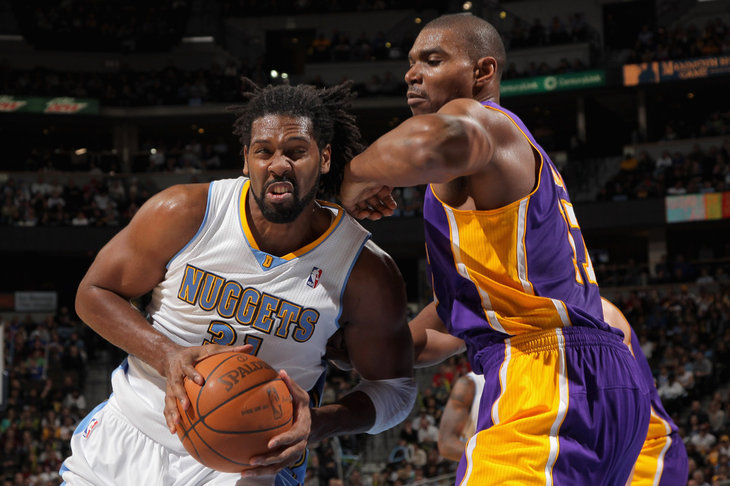 Our initial reaction to the stunning trade.

Losing Young was similar to McGee's situation, albeit less confusing. He was only on a one-year deal, and he was likely on his way out anyway (the finalized deal with Washington was protracted and implied at least to me that he wouldn't be in D.C. the following year).

And what we have with Nene now and in the future -- regardless of injury history and potential -- is someone whose on-court play is the focus. Even when someone says "man, if only he were healthier, we could get more of X," the talk is about contribution, and that will be the focus during his tenure.

I don't care how much his salary costs. I'm glad he's here, I'm glad he's sticking around, and I'm glad he was the first piece brought in to change the aura surrounding the Wizards.

But what do you think? Let us know your thoughts on the Nene trade now that we have a year to judge it.