Share All sharing options for: Wizards to honor 1978 championship team on April 6

The Wizards will honor their 1978 championship team at halftime of the April 6 home game against the Indiana Pacers, the team announced. A new championship banner will be unveiled and several team members, including Wes Unseld and Elvin Hayes, will be honored. All this for the 35th anniversary of the team's title.

All fans in attendance will receive a replica championship ring. Here's a picture. 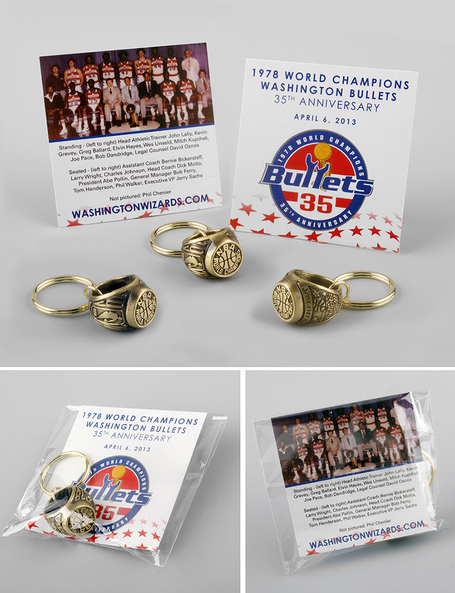