The Wizards will host a Grizzlies team dealing with an injury to their best player. Here's tonight's game preview.

In many ways, the Wizards seem to be trying to build a team like the Grizzlies currently have. Memphis succeeds with tough defense, physical play underneath and an offense that does enough to get by. The Wizards, in the future, hope to succeed in the same way. Maybe I'm wrong, but that's the sense I get when I judge this team's moves.

That should make Monday's lone home game before yet another long road trip interesting. Here's a preview.

Where and when? The game is at 7 p.m. at the Verizon Center and will be broadcasted on CSN.

Are they good? Very much so. Memphis surged after the Rudy Gay trade, though they've fallen back a bit in the last couple weeks. Clearly, they don't miss their former "franchise" player. Tayshaun Prince has fit in seamlessly and more offense has been channeled through the post. 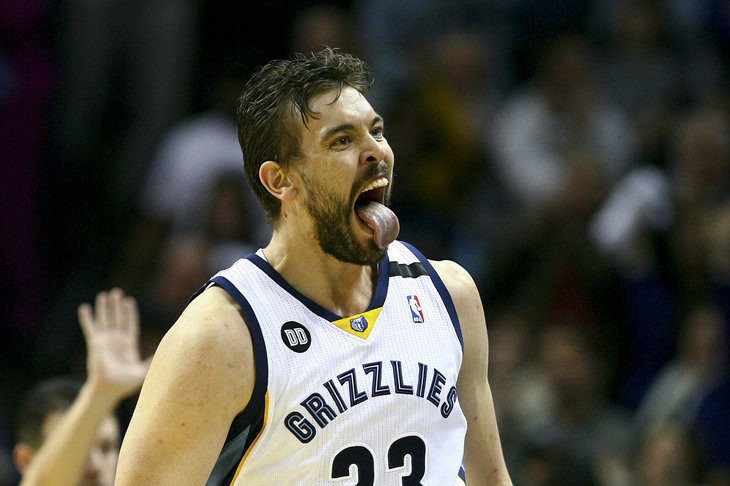 Grizzly Bear Blues has some ideas that we might see tonight.

Who's out? Marc Gasol, my pick for Defensive Player of the Year, is out indefinitely with an abdominal tear. That's a huge loss for the Grizzlies, as Gasol was honestly playing at an all-NBA level before he went out. Memphis has gotten Darrell Arthur back from injury, which softened the blow, but he can't replace Gasol. Bradley Beal and A.J. Price are probably both out for the Wizards.

Why should I care? Because it's worth seeing if the Wizards' recent home success can carry over against another good team.

What are they good at? With or without Gasol, this team is excellent defensively. They dig into you at the point of attack and do a beautiful job of rotating to cut off lanes that might seem visible. The Grizzlies are second in the league in forced turnover percentage after finishing first in each of the last two years. Taking care of the ball has been an issue for the Wizards recently, so this is a concern.

What are they bad at? This is still not a great offensive team, particularly without Gasol to operate as the hub of the offense at the elbow. Zach Randolph will get plenty of touches, but it's become a bit easier to get him to shoot jumpers over the past couple years. The Wizards need to watch Prince as a cutter, but as long as they do that and contain Mike Conley, they should be able to hold Memphis' offense down.

Why have the Grizzlies succeeded without Rudy Gay? A couple factors: an easy schedule, the redistribution of shots and the seamless transition for Prince. Memphis ripped off 14 of 15 at one point, but only three of those wins were against likely playoff teams. Nevertheless, running more offense through Gasol and Randolph has helped clarify roles, and Prince has managed to help in many different capacities, whether it's as a post-up threat himself, a ball-handler or simply a weakside cutter.

Where else can I read about the Grizzlies? Check out Grizzly Bear Blues.

What are your predictions for tonight's game? Sound off in the comments and vote in our poll!