A few thoughts on the performances of some of the top NBA Draft prospects in the first two (or three, depending on your perspective) rounds of the 2013 NCAA Tournament.

You always want to be careful to make too much out of the NCAA Tournament when evaluating draft prospects. For one, there's the tiny sample size of a few games. For another, they're playing unfamiliar opponents, which won't happen in the NBA when the league is fairly small.

That said, the NCAA Tournament does offer us the chance to see several players up close that are expected to be available in the Wizards' range in this year's draft. I always consider this the beginning of my own evaluation process on these guys, so I made sure to watch closely all weekend. There's still a ways to go and many first impressions to shake, but here are some things I saw from different prospects this weekend:

I've long been a Victor Oladipo fan, and he did little to disappoint me in this tournament, hitting the big shot to seal a win over Temple and doing a better job than anyone else of shutting down Khalif Wyatt. Wyatt obviously had a big game, but only a fraction of his points came with Oladipo guarding him. Tom Crean kept switching different players onto Wyatt for some reason, which made little sense to me. At the end of the game, though, Oladipo had the assignment and did enough to hold Wyatt down at the end.

Tracking prospects in the NCAA Tournament 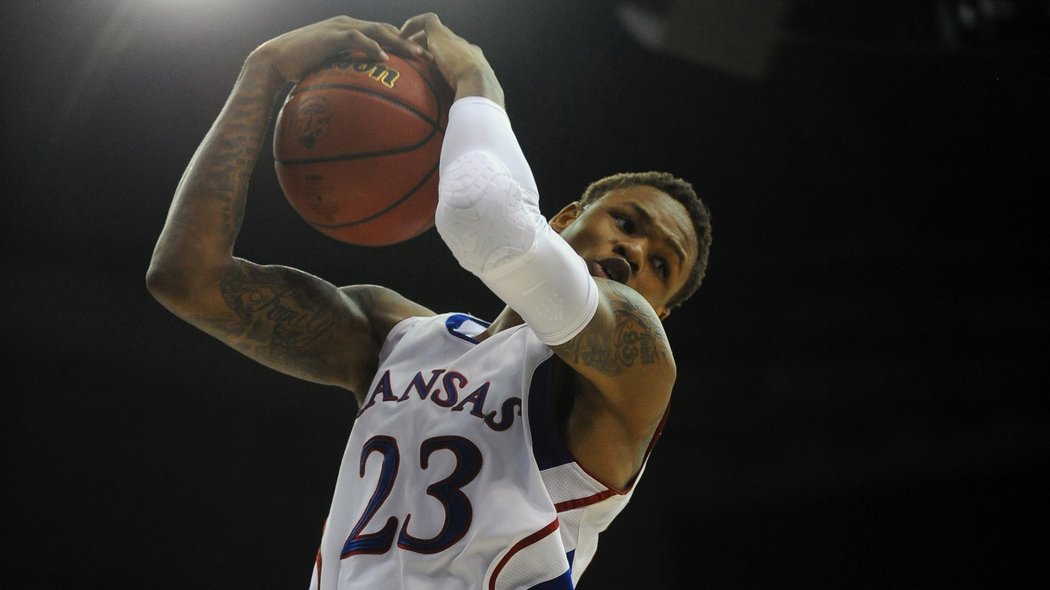 Instant analysis after each NBA game from SB Nation's newsdeskers.

It's tricky to find a good Oladipo comp in the league now. He has the game of an NBA 3, but the size of an NBA 2. His defense is obviously excellent, and his offense is only now starting to come around. I could see him fitting in almost anywhere right off the bat. If he goes to a team with primary ball-handlers already, he'll be excellent as a cutter, especially if his coach stations him along the baseline. If he goes to a team that doesn't, he's improved his ball-handling and shooting to the point where he's no longer a liability.

Of all the players in this draft, he strikes me as the most NBA-ready right now. He still needs to improve his perimeter game and his ability to change speeds, but I feel pretty strongly that he's going to be a good one. I don't think the Wizards should rule him out even with John Wall and Bradley Beal around, because Oladipo could play the 3 in some small lineups.

Zeller, meanwhile, struggled mightily against Temple. Two scary red flags: his struggles finishing inside and his inability to control the defensive glass. That said, he's had another very good year, even if he didn't make the jump several expected after his freshman campaign. He will play more out on the floor in the NBA than in college, which should allow him to show his high-post passing and perimeter-shooting skills. I just worry his defense isn't next-level-ready right now.

McLemore laid the biggest egg this weekend, going 0-9 and getting benched in Kansas' win over North Carolina Sunday. He's been in a bit of a funk for a few games now after being so good during most of Big 12 play. What gives?

I'm naturally inclined to give him the benefit of the doubt here. In many ways, McLemore reminds me of his former AAU teammate and a man we all know well: Bradley Beal. The biggest shortcoming McLemore seems to have is that he doesn't realize he's the best guy on the court. He has such beautiful shooting form, a great spot-up game and the kind of athleticism to defend at a high level, but his confidence and aggressiveness both waver from time to time. I thought he had good looks yesterday, but just missed them.

I find it tricky to evaluate McLemore because he occupies such a complimentary role in Bill Self's system. Self doesn't like to involve his wings in pick and rolls, leaving McLemore to spot up on the perimeter while the team tries to get the ball inside to Jeff Withey. Billy Donovan eventually tailored more of his offense to Beal down the stretch last year, but Self has gone the other way, choosing instead to give Withey, Travis Releford and Nadir Tharpe more shots.

As such, it's hard to evaluate whether McLemore has the kind of game that translates well to the pros. Can he execute the NBA's most important play? We don't really know, to be honest, because he never has been asked to do so. The answer to that question will determine whether he's a potential star or just a spot-up, 3/D type of guy.

It's also worth noting that he's older than the typical freshman. Talk of him being the best prospect in this draft confuses me, but that's the nature of this class. I expect him to be pretty good for a while in this league, but my first impression is that Beal was a much better prospect coming out last year.

There's so much noise about Muhammad now because of the age issue (a big deal but not a death kneel to his stock), the instability at UCLA (an important reason to weigh him on a curve) and his overbearing father (honestly the biggest red flag with him).

At the end of the day, though, we might be overthinking this. If you expect Shabazz to live up to the hype that was created by his recruitment, you might be disappointed, but NBA teams don't really think that way. Muhammad's ball-handling is an obvious weakness, but he brings a lot of strengths that can be harnessed properly in the right system. He reminds me a lot of Harrison Barnes, actually, and Barnes has flourished in a complimentary role in Golden State this year.

Shabazz had a weird game Friday against Minnesota. He started off really cold, then got it together in the second half to post a decent, if not spectacular stat line. He demonstrated his diverse offensive game at times, but also bricked open jumpers, didn't exactly rebound like he often does and failed to do much on his own to work his way to get better shots. It was a microcosm of the Shabazz experience, to be honest. Some very good, some obvious holes and some disappointment that he wasn't SHABAZZ MUHAMMAD THE HIGHLY-TOUTED PROSPECT.

Is Shabazz the new Yi?

Not really, but Tom Ziller has some fun with the concept in this week's mock draft.

It'll be interesting to see where he ends up. I'm not sure I'd take him if I were the Wizards, but several other teams in the lottery are weak on the wings and need scorers like Muhammad. He strikes me as an excellent late-lottery pick.

All three of these guys fell disappointingly in their first game, and I'm not sure we learned much about any of them as they did it.

Porter had an inefficient game against Florida Gulf Coast, but we know who he is at this point. He missed some good looks in that game that he'll usually make, so I'm not too concerned by his one-game performance. I harbor some concerns about whether his individual offense and defense will be good enough for a small forward at the next level, but his team game is so good that he'll carve out a role wherever he goes. In an era of hybrid-zone defenses and multi-dimensional offenses, Porter's versatility is enticing. He needs the right team, though, because forcing him to take on too much of an offensive load is dangerous.

I'm not sure I really see it with Smart. Every time I watch him, I think, "Great college player, but not sure he's an NBA player." On the plus side, he has tremendous hoops instincts (watch him off the ball defensively) and is strong as a bull, but can you really succeed as an NBA point guard with that kind of frame? I sense that there are only a few systems that'll really work. If he ends up with the Utah Jazz, it'll be a good fit, for example, because of all the Flex action they run. But you need your point guard to be able to get into the lane in late-clock situations, and I'm not sure Smart's that guy unless he drops 15 pounds. My sense is that he'll be drafted too high in June.

I'll need to see more of Bennett to really judge him, to be honest. He struggled a bit offensively against Cal's zone defense, but I attribute that to Bennett's guards more than anything. You can see why his combination of perimeter and interior skills is enticing, but you can also see why his defense is going to be a problem. All rookies struggle to pick up defensive rotations, but Bennett in particular tends to stick too much to his own man instead of helping teammates out when needed. His instincts seem disturbingly slow to me.

Trey Burke is going to be a star. His ability to change speeds is next-level, and his ball-handling is better than I've seen from almost any other point guard prospect over the years. He's not going to come to D.C., but he's going to get picked way too low and make some team proud. The Hornets, Magic and Jazz should all have him on their radar.

Shane Larkin is going to be a good one too if he declares. While he doesn't change speeds or handle the ball as well as Burke, he makes big shots, is really athletic and has tremendous vision. I loved watching him whip crosscourt passes to shooters in the Illinois game.

Adreian Payne has the look of a classic third NBA big man. He can defend the paint, slide to guard pick and roll and hit open jumpers off the pick and pop. He doesn't have a great post game, but third bigs don't need ones to succeed. Gary Harris also had a big game against Memphis, but it's tough to tell whether he did anything more than just hit open perimeter shots. I'll have to watch him closely against Duke.

I like Glenn Robinson III's upside. He doesn't occupy a huge role on Michigan, but he finds a way to contribute. If he declares, he'd be a nice guy to grab because you could mold him in the way you wanted.

C.J. Leslie is just like his college team: frustrating, inconsistent and without a position.

Jeff Withey is definitely worth drafting after his big performance against North Carolina, but keep in mind that UNC was very small underneath. He looked like a varsity player against a JV team inside. Speaking of, James McAdoo should stay in school.

Reggie Bullock and P.J. Hairston could find a role in the league as 3/D guys in the right situation, a la Danny Green.

Didn't see much of Jamaal Franklin, Mason Plumlee, Kelly Olynyk, Michael Carter-Williams, Gorgui Dieng or the Florida guys. Will need to watch them a bit more this week.

What guys impressed you this weekend, and who do you think may be a bit overrated?