John Wall kept things simple during his standout performance against the Milwaukee Bucks, but arriving at that conclusion can sometimes take time. Is the Wizards' point guard finally starting to grasp the concept?

WASHINGTON -- Randy Wittman believes John Wall is one of the smartest players he's ever coached. His proof? The Wizards' point guard is the first one to call out the other team's plays.

"He knows, from a scouting standpoint, the plays that the other team [runs]. He'll call that out sometimes, which is pretty good. [He remembers] that we've played Milwaukee three times and that '54 Dive' is a play for [Ersan] Ilyasova. That's a talent you can't teach," the Wizards' coach says.

Being intelligent and playing intelligent are two different things, though, and the latter often eludes Wall. His speed is addicting, his leaping ability a blessing and a curse. When he discovers a sliver of daylight, it's easy for him to think that these tools will allow him to make a play out of it.

But as he's discovered over the past three years, not even his natural gifts are enough to do what he thinks he can do all the time. Translating natural smarts to on-court intelligence has proved difficult.

Wednesday's 106-93 win over the Milwaukee Bucks was different. The lightbulb seemed to go off, at least for one night. Wall dished out 10 assists with just two turnovers, scored when needed and dominated a game in all facets against a surging Bucks squad. Save for one highlight maneuver on a three-pointer, he didn't overwhelm. He just made the right passes when they were there, attacked lanes when they existed and shot with confidence when he was open.

Doing all that requires the right mindset.

"Some people want to pull up in a Ferrari. Other people don't mind driving the Honda." -Martell Webster

"Some people want to pull up in a Ferrari. Other people don't mind driving the Honda," Martell Webster says.

On this night, Wall was driving the Honda, only accepting the Ferrari when the opportunity presented itself. Not vice versa.

Going forward, the operative question here is why. Why was Wall playing solidly on this night when he struggled to do so previously?

The latter is the easiest to unpack. As Wall has played more games, he's also come closer to getting back to the shape he was in before having to rest with his knee injury. He's not there yet, he admits, but he's closer. And when a player gets in better shape, he commits fewer late-game turnovers due to fatigue.

"At the end of games, when a guard is tired, that's when turnovers come," Garrett Temple says. "Being able to keep the turnovers low in the fourth quarter, it has a lot to do with being in better shape."

"When you're tired, you try to force some and you throw some away," Wall says, agreeing with Temple. "Being in better conditioning, you definitely read things and finish things better."

The former is the trickier one and hits at what was stated above. When Wall was struggling a few weeks ago, Wittman spoke harshly at those who criticized his star point guard, saying they "have no idea how the game is being played." When I ask Wittman to revisit that line last night, the head coach notes that one of the reasons he delivered it was because he knew his young star was "evolving." That doesn't always happen overnight. 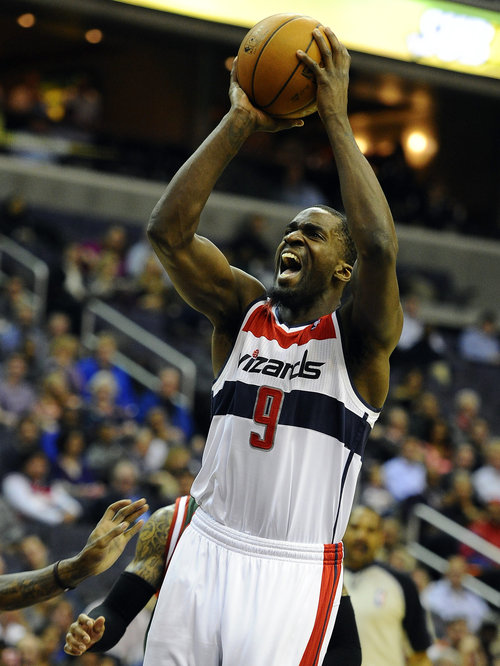 How do these things have anything to do with each other? Click to find out.

Wall's understanding of "pace" is constantly evolving. Wittman says Wall's performance against the Bucks was "one of his best games in terms of sustaining the pace of the game." That's been a difficult thing for Wall all year, and he offers an interesting explanation as to why.

"When I was thinking about pace, I thought "pace" was pushing it every time and looking for easy shots. But just listening to Coach Witt talking and watching film, pace is just how I push it up," Wall says. "Maybe I pitch it ahead and someone else gets an easy basket. Or, maybe I push it ahead and throw it into the post. Just getting the defense moving so we don't have to run a set play every time."

The Honda-like play to throw it ahead is better than the Ferrari-like maneuver to fly down the court with the dribble sometimes. It's just one game, but Wall may be starting to grasp that concept.

"He's a competitor, so he feels like he has to be Superman. There are times when he does; tonight was a perfect example. But he did it in a simple way. It was simplified," Webster says. "There wasn't too much going behind-the-back and jumping for passes. It was, 'Hey, I see two guys coming out, I'm going to pass it.' Or, 'I see an open lane? OK, I'm going to take advantage of it."

In other words: speed and leaping ability needs to be harnessed. That's the ongoing evolution of John Wall.