John Wall hooks up teammates with new phones and headphones

Wall is spreading the love to his teammates with his new endorsements.

Share All sharing options for: John Wall hooks up teammates with new phones and headphones

It's pretty cool to hear that John Wall is using his endorsements to hook up his teammates with free cell phones and headphones (read more here). I mean, it's not like his teammates can't get these things already -- even Garrett Temple said "Everybody basically had Beats" -- but still, it's certainly a well-meaning gesture. If nothing else, it's nice to see him giving his teammates legit stuff, instead of good deals he found on eBay, like when Mike bought us these totally legitimate Michael Jordan Bullets throwback jerseys a few years back. 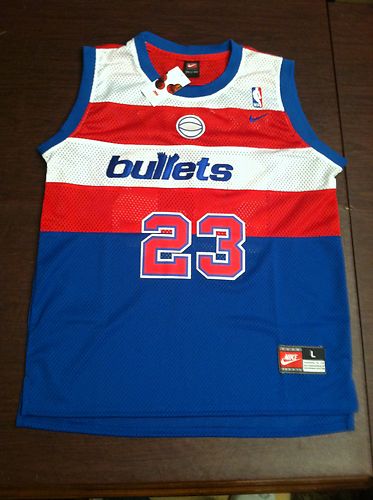 Anyway, it got us wondering what other players on the team would give their teammates, using their endorsement leverage:

Trevor Ariza: Coupons for In-N-Out, because everything is better for Ariza in L.A.

Trevor Booker: Copies of Get Crunk Wit U You Wit. He's not really an endorser of Lil Jon, but he likes to get crunk and it shows good team camraderie, so I'm sure the team would like it.

Cartier Martin: Cartier watches. No, Martin isn't an endorser of Cartier watches, but I bet he would give Randy Wittman a good reason to start him if he gave him one. Just a thought.

Emeka Okafor: A subscription for College Sports TV. Originally, it was going to be free rides at Six Flags, but we all know how that turned out.

A.J. Price: Copies of The Amityville Horror, just in case anyone forgot where he grew up.

Chris Singleton: Either Spalding Shoes, or money to blow in the club. Their choice.

Garrett Temple: He doesn't have any endorsements to speak of, but he can tell you anything you want to know about how to travel.

Jan Vesely: Copies of his cover edition of Basket, where he's dressed like a Wizard.

Martell Webster: The finest Moroccan beard oil you can have imported to the States.