In an interview with 106.7 The Fan, Randy Wittman defended John Wall's recent struggles, encouraged Wall to fight through adversity better and fired back at those criticizing him.

Share All sharing options for: Randy Wittman fires back at John Wall critics

Randy Wittman gave a 15-minute interview to Holden Kushner and Danny Rouhier on 106.7 The Fan earlier today. During the radio segment, he had a strong message to those criticizing John Wall for his recent play.

"The people that want to bash John Wall have no idea how the game is being played and what his impact is on the game," Wittman said.

That's obviously the money quote, but for the purposes of fairness and accuracy, here is a complete transcript of the entire exchange that prompted that quote. As you can see, it was one line in a very detailed answer to a question.

DANNY ROUHIER: I wanted to ask you real quick about John Wall. It's become fashionable around basketball writing circles and the talking heads to club [not sure of word used here] this guy, and I just sort of pull my hair out here wondering why that is. I look at the impact he's had on Bradley Beal, guys shooting close to 50 percent from three since Wall's come back. Martell Webster is towards the top of the league in three-point percentage. Guys aren't getting open shots by accident, even though John might not be scoring like some of the guards we see in the league. Talk about his impact on a basketball game. Obviously, last night was not the best game for him... 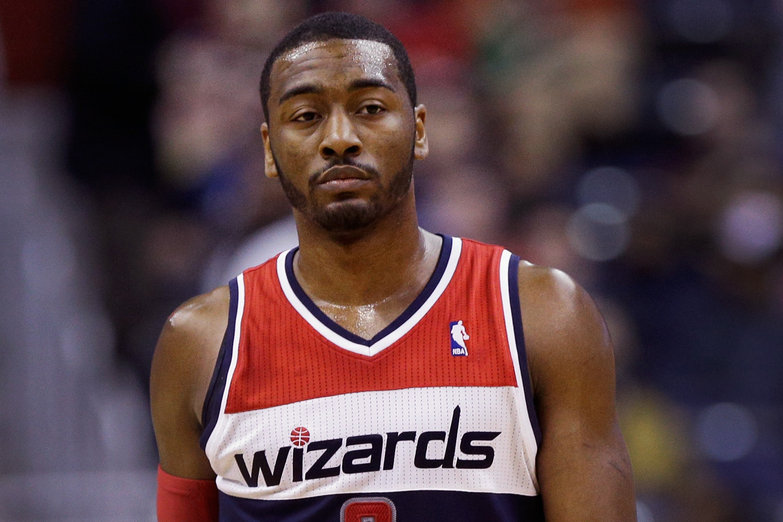 RANDY WITTMAN: Well, it's not going to be night in and night out. That's my job to try to teach these young guys. You're not going to have the perfect night every night. You're going to have a tough night. You've got to fight through. Don't give in to that tough night. You might go 40 minutes where you think you've played the worst basketball you've played in your life, but there's still eight minutes left in that game to do something positive.

We didn't play a particularly good game in Toronto the other night, but we stayed with it. Nene probably played his worst three quarters since I've had him, and he stayed with it. You know what? He scores nine in the fourth, and he probably walks away going like, 'Well, it turned out to be an alright game for me.' But if you give into it, put your head down and feel sorry for yourself through those 40 minutes, you're never going to make it through.

That's kind of what I'm trying to get our guys to understand. Last night was a particularly good example. No, we didn't play well. But we stayed with it and we had a shot to win the game at the end. That's what you have to do in this league.

Hey, John is huge and instrumental to what we've been doing here lately, even though in his eyes, your eyes; it doesn't matter whose eyes lately, they might not think he's playing at the highest level. But his impact on what he can do for other players on this team, as you mentioned, in getting shots for guys that need shots. And not just shots, but open shots. That's huge. That's huge.

Is he going through a tough spell shooting the ball right now? Absolutely. Hey, that's going to happen. That's going to happen again. That's going to happen to Bradley Beal at some point again. Are you going to fight through it, or are you going to give into it? That's the thing that we've got to continue to fight. The thing I was disappointed in last night was that I didn't think we fought all the way through it. We gave into it a little bit, and I think it cost us that game. We still would have had a chance to win that game if we collectively fought through those tough times, and that's what I've got to continue to teach these guys.

Hey, John Wall is huge for this team. The people that want to bash John Wall have no idea how the game is being played and what his impact is on the game. I think everyone always looks at points and that's crazy. John Wall's more than a guy that can score points. I want him to be more than that and he wants to be more than that.

"We have to be more like a duck. Let the water roll down our back and not listen to people that [criticize]"-Randy Wittman

In this world, in this life of NBA and being the No. 1 pick or being one of the best players on the team, there's going to be unfair criticism. That's part of our job. We have to be more like a duck. Let the water roll down our back and not listen to people that [criticize]. Again, that's part of youth and I think helping John understand that.

But hey, that's tough. Listen, that's tough sometimes to handle. When you're continually being bashed in the press, that does take a toll. But you've got to try to not let it.

The entire Wittman 106.7 The Fan interview, including thoughts on Bradley Beal, the Nene/Emeka Okafor combination, the rebuild and more, can be found here.