A couple days after blowing out the Pistons at home, the Wizards looked hapless at The Palace of Auburn Hills. That is, until the fourth quarter, when the reserves came in.

The Washington Wizards were down 12 points late in the third quarter against the Detroit Pistons, seemingly headed towards a split of their home-and-home series that began Saturday with a dominating 106-82 home win.

Then Randy Wittman emptied his bench, which these days includes Nene and Martell Webster, so it wasn't exactly waving a white flag, but still, Washington's reserves have arguably been the league's worst this season, so it's safe to say that things didn't look good.

And then things got better. Nene made a layup and free throw to end the quarter, and assisted a Webster layup to start the fourth. A couple Kevin Seraphin layups, an Otto Porter jumper, and Webster three later, and in four minutes the Wizards' bench had turned a 12-point deficit into a two-point lead.

John Wall finished the Pistons off with a number of clutch plays, and generally played another excellent game, finishing with a game-high 29 points and seven assists. No other Wizard scored more than 15 points, but Washington did get 35 points from its maligned reserves, including seven from rookie Otto Porter, who made 3-of-4 shots and a couple nice defensive plays with his length.

Oh yeah, and the win got the Wizards back to .500 for the second time this season. Happy New Year everybody!! Stay safe.

0 - Wizards starters with a positive plus/minus against the Pistons.

5 - Wizards reserves with a double-digit plus/minus against the Pistons.

14 - Free throws made by John Wall against the Pistons, on 15 attempts.

It’s basically been Etroit vs. the Wizars tonight. Neither team deserves to have the "D" in their name.

This would've been such a classic Wiz letdown game, which makes the 4th quarter so much more awesome

Wizards have Marcin’d back to .500 and want to keep making a Nename for themselves, but they must keep climbing the Wall to be the real Beal 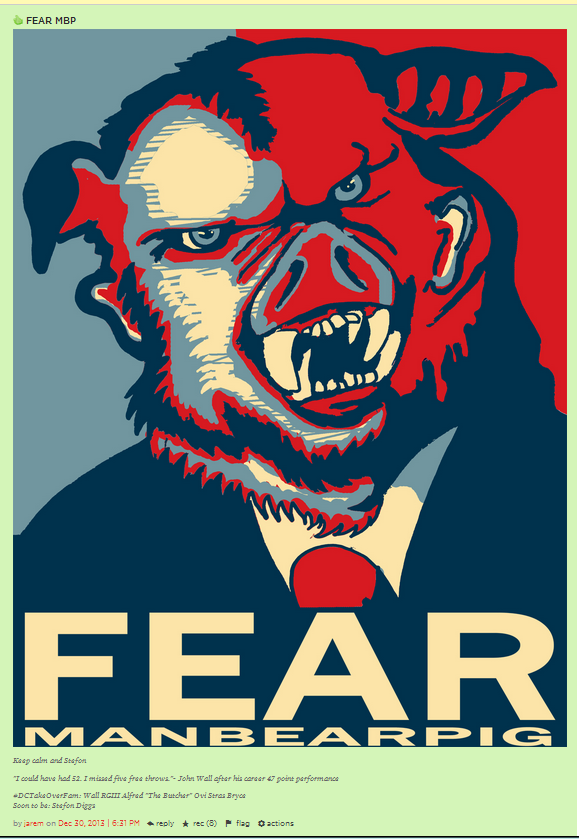