Marcin Gortat isn't happy about his role on offense

The Wizards' center spoke out about being used too far from the basket after the Wizards' 113-97 loss to the Los Angeles Clippers on Saturday.

Share All sharing options for: Marcin Gortat isn't happy about his role on offense

Marcin Gortat has looked a little out of sorts the past couple games. In Atlanta, he passed up a number of open looks from the perimeter, including one in a crucial possession late in the game. Against the Clippers on Saturday, he seemed unusually trigger-happy from the perimeter and hit just 3-10 from the field.

He was asked about this following Saturday's game. Here's his answer, via CSN Washington's J Michael:

"I just don't like the position I play. I'm constantly drifting more and more away from the basket. Quite honestly, that's not my game. I'm capable of making or two plays like that but I feel more comfortable underneath the basket," Gortat said. "I just got to talk to coach and clear things up. Just make sure we're on the same page."

This isn't the first time Gortat has spoken out like this, as he made similar comments 13 months ago as a member of the Phoenix Suns. This is the double-edged sword of Gortat's honest nature. He is gregarious when the team is winning, but if the team is struggling, he's not afraid to speak his mind.

Does he have a point? To a degree, absolutely. This is Gortat's shot distribution chart this season: 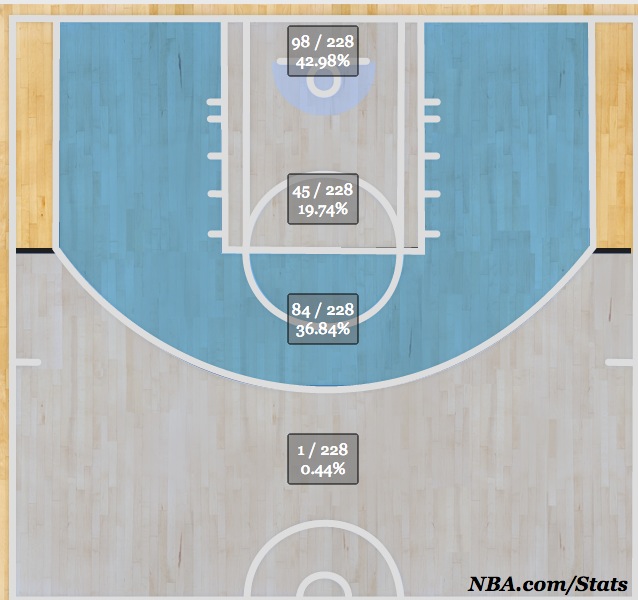 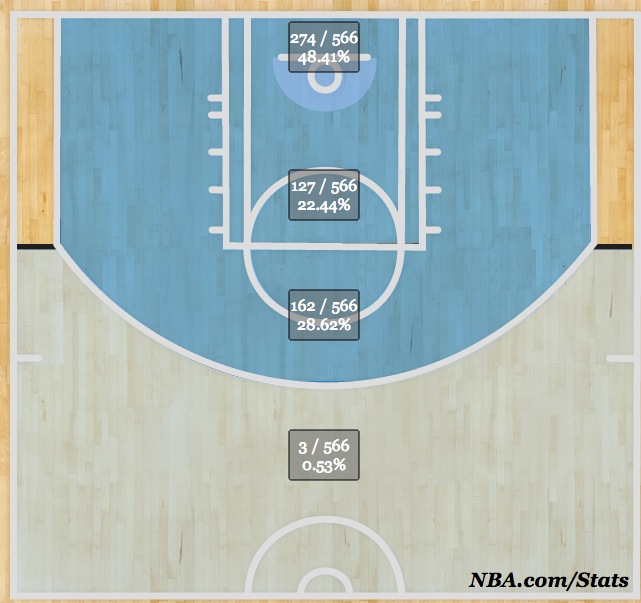 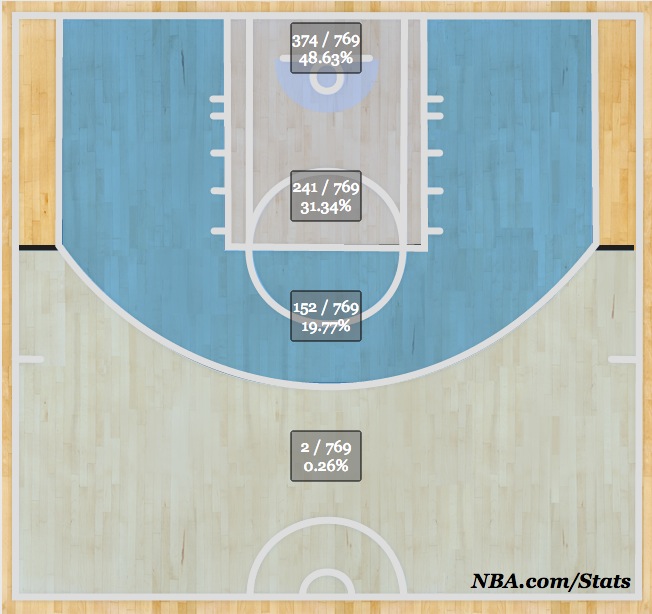 As you can see, Gortat is shooting twice as high a percentage of his shots from mid-range as he did in 2011-12, his year with Steve Nash in Phoenix. That's a massive, massive jump. So yes, he has a point.

It's also a point that makes sense when you consider Wittman's offense, which generates way too many long two-point jumpers, the worst shot in basketball. It's almost like Wittman is transferring his own playing experience (he was an elite mid-range shooter in the 80s) to his team. Right now, the Wizards are shooting just under 28 mid-range jumpers per game, tops in the NBA. Their percentage on those shots is 34.4 percent, fourth-worst in the league. Last year, the Wizards shot the fourth-most mid-range jumpers in the league and hit the eighth-worst percentage. And you wonder why this is one of the worst offenses in the NBA.

Of course, diagnosing a problem is just one step. Can it be fixed?

Part of the problem here is that Gortat is playing in an offense that cannot space the floor like his Phoenix teams. We all know John Wall's shooting issues, even now. Martell Webster and Bradley Beal are great floor-spacers, but one is injured and the other is playing through injury. Trevor Ariza is hitting a high percentage from deep, but teams still don't respect him. Nene is a poor jump-shooter, and Trevor Booker, despite his recent strong play, is even worse.

The act of getting Gortat to the rim is therefore very difficult. There are two common ways to get the ball inside: via a post-up or a pick and roll with good floor spacing. Gortat can post up, but it's not his strength. His strength is diving to the rim ... but he can't do that if there's no space.

So, the Wizards need to get creative. Playing smaller lineups could help. Running misdirection on the opposite side on Wall/Gortat pick and rolls will too because it'll give the defense something else to think about.

But these are difficult solutions to execute. The real problem is the way this team is constructed.