Path to the Playoffs: The Wizards and the Cavaliers

A strong push in second half of the 2012/13 season has the healthy Wizards eyeing the playoffs, but can they beat out the competition? Path to the Playoffs next takes a look at the improved Cleveland Cavaliers.

Share All sharing options for: Path to the Playoffs: The Wizards and the Cavaliers

Cleveland general manager Chris Grant has picked players high in the lottery that have been the subject of much debate. Tristan Thompson and Dion Waiters both show signs of capitalizing on their tremendous promise, but when you can't trade your last two high lottery picks and the No. 1 pick in the draft (weak or not) for a true All-Star in LaMarcus Aldridge, as rumored, it doesn't say much about your immediate prospects. The Cavaliers are much-improved on paper, but I am not as high on them as many others.

The Cavaliers once again look to Kyrie Irving. Irving is on the brink of superstardom, but you kind of wonder if a career arc like Tracy McGrady awaits if a supporting cast doesn't materialize. If Grant had managed to swing a deal for Aldridge, LeBron James to Cleveland next season would be on everyone's mind.

For now, the Cavs boast a fairly robust backcourt with Waiters starting opposite Irving. Chris Grant brought in Jarrett Jack for yet another dose of firepower to put next to C.J. Miles. Cleveland may have to win games by outscoring opposing backcourts, and by a significant margin.

Path to the Playoffs 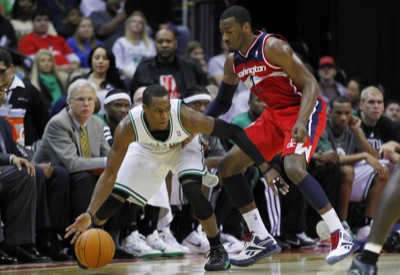 Who's the starter at small forward? Alonzo Gee is the incumbent and will end up battling Earl Clark for minutes, this season at least. Both players are versatile defenders who get their points without being fed the ball, until playoff-caliber defenses tighten up in the halfcourt. The Cavs selected Sergey Karasev with the No. 19 pick this year, but he's raw. Don't expect him to log more than garbage minutes. This is definitely a need going forward for Cleveland.

Thompson is the incumbent up front, and he's shown signs of becoming an excellent defender. The hope is that switching shooting hands this season will help his offense. Anthony Bennett is the number one pick who has tantalizing offensive potential with major question marks defensively coming out of college. It's not hard to guess which way Mike Brown will lean for his starter.

At center, the Cavs look great on paper, but they're whatever new way Anderson Varejao gets injured and one Andrew Bynum bowling ball away from Tyler Zeller starting. Injuries have finished three straight seasons for Varejao. Bynum didn't play at all last season. Yikes.

New coach Mike Brown has his work cut out for him. With Irving and Varejao at 100 percent (Varejao isn't), this team has quality interior defense, freeing perimeter defenders to gamble a little to get the team into transition. It rebounds well, shoots well enough from the guard positions to open up space for the offensively-challenged front court to operate in the paint, sky for offensive rebounds and rack up second-chance points while Brown gets the best possible defense out of the squad. If Bynum is ready to go, watch out.

But the Wizards' lineup has similar upside. John Wall is becoming nigh unguardable as his shot improves. Should Bradley Beal build on last season's work and Martell Webster perform close to the standard he set, the Wizards will enjoy superior spacing as well as distribution. Nene at 100 percent and passing out of the high post on offense means Jan Vesely can (hopefully) concentrate on cutting and cleaning up the offensive glass, two things he'll need to excel at this season.

Even with Emeka Okafor's scary injury forcing the Wizards to rely on their shaky frontcourt depth before the season's begun, I give the regular-season edge to the Wizards. (Surprise). Kyrie will be Kyrie, but Wall with a jumpshot is going to wreck this league.

The real X-factors here are each team's youth. Will Jan Vesely and Kevin Seraphin look like NBA-caliber starters? Will Tristan Thompson become an elite defender? What will Otto Porter and Anthony Bennett do? Will the injury bug tip the scales and become a plague or swing both teams back to healthy?

For fans of both teams: many questions, no answers, stress. Buckle up.