It appears that Marcin Gortat is the only member of Friday's blockbuster trade that will stay with the club.

It's becoming more and more clear that the Wizards only made a deal with the Suns to get Marcin Gortat. The other three members of the trade that were thrown in for salary purposes -- Shannon Brown, Kendall Marshall and Malcolm Lee -- will be waived.

Wizards trade was strictly for Gortat. Will waive Kendall Marshall, Shannon Brown and Malcolm Lee in the next few days, sources told ESPN. 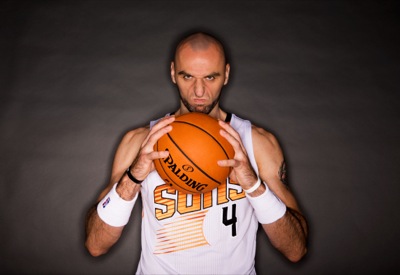 This is happening because the Wizards are three players over the roster limit of 15. They have to let go of players to get back under the limit, even though they all have guaranteed contracts. Brown will make $3.5 million this year, Marshall makes $2 million and Lee makes a little under $900k, according to Sham Sports. Once waived, they will stay on waivers, where teams get chances to claim them at their current salaries. Once they clear waivers, they are free agents and the Wizards are on the hook for their contracts.

It is a little surprising that the Wizards wouldn't try to keep some of them and waive other players. Brown could have helped the Wizards as a bench scorer, and Marshall was a lottery pick last year, even though he was a massive disappointment. Surely there's more use to keeping them than Jan Vesely or Chris Singleton, right? Guess not.