I'm not really sure what to make of Trevor Ariza next season.

On the one hand, avid NBA fans have come to understand his unique brand of athleticism, errant shooting, awkward movements and sometimes-breathtaking fast-break play. On the other hand, he's also been shuffled into so many different roles over the course of his career. He was the jolt of energy in Orlando, the designated defender in Los Angeles, the featured player in Houston, the stand-in-the-corner floo r spacer in New Orleans ... that's a lot of roles!

And now, he comes to the Wizards, a poor shooter on a team with poor shooters, but a fast-break player on a team that wants to force turnovers and play in the open floor. He also has an early-termination option on his contract that he can exercise next summer, and he'd love to have the kind of season that reintroduces his skills to the league and allows him to cash in as a free agent. The Wizards know that Ariza will generally be a positive defensively and on fast breaks, but for him to recoup his value, both to the Wizards and to the rest of the league, he has to not hinder their offense.

Simple enough, right? Perhaps so, but it's the most important thing. After a hot shooting stretch with the Lakers in the 2009 NBA Playoffs, Ariza's perimeter shooting simply hasn't been good enough for teams to respect him. His three-point shooting percentages since then: 33.4 percent, 30.3 percent, 33.9 percent. Those are some mediocre numbers.

Because of that, teams often use his defender to help cut off dribble penetration. For example. 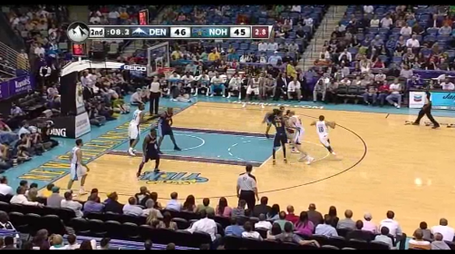 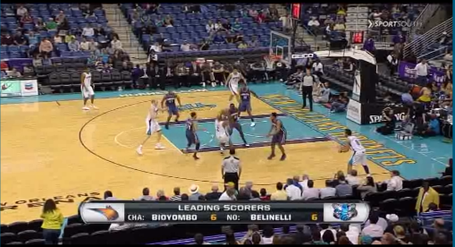 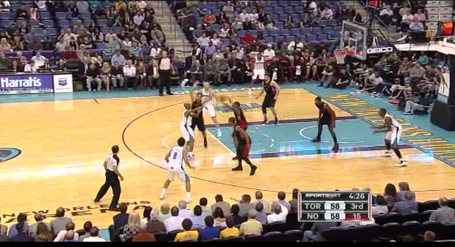 Overall, Ariza hit just under 38 percent of his spot-up three-point attempts specifically, according to MySynergySports.com. That's not all that great, but there is some hope. Last season, Ariza was actually a decent three-point shooter from the corners, hitting 41 percent from there as opposed to 28 percent above the break. It was a small sample size, but it does provide some reason to believe that if Ariza is placed in the corner in a majority of Wizards offensive sets, he can shoot a decent percentage.

One of the big problems with Ariza that I have after watching many spot-up clips is that he isn't really a huge threat as a driver. To be a good spot-up player, you have to be able to effectively shot-fake and drive to the basket when defenders close out too quickly.

The problem with Ariza is that his shooting motion is so upright that he takes too long to get low and explode to the rim. Once he gets a full head of steam, like he does in transition, he has excellent body control and explosiveness. Getting started, though, is an issue, and it's why he often looks awkward trying to maneuver around defenders in the lane.

I worry that this is impossible to fix unless Ariza changes his shooting motion to make his release faster. That's a tough thing to alter this late in his career.

This goes along with the previous gripe, but Ariza's escape dribble (basketball jargon for the dribble one makes to elude a closing out defender) is too high too often. Again, if he were better at getting lower to the ground when shot-faking, he would get better at this.

Ariza has some really nifty body control when running with a full head of steam, but his slender frame has difficulty absorbing contact without a running start. He hit just 58 percent of his shots at the rim last year, and that includes all those gliding layups in transition. He generally does well when he needs to elude defenders and poorly when he has to power through them. Increased upper-body strength is the best fix for the latter.

Summing it all up

If this seems like a lot to fix, it is. Ariza really is that poor of an offensive player in the role that the Wizards will need him to fill. If one is looking for optimism, they could look at this and say that every problem Ariza has is connected. If Ariza shoots the same percentage from the corners, he'll force defenders to close out at him differently. If he becomes better at getting his body lower to the ground when he fakes shots, he'll become better at using his escape dribble and finishing in traffic. Fixing one problem goes a long way towards fixing all problems.

More importantly: Ariza doesn't have to become a great spot-up player to be a valuable overall player. He just has to not be a self-check, because then his defense and transition play will make him worth keeping on the court.