Andray Blatche departs, Ted Leonsis speaks out and Nene gets hurt. We review the offseason all in one.

Our month-by-month look back at the Wizards' 2012 through the words of the Bullets Forever community continues with July, August and September. We decided to lump the entire offseason together. Enjoy. 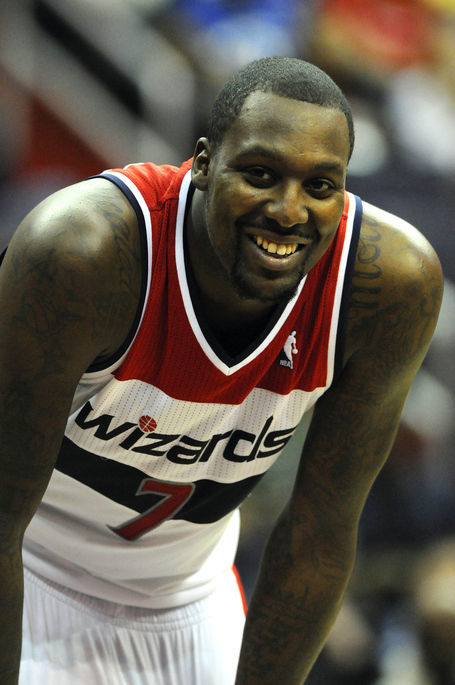 The Andray Blatche era ends unceremoniously. After trying to make a last-ditch effort to trade him, then trying again, then dragging their feet some more, then the Wizards finally use the amnesty clause to let Blatche go.

The day has finally come. With the Tuesday midnight deadline fast approaching, the Washington Wizards have decided to use the amnesty clause on Andray Blatche,according to CSN Washington's Chris Miller and NBA.com's David Aldridge. Blatche's seven-year tenure with the Wizards will officially come to an end.

There's just not much upside in Blatche left. The Wizards have done this dance far too many times to think we could ever see the Blatche we saw in 2010 again. It's time to pull the plug.

The Wiz have 99 Problems, but A Blatche ain't one.

The Wizards play decently, but uneventfully. Bradley Beal looked good enough for most to be impressed, but wasn't spectacular.

All in all, it was a decent performance that showed he belonged, but failed to show that he stood out. I've always figured Beal would be more steady than spectacular, so this isn't a huge problem to me. Clearly, he showed that he can be used in a variety of ways, and the Wizards need that kind of multi-dimensional player. That said, I agree with David Thorpe: he's good at a lot of things, but not great at any one thing ... yet. I would like to eventually see him become great at something.

1. Beal - After two summer league games I can say I think I'll like him, a lot. From what I can see against some NBA competition, he does look a bit short. However he's very bulky so size is never really an issue. He plays a very patient game almost to the point of looking slow, but he always seems to get where he wants to go and he gets his shot off. The fact that he can be an asset with the ball in his hands makes him dangerous as a spot up shooter. One of the red flags was that the pretty J doesn't fall consistently, and we've seen some of that but even at this clip he's effective enough to be a very good player. James Harden with a bit of Joe Dumars ceiling?

Tomas Satoransky didn't look like much. All of the second-year players are so-so, particularly Jan Vesely.

And Shelvin Mack was so bad that the Wizards looked to find a replacement:

"We're looking for somebody who can run a ball-club," Cassell admitted. "We've got John Wall, but after John Wall, we need to figure it out. That's what we're trying to do."

NENE IN THE OLYMPICS 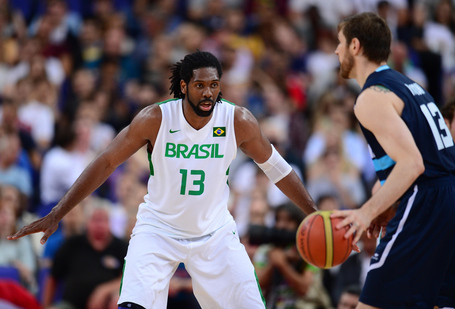 Brazil loses in the quarterfinals, but Nene clearly made his foot worse. This was clear from the moment he stepped onto the court:

Nene walked with a slight limp after the game. The plantar fasciitis that bothered him at times last season has flared up, he said.

"When the ball goes up, I forget about that, though," Nene said.

Perhaps Nene's limited minutes will limit the strain on his foot, which will keep him healthier once November rolls around. I say that because the only way Nene is going to sit at this point is if the injury gets much, much worse. As long as he's just playing through manageable pain, he's going to play.

That leaves Wizards fans to cross their fingers and hope for the best.

The Wizards didn't seem concerned at the time, but clearly, the Olympics did more harm than good. Ernie Grunfeld said the Wizards would take things slow, and they certainly did.

The next step is to compete for a playoff spot; I don't what to be in the draft lottery again next year. As I have said, if we barely miss the playoffs and find ourselves in the lottery, the world won't end, but I don't want to be picking high in the lottery as a result of a poor season. The team needs to make progress and as the year goes on -- like any season -- we will see what ingredients we may need to add.

We visit each of our players and work with them and their personal trainers to ensure they are following the off-season program specifically designed for them. When we visit with them, we continue to share and gather information - it is a continual dialogue between player and team. We have spent time with them during the NBA Summer League as well as when players gather in L.A. or in other cities around the country or when they return here to D.C. There is definitely more off-season coaching and interaction than in the past. The level of communication with our players this summer has been fantastic.