This month: Flip Saunders is fired and the Wizards flounder.

Our month-by-month look back at the Wizards' 2012 through the words of the Bullets Forever community begins with June. This month: Flip Saunders is let go and the Wizards start horribly. 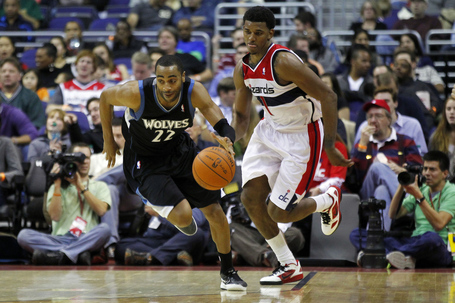 The Timberwolves' loss was the straw that broke the camel's back for many. Here's our recap:

Pointing fingers at any one player or coach misses the point in this one. Everyone's effort was unacceptable. The players had no pep in their steps, the coaching staff failed to empower anyone on the weakside on offense, the shortcomings of the roster (no shooters, no good weakside players, no good screen-setters) were evident and the mentality of "we competed last game, and that's good!" permeated every cut, every dribble and every defensive rotation. Nobody played well in this game.

In the comments, Rook makes a critical change of heart:

I have been against any kind of major sweeping changes. I thought that the Wizards young kids just need some time playing together...

But now, it's gotten through even my thick skull that this team is in dire trouble - and in need of drastic changes.... I've been a staunch Flip Saunders and Ernie Grunfeld supporter - but now I've changed my mind.

Flip Saunders may have signaled his ultimate demise with these postgame comments.

"You can't give 82 Knute Rockne talks, every night," he said. "Your job as a professional in this league is to start preparing for a game the day before and be ready to play. That's what you do."

Flip is correct in that you can't give 82 Knute Rockne speeches (especially since there's only 66 games this year), but you damn well shouldn't have to. The coaching ability Wizards fandom is desperately seeking evidence of is transformational leadership, and the roster change may represent Flip's last stand.

This was also the first time fans booed after the game. Here is DavidDunn's reaction:

The time for you to start worrying is when they STOP booing. When they stop coming...when they just don't care. Wizards fans still care. It doesn't matter if fans know what is going on or not. It is time to take accountability and start making the effort and the changes that will demonstrate that each of you, player to coach, still care.

Flip Saunders was not happy about that play. Here, JaVale reacts.

"Apparently, if you get a fast break and you throw it off the backboard in the third quarter and you're 1-11, you're not supposed to do stuff like that," McGee said. "I felt like I was trying to get the team hyped and trying to make a good play, so I felt like we did that, and we went on a run from there."

"Julius Erving retrieved the loose ball, dribbled up the left sideline, rocked the ball back like a baby, and dunked it over Michael Cooper in a play that will forever be known as Dr. J's ‘Rock the Cradle' dunk. Coach Flip Saunders appeared agitated as he placed his hands on his waist and grimaced. Assistant Randy Wittman looked up, put his hand on his head and rolled his eyes. ‘I told him that's unacceptable,' Saunders said about Erving's highlight dunk. ‘I mean, maybe I'm too old-school, but save that for the all-star game. Not during the game.'"

Then, his mother reacts:

"Look, JaVale does that to break up the monotony. Wouldn't you if you were losing like this? He's been here for four years and it's been same ol', same ol'. I don't want him to get institutionalized to losing. My son is the future of the NBA. I don't want him to be part of this culture of losing forever."

The Wizards played the Nuggets soon after that. Here was George Karl's reaction to Pam's quotes:

"Let's see. Do I trust Flip Saunders, or do I trust a player's minutes to his mother's comments?"

THE WIZARDS BEAT THE THUNDER 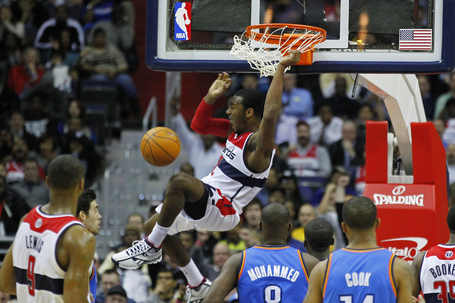 The most improbable win of the season! Here's our immediate reaction from the recap:

Nick Young shut down Kevin Durant in the fourth quarter, and wanted to let us know about it.

"You see KD air-ball one time. I just wanted to let y'all know about that. That was all me right there."

THE BOOS BEGIN FOR ANDRAY BLATCHE 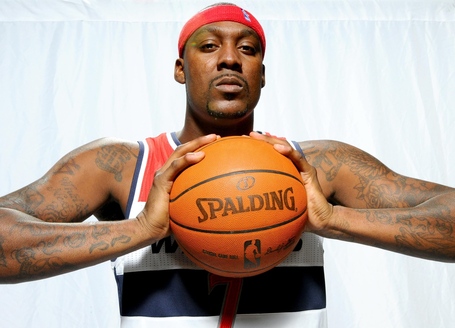 During a disappointing home game against the Nuggets, a smattering of boos greeted Blatche as he entered. This would be a continuing theme throughout the season.

"I can understand where fans get upset or whatever, but I've always said this ... booing is not going to help somebody play better. It's showing displeasure, but I don't think by booing, all of a sudden he's going to go out and get 20 points and 15 rebounds because you're booing him. If that was the case, everyone would do it."

A passionate defense of the boos from YellaFella:

As fans, we justifiably don't like players who we're sure won't give maximum effort for their $8 million. Dray hurts my team with his lazy attitude, his transparent attempts to curry favor with his pronouncements going into each season, his wasting of his ginormous talent -- a talent that could help my team greatly if it were applied with consistent vigor.

And an argument on the other side from returnofswagger in the comments section of that FanPost:

I just feel like, in the big picture, it hurts the team. You don't have to tell the players how hard Blatche works by booing him. They already know. So it just comes off as a negative atmosphere for the whole team, and makes it even tougher on a mentally weak player in Blatche. 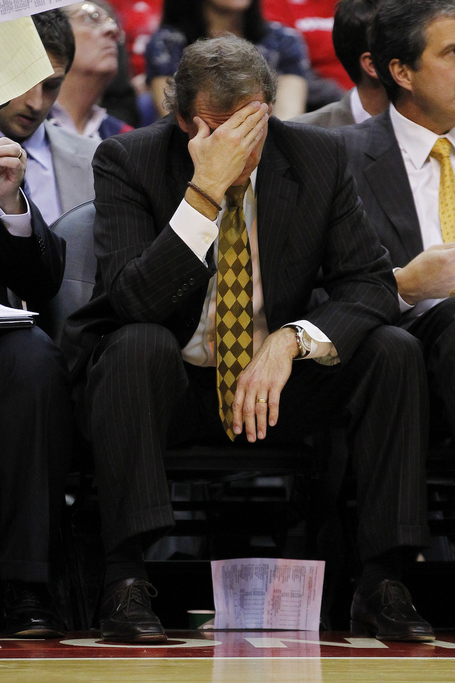 A change is finally made at head coach, as Saunders is fired with the Wizards at 2-15.

"We felt the team had become unresponsive and we will look to Randy to provide a different voice and a change in philosophy moving forward," said Grunfeld. "We have been transparent in how we would evaluate our team this season and we were disappointed in the lack of development of our players at this point in our rebuilding plan."

A blowout loss to the 76ers spurred this:

But really, this is a failure of the status quo:

I'm sure that many will point to the fact that this was a failure on Saunders' part and that a better coach would would have created a slightly palatable lemonade out of the lemons he was given. I get that. But I also am turning my eyes to a front office that continues to draft players that fail to fit the standards of the coaches' system. This status quo has carried over from the Pollins to Ted Leonsis. 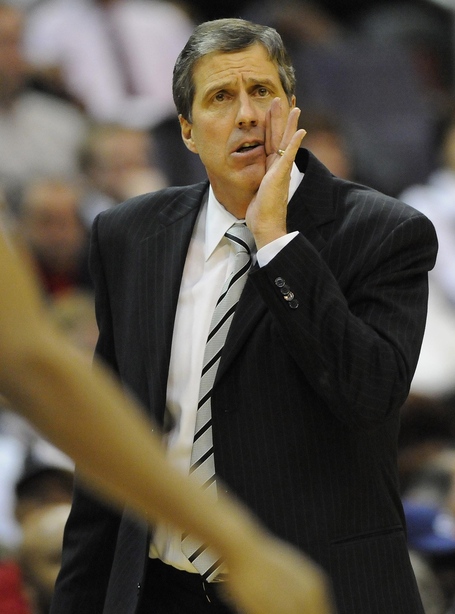 Sure, it was the Bobcats, but a win is a win. Afterwards, he made a now-famous smoking analogy:

"If you're a smoker, you ain't going to drop those habits in a day. I've got to help them kick some of these bad habits that we're in. That's all it is. We've fallen into playing a way that's not conducive for us to win. So when I see them pull out a cigarette, I got to take it out of my mouth."