The New York Knicks come into Verizon Center as one of the most dysfunctional teams in the league. Let's meet them!

Are they good in general?: Not really. They're off to a 2-4 start and they just lost to the Charlotte Bobcats at home. They actually have a losing record since acquiring Carmelo Anthony at the trade deadline last year.

Are they good against the Wizards? This version of the Knicks has not played the Wizards yet.

Are they fast or slow? This is a team coached by Mike D'Antoni, so they should be fast. Instead, they're somewhere in the middle of the pack. That's what happens when you have Anthony and no guards.

Are they especially good at anything? Well, they do have Anthony and Amar'e Stoudemire, and those two like to go one-on-one. They're also both pretty good at it. Probably explains why the Knicks are tops in the league at free-throw rate.

Are there any people involved with the organization that Mike really likes? Danilo Gallinari and Wilson Chandler. Oh.

Are there any people involved with the organization that Mike really doesn't like? I didn't realize the Knicks had to throw in Landry Fields' talent to complete the Anthony trade

Are there any players poised for a breakout? There's always Toney Douglas, but he's pretty miscast as a true point guard right now.

Are there any players the Wizards especially need to worry about? Anthony and Stoudemire is a good start, but also, don't sag off Tyson Chandler too much. If the Knicks ever look for him, he's a threat as the roll man. JaVale McGee needs to stay disciplined.

Is their mascot cool? Man, Spike Lee looks so realistic! It's almost as if he's a real person! 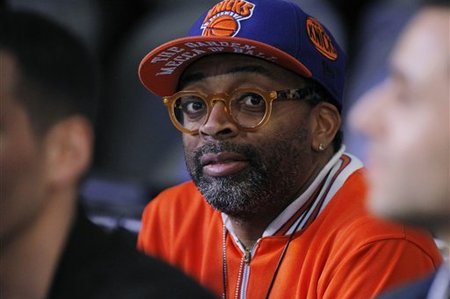 Any other random quirks? Wonder if Ted invited Spike again.