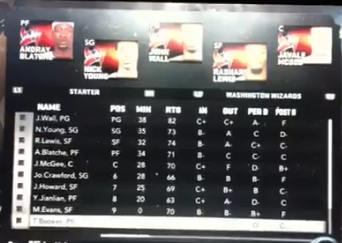 NBA 2k12 player ratings have been leaked on this YouTube video, and because the lockout is still ongoing, this is what counts as a basketball-related posting topic. Here are the Wizards' ratings in case you can't see that screenshot so easily.

Rookies aren't in the game, which is why you don't see Jan Vesely, Chris Singleton and Shelvin Mack in here.  Obviously, that's not a very good video game team. JaVale McGee is slightly better than last year, but he's still probably not going to be happy with his rating.

This, though, is the part that really stings if you're into these rankings. 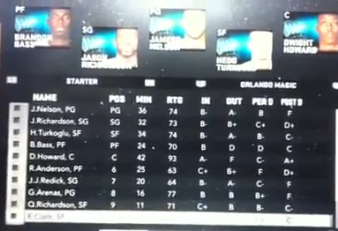 Yup, that's Gilbert Arenas, coming in with a 77 rating. Apparently, NBA 2k12 believes Arenas would be the second-best player on the Wizards.  Yikes.