The Washington Wizards are in Atlanta tonight to take on Jordan Crawford's fellow mates in the Hawks. Go below the jump to learn more about the team that really wants you to know they made a token phone call to acquire Dwight Howard.

Are they good in general?: They finished 45-37 last year and made the second round of the playoffs, and they won their season opener on the road by 36 points. So yes, they're pretty good, though not great.

Are they good against the Wizards? The Hawks went 3-1 against Washington last year, with Washington's only win coming in blowout fashion in April, the month when the Hawks essentially tanked for no reason. One of the Hawks' wins was by four in the second game of the season. Another was by 20 in a game that really wasn't that close on Thanksgiving. The final one was by seven in a tight game at the Verizon Center in early February.

Are they fast or slow? Contrary to the reputation, the Hawks are very slow-paced. They finished 27th in the league with an average of 91.8 possessions per game. Josh Smith likes to run, but none of the other players do, particularly Joe Johnson. They instead run Princeton-type sets where they invert their big men on the elbows and run guards down into the post. Lots of dribble handoffs as well.

Are they especially good at anything? The Hawks take a lot of long jump shots, but they make them too. Only the Wizards (which should make you mad) took more shots from 16-23 feet last year, but only Dallas hit a higher percentage of them. Nobody is better at this than Al Horford, who hit a staggering 53 percent of his shots from this range last year. No player was better in the entire league -- not even Dirk Nowitzki. (Rashard Lewis in Washington is the only one ahead of him, but it's only for his short D.C. tenure).

Are they especially bad at anything? The reason they never run: they don't force turnovers. They were second-to-last in lowest turnover rate last year, which again bodes well for a team that struggles to take care of the ball.

Are there any people involved with the organization that Mike really likes? I've always liked Josh Smith for what he is, and you know I love Horford.

Are there any people involved with the organization that Mike really doesn't like? This is Marvin Williams' seventh year, and I've yet to see him flash any above-average skill. I guess he can catch fire from deep, but no more so than anyone. He's just inexplicably kind of there.

Are there any players poised for a breakout? Jeff Teague had a big postseason and is now starting at point guard with Kirk Hinrich injured. He's a tricky player on pick and rolls and provides a different dimension to Atlanta's offense. John Wall can't rest on defense tonight.

Are there any players the Wizards especially need to worry about? It's tough, but the Wizards have to close out on Horford, play Joe Johnson tight to force drives, give Josh Smith the open shot and duck underneath ball screens on Teague. All four guys can hurt you. They also have to make Tracy McGrady a scorer -- he's lost his hops, but he has great court vision so he can still hurt you coming off the bench.

Is their mascot cool? Yes. It's an actual hawk and it has its own Twitter account, though it hasn't updated since May. 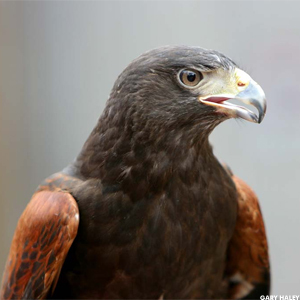 Any other random quirks? Will our good buddy Kirk actually wear glasses as he sits on the bench (he's injured)? Intrigue!

Game thread + pregame nuggets at 7, game time at 7:30. I have a prior engagement, so I'm DVRing and watching later. Sean has your recap.