In Michael Lee's post "Is it Al Thornton time?," there was one sentence near the end of the post that became the proverbial pebble in my shoe. Which sentence was that you ask? Ok, brace yourself. It was the sentence in which Michael Lee reports, that the Wizards are "still undecided about signing second-round pick Hamady N'Diaye." 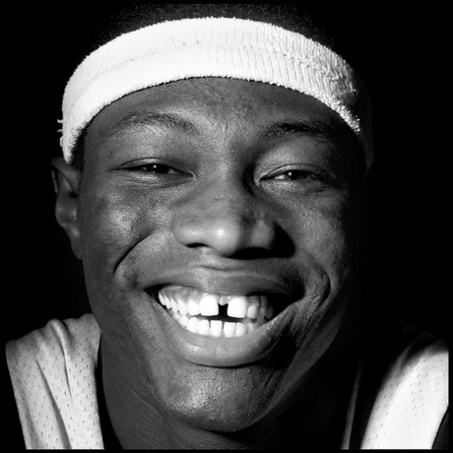 Photo by Ed Murray via blog.nj.com

I can hear some of you know: "That's what bothered you?" "Come on, he was drafted in the second round, he was the 56th pick and few of them actually make a roster." "Hamady is a project at best." "He will not help this team this year." Etcetera, etcetera, etcetera.

And all of thosee points are true. But, that doesn't make me feel any better about that line. In order to provide a little context on the player, let's consider a few recent posts about Hamady:

"Four years of basketball conditioning at Rutgers later, where he leaves as the school’s all-time leader in blocked shots (his 4.5 per game average was third highest in the nation last season) and reigning Big East Defensive Player of the Year, N’diaye finds himself a member of the Washington Wizards — six total years of competitive basketball experience and counting."

"Second, and I want to pay attention to this more in the coming games, but N’diaye hits first when putting in work on the glass. He’s not afraid to throw his frame into the scrum under the paint. In blocking out, Hamady makes the initial contact, something which is usually lost on the likes of JaVale McGee. McGee recently said N’diaye reminded him of a young him (even though "H" is older), but perhaps JaVale should actually try to emulate the new kid on the defensive end."

"Hamady may not have the freakish athleticism of JaVale (and few Centers in the NBA do), but even at this stage in his development Hamady appears to be much more grounded in the fundamentals of the position. Plus - dare I say it - he also seems to have a bit of "nastiness" in him. JaVale and Andray appear to be nice guys and they often play that way on the court. The Wizards, in Trevor Booker, Hamady N’Diaye and possibly Kevin Seraphin (we haven’t seen it yet) have added a few young players that are more physical in their approach to the game."

The Wizards came into this off-season wanting to get younger, develop more toughness, and improve on defense and rebounding. While not a perfect prospect (and what 56th pick in the second round would be), Hamady has all of those attributes. He also will provide them with a third center on this team, which will allow them to actually develop a back up bigman - as opposed to perpetually signing journeyman bigs at a much higher prices. Given his draft position, Hamady will be relatively inexpensive. Players drafted in the second round typically make between $450,000 - $800,000 per year - he would likely earn closer to $450,000 this season, a figure that may or may not be fully or even partially guaranteed. So we are likely talking about a one or two year deal at about $450,000 per year. Not a significant investment by NBA standards.

Let's be clear, I do not think that Hamady will ever develop into a Shaq, David Robinson, Dwight Howard, etc., but given the skills that he has shown in College, a "Ben Wallace-type" of player is not out of the realm of possibility. And who would not want that type of player coming off of the Wizards bench. And just as importantly, banging against JaVale in practice. My fear is that if they decide not to not sign and develop this player, he will show up on another team in a season or two grabbing rebounds, blocking shots and playing very solid defense (ahem... like Ben Wallace). And while he is raw, he does appear to check every box that they said are important to them (i.e. defense, toughness, rebounding). Given some of the questionable personalities that this team has had recently, it is also valid to point out that, by all accounts, he is a solid citizen who appears to be even more mature than the typical 23 year old basketball player. And what team couldn't use more quality people on its roster?

So given that this is a young team that is rebuilding around John Wall, what could be the justification to not sign the guy? Are they desperate for the roster spot? No, they have 3 or 4 open spots depending on if you count Hamady or not. Will he be a burden on their cap space? No, not at approximately $450,000 per year. Do they have a log jam of power forwards, a couple of whom could play a little center? Yes, but in my opinion a power forward is not a center and it often shows. Much like in football you can use a tailback to occassionally play fullback, but those positions require different skills sets, levels of toughness and completely different mentalities.

Let's assume that the Wizards are not eyeing some other young big that they perceive to have more short- and long-term potential than N'Diaye and who may not make his current team. I believe that the Wizards should sign Hamady at an appropriate salary for the 56th pick in the draft. They would have the rest of the off-season and training camp to begin his development and fully assess whether or not he will help this team this year. And if at the end of camp they believe that logging more minutes (as opposed to watching from the bench) is what will speed his development, then they should assign him to their D-League affiliate. Isn't that the primary purpose of the D-League, to serve as the "minor league" of the NBA? If the Wizards are not going to use their relationship with their affiliate, the Dakota Wizards, to its benefit then why have the relationship at all?

For a team that is focused on developing young talent, how can they justify casting off a player who has the qualities that they desire and will cost them very little, in relation to the average NBA salary. A relatively small (and short-term) investment in Hamady may provide for a significant return on their investment. Ultimately, players like Hamady N'Diaye should be held up to a Ben Wallace-test to prevent the organization from making that type of mistake again. 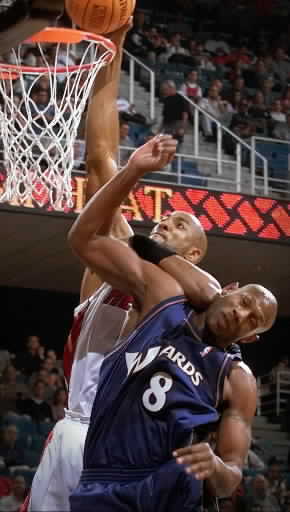 On the bright side, at least they are not discussing an Ike Austin-like trade. Man those were painful times!