Every year, Bullets Forever staff members gather and evaluate the job each player on the team did during the season. However, since 2009/10 was a pretty historic year, we figured it was time to change up the format as a way of commemorating the wackiness of what we just witnessed. We'll do a different player every day around lunchtime, so check back then. Today: Al Thornton.

Contract status: Under contract for $2.8 million next year

Make the jump for some analysis, some humor, some foreshadowing and a chance to grade Al Thornton on a scale of 1-10 in the comments section.

But in another way, he was different than I expected. My impression of Thornton before he came here was that he wasn't the sharpest tool in the shed, but while he definitely struggles with on-court awareness at times, I found him to be down-to-earth and very aware of what he needed to do to play. Flip Saunders clearly liked him a lot, because he always played hard. And frankly, even his space-cadet'y nature on the court was much less of a problem than I expected. He lost players easily in team defensive schemes at times, but he was also a very, very good man defender in isolation situations, and offensively, he did a much better job than he did in LA at cutting off the ball and finding a way to get rebounding opportunities. On that note, I was surprised.

While I don't think Al Thornton is the kind of guy every team needs, I do think that, when engaged like he was in DC, he can play a role. The one thing I gathered from talking to him was that he was really pissed off with how he was treated by the end of his tenure in LA. He wouldn't really elaborate much whenever I or someone else would ask him about it, but I think he grew tired of doing the "stand in the corner and space the floor" role that the Clippers began forcing on him. He eventually responded by disengaging a bit, which probably affected some of his "effort" stats. It's worth noting that Thornton's rebounding percentage, both offensively and defensively, was much better in DC than it was this season in LA. Throw in some inspired defensive performances in isolation situations and some solid plays in transition, and I think it's clear Thornton benefited from a change of scenery.

That said, it's still problematic to rely on Thornton as a key piece moving forward. He's a small forward that isn't a good deep shooter, so floor spacing becomes an issue when he's out there. He likes the ball in isolation opportunities in the left or right corner at 18 feet, but isn't very efficient in those spots. Even when he's engaged, his shot selection is subpar, and he's not a very good dribbler or finisher inside. He may marginally improve some of these areas, but at age 26, it's hard to expect significant changes in his game. His ultimate role is probably an eighth or ninth man on a good team, but he didnt' take too well to a bench role with the Clippers, which needs to be considered.

Ultimately, he's worth keeping around, though, and that's more than I thought I'd say when the trades happened.

A limerick to sum up Al Thornton's season

A player Al Thornton should emulate 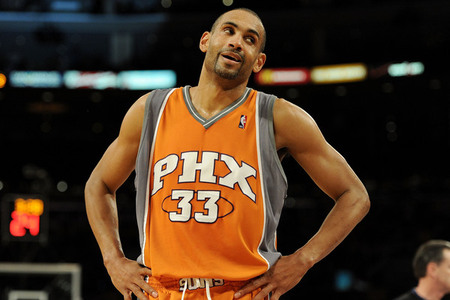 Al Thornton was a tough one for me. I like his energy on defense. I like the fact that he's very athletic and can finish on the break. But Al, just because you can jump high and get your shot off over anyone doesn't mean you should take that contested long two-pointer early in the shot clock.

Al Thornton should emulate Grant Hill. Hill rebounds at a little bit better rate, and has a better assist ratio, but the factor that makes Hill such a good player is his shot selection. He rarely takes a bad shot. The reason he shoots 49% from the field for his career is that he's smart with the shots he takes. Al Thornton would do well to emulate that, and limit his shot attempts to ones he has the best chance of making.

He was drafted only two picks ahead of Nick Young three years ago, and much like Nick, has been unable to reach his tremendous potential. Unfortunately for Al, he will turn 27 next season and has shown little in the way of improvement over his three NBA seasons. He should be in his prime right now, but there is little statistical evidence that he'll imrpvoe.

The Wiz will go panning for gold and hope the light bulb turns on for Thornton this season, but he is more than likely just wasting the time of the Wizards.

Taking all factors into account (expectations, performance, salary, etc.), how would you rate Al Thornton's season on a scale of 1-10, with 1 being Juan Dixon bad and 10 being OMG TEH BEST SEASON EVAH? Post your grade in the comments.