Every year, Bullets Forever staff members gather and evaluate the job each player on the team did during the season. However, since 2009/10 was a pretty historic year, we figured it was time to change up the format as a way of commemorating the wackiness of what we just witnessed. We'll do a different player every day around lunchtime, so check back then. Today: Earl Boykins.

Make the jump for some analysis, some humor, some foreshadowing and a chance to grade Earl Boykins on a scale of 1-10 in the comments section.

I say all this not to gloat. Honestly, that's really not my intention, because this isn't about me. I am saying this to provide some context as to why the Earl Boykins signing was a mistake. It was a signing that indicated that management didn't think at all about real on-court utility or long-term planning. Therefore, I never liked it.

The thing we have to keep in mind is that Earl Boykins did what Earl Boykins always does. There's a reason the guy has been on nine teams (ten if you count his stint in Italy) in his NBA career. As a 5'5'' player, he realized early on that no team was ever going to commit to him, so he remodeled himself as a jitterbug crowd favorite that dominates the ball and scores on all sorts of crazy plays. He knew there were enough teams that valued him enough as a crowd favorite and an "energizer" to give him a chance. That's his only way of surviving in this business, and it's worked for him. Obviously, I wish he was a different kind of player, but he never has been. He's never understood (or, if we're being honest, seeing how tall he is, been capable of knowing) how to really run an offense or set others up using proper spacing, court vision, aggression, etc. He's too small to play good fundamental defense, so he doesn't really try to. These things have been proven time and time again, if anyone ever saw old Earl Boykins clips. I don't blame him - it's how he made his living - but he's not going to change.

Ernie Grunfeld and the Wizards knew all this ... and they still elected to rescue him from Europe when they needed a guard instead of looking elsewhere. Why? They felt like Earl could provide "energy" and "a spark" to lift the team and the crowd. They felt like he knew Gilbert Arenas well, so he could rescue him from his funk. They felt like he knew Flip Saunders' system, when really, he didn't. In other words, they thought about him in terms of buzzwords. They didn't think about how he was going to fit in. They didn't realize that he was going to be a crutch for Arenas to not get his fourth quarter swag back. They didn't realize he is incapable of running any offense, or that he looks for his own points, or that he dribbles aimlessly, or that he doesn't defend. They looked at buzzwords over fit, and that's a recipe for failure.

Sure, it's Earl Boykins, a spare guard on a team needing one. It's not like we're talking about a core piece. But as it turns out, Boykins did make a difference. Like I mentioned before, he took the ball out of Gilbert Arenas' hands in the fourth quarter, which did lead to a couple wins in the short term, but also prolonged Arenas' funk in the long term. He buried Randy Foye on the bench, which sent Foye into his own funk and hurt the team because even Foye the PG is a better option than Boykins. Then, later in the year, he dribbled so much that it threw off our young bigs' rhythm. Thankfully, Shaun Livingston arrived to restore that, but what if he didn't?

At the end of the day, it's not like Earl Boykins did irrecoverable damage to the franchise. He came, he left, and we won't remember him much in 10 years. And I don't hold anything against him as a person, because this is how he's made his living, which in and of itself is quite remarkable. But it was still a mistake to sign him, and I will have a hard time getting over my displeasure about that.

A limerick to sum up Earl Boykins' season

This is a mix of Earl Boykins' Italian career. It has over 23,000 views on YouTube. Rumor has it Ernie Grunfeld is responsible for 20,000 of those.

A player Earl Boykins should emulate 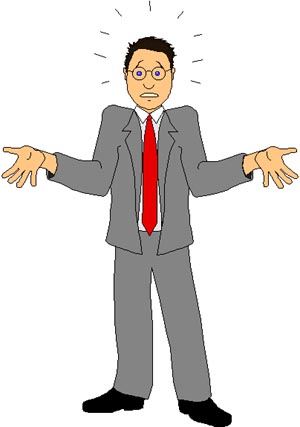 I tell you what Earl, just emulate a Point Guard..... ANY Point Guard that actually passes the ball. I'll settle for that.

Despite him seeming incredibly likeable and getting a reputation as a great closer, I think he was (is?) incredibly overrated. I see he averaged 16 points and six assists per 40 minutes according to HoopData, but without looking at Synergy, I think he was a complete defensive liability and gave away everything he provided on the offensive end. The whole idea of a 'closer' is also incredibly stupid. If he is so great in the 4th quarter, then why not have him grace us with that greatness in the other three quarters? Then, maybe we wouldn't need a closer, but I digress.......

Given that he has aged pretty well, I actually wouldn't mind him sticking around as a mentor to the young guys as an example of what it takes to succeed in the NBA, but a 33-year old ball-dominant PG is not what a rebuilding team needs. The Wiz clearly agree with this assessment, as evidenced by Boykins' playing time dwindling at the end of the season to make way for a guys with more upside in Shaun Livingston. That said, I think he did what the previous four players we've evaluated failed to do, which is take advantage of an opportunity to prove themselves worthy of sticking in this league. He should definitely find a job with another team this offseason, unlikely in that ridiculous closer role, and more likely as a backup PG or scoring option/offensive injection off of the bench.

Taking all factors into account (expectations, performance, salary, etc.), how would you rate Earl Boykins' season on a scale of 1-10, with 1 being Juan Dixon bad and 10 being OMG TEH BEST SEASON EVAH? Post your grade in the comments.